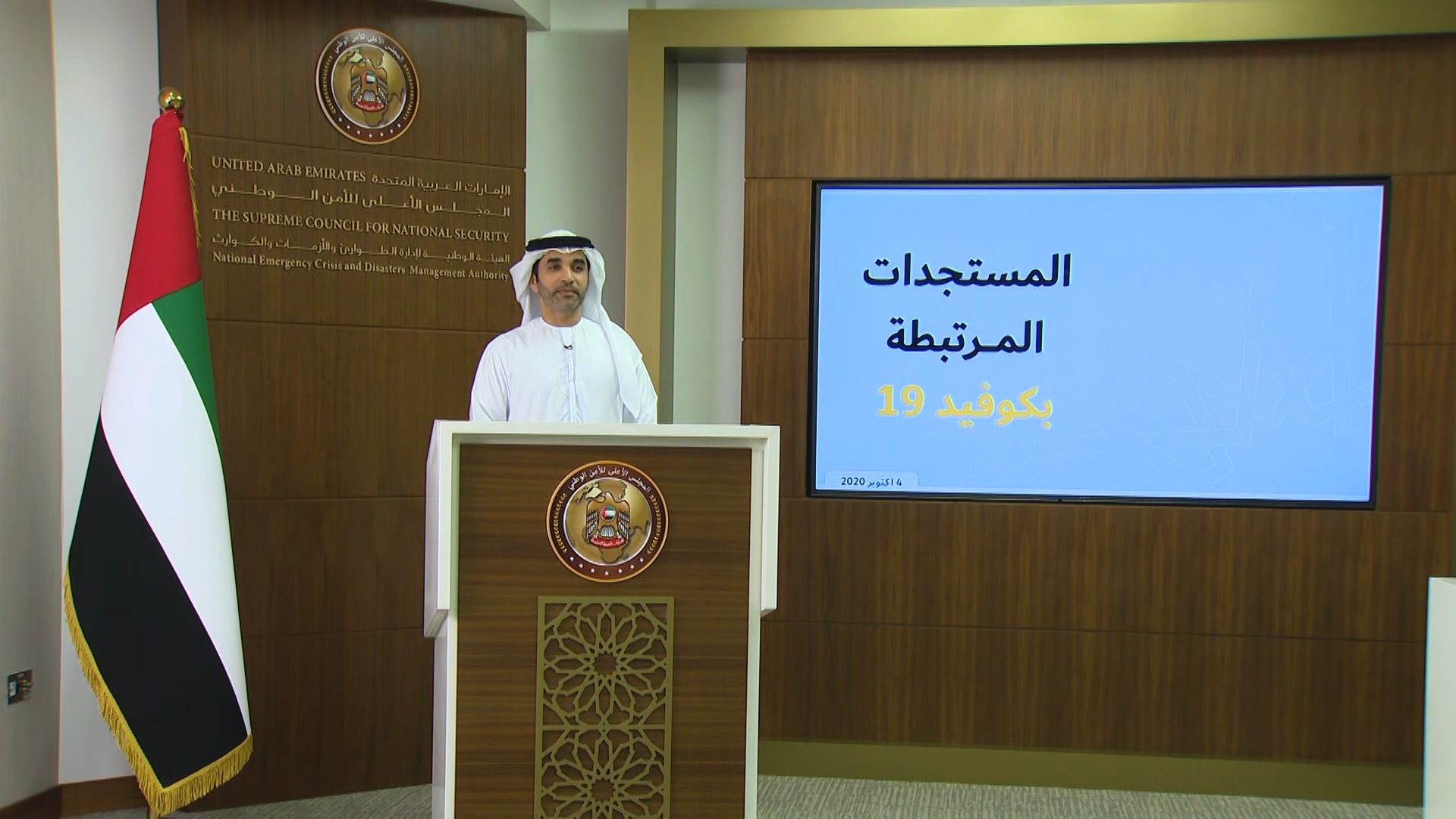 Dr. Saif Al Dhaheri, Official Spokesman of the National Emergency, Crisis and Disasters Management Authority, NCEMA, has urged the public to always put their masks on – as records show that the most-violated guideline in the country is related to wearing masks.

“As declared earlier, not wearing a face mask was the most frequent violation in all emirates and Asian nationalities were the most likely to violate the precautionary measures. We, therefore, plan to raise the public’s awareness and interact with the most vulnerable categories in the Emirati community, by organising a media campaign that will highlight their behaviours and cultures on suitable media outlets,” said Dr. Al Dhaheri.

He stated that NCEMA has adopted a monitoring and inspection system to verify the implementation of all resolutions adhering to the precautionary measures related to the COVID-19 and furthered that seven teams were formed, with one working in each emirate.

During a media briefing held on October 4, Al Dhaheri said that there are directives to monitor the implementation of relevant precautionary and preventive measures, and over 46 protocols were issued under this framework, to protect the safety and health of the community.

“Accordingly, relevant local authorities in every emirate have intensified their monitoring and inspection campaigns, and all recorded violations against people and institutions for not adhering to related precautionary measures, to maintain the achievements of the UAE Government in containing the COVID-19 pandemic. Last week, we presented the outcomes of these ongoing campaigns, to deter anyone from violating the announced resolutions and procedures,” he explained.

Al Dhaheri also pointed out that all relevant authorities around the country are monitoring violations and the highest rates of violations were recorded by police departments, followed by municipalities and departments of economic development and other entities in all the Emirates, reflecting the keenness of authorities to observe precautionary measures and hold accountable anyone who violates the decisions announced by the Federal Emergency, Crisis and Disasters Prosecution.

Al Dhaheri then thanked the UAE’s citizens and residents for trusting the response of the UAE Government to the COVID-19 crisis over the past nine months, noting that after receiving feedback to its previous media briefing, the authority received some requests to clarify the violations.

“We would like to clarify that all violations presented took place during a specific timeline from 1st to 15th September, 2020. Therefore, they do not necessarily involve nationalities other than the ones we mentioned. The total number of violations monitored during this period amounted to 24,894,” he further said.

“During the last briefing, the focus was on the violations in each emirate, not the number of infections. There is no link between the two whatsoever. The increase in violations does not mean an increase in infections, but it is a result of the intensive efforts being made by local authorities to ensure strict compliance with all national laws and protocols.”

Dr. Al Dhaheri said the Emirati crisis management model is mainly inspired by the leadership’s vision for upgrading national resources to proactively respond to and contain the spread of the COVID-19 pandemic.

“In this context, we launched a campaign under the theme ‘We commit to win’, to promote adherence to precautionary measures and to sustain gains and accomplishments through the integration of governmental and community efforts.”

“Today, we announce that the authority has initiated the need to prepare for the flu season from July by calling the health sector to prepare vaccination campaigns at the state level so that the outbreak of influenza does not coincide with the infection of the coronavirus, or what is currently called ‘Twindemic’. The similarity of symptoms and effects of having two infections in the same period will greatly affect the national effort and medical capacity to respond and recover from this crisis,” he noted.

He also revealed that the NCEMA conducted a survey on the UAE society’s reaction to COVID-19 pandemic, where 96.3 percent of the respondents agreed that the UAE Government excellently handled the pandemic. According to the survey results, government efficiency was rated at 95 percent, care, 95.9 percent, response speed 93.5 percent and transparency 91.5 percent.

The survey also confirmed that 94.5 percent are confident that the UAE will mitigate all the impacts of the pandemic.

“We highly value the trust of society and with the cooperation of all federal and local government entities and the commitment of the UAE citizens and residents, we will succeed in overcoming this crisis,” he added.