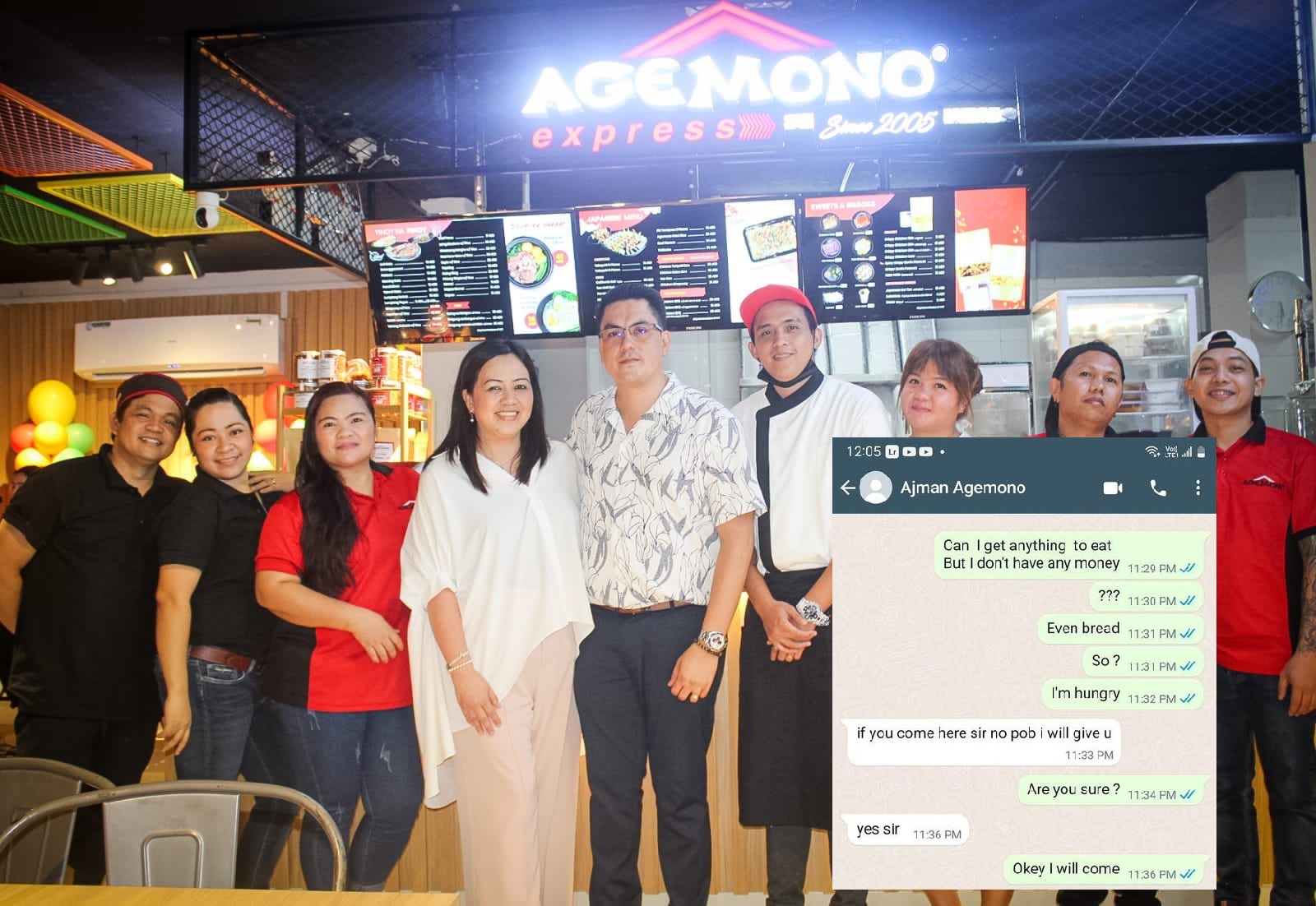 Robert Capulong (center) with Rose (second from left) the manager from Agemono's branch in Ajman who gave the free meal to Moodee.

A WhatsApp message from an expat who lost his job and asked for a free meal has gone viral after the restaurant unexpectedly obliged and gave him a freebie.

Moodee Mahmoud asked the Ajman branch of Agemono Restaurant if he could get a meal as he didn’t have anything to eat for dinner after he lost his job.

“Can I get anything to eat but I don’t have any money.. even bread… I’m hungry,” read his message.

What he didn’t expect was that the restaurant manager, Rose, will provide him with the meal. 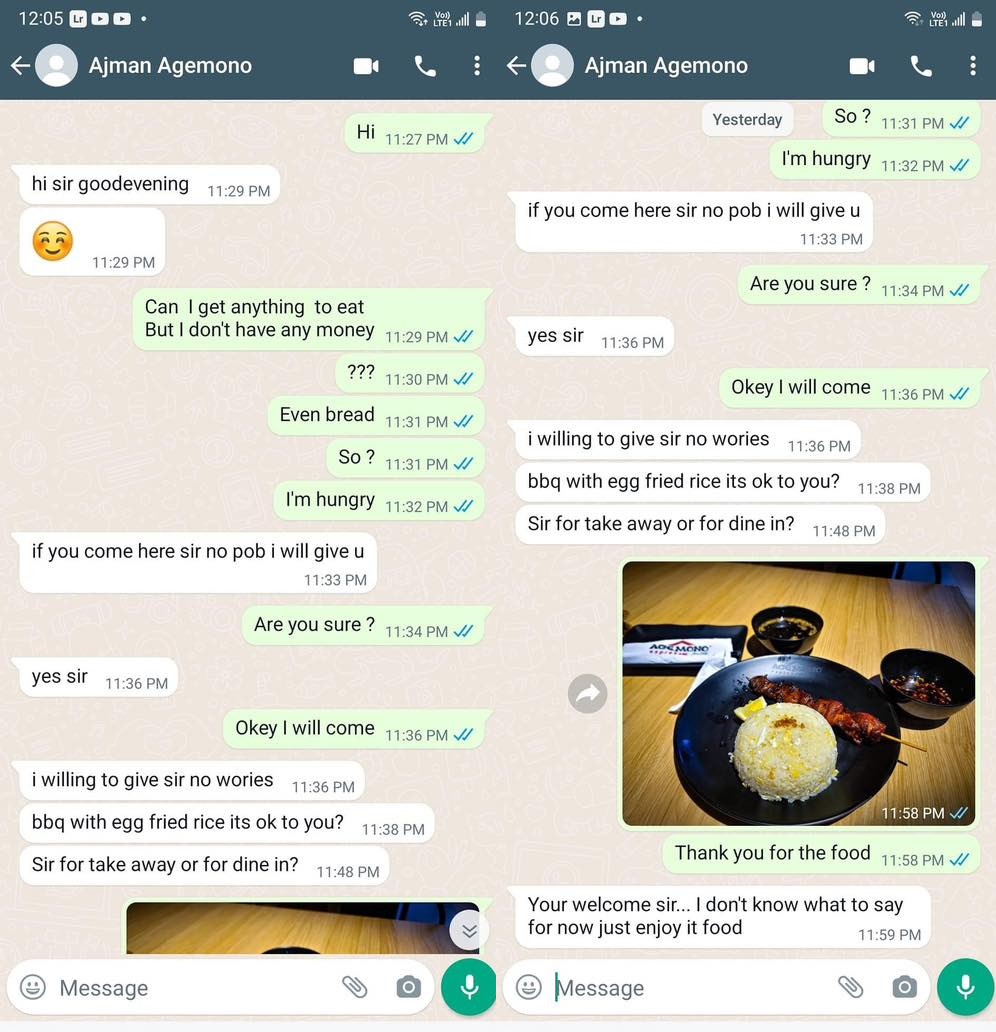 Robert Capulong, owner of Agemono restaurant said that Rose took this initiative on her own since Moodee was a regular customer and took pity when she learned about his situation.

“On that night he sent a message that he lost the job, he doesn’t have money, and he was so hungry. My manager was so pity on his situation that is why she offered food at her own expense,” said Robert in a message to The Filipino Times.

Rose was shocked when Moodee actually paid for the bill and gave the rest as a huge tip for her kindness.

“My manager didn’t know that she was in social media because of what she did. She was in shock and in tears when she found out in social media that it was a social experiment for her she just want to help Mr. Moodee in her own little way. We know that customers will not ask for free meals if they can pay. These kinds of situations mean that if they (customers) approach like that, we can’t say NO if you know that you can feed him/her,” said Robert. 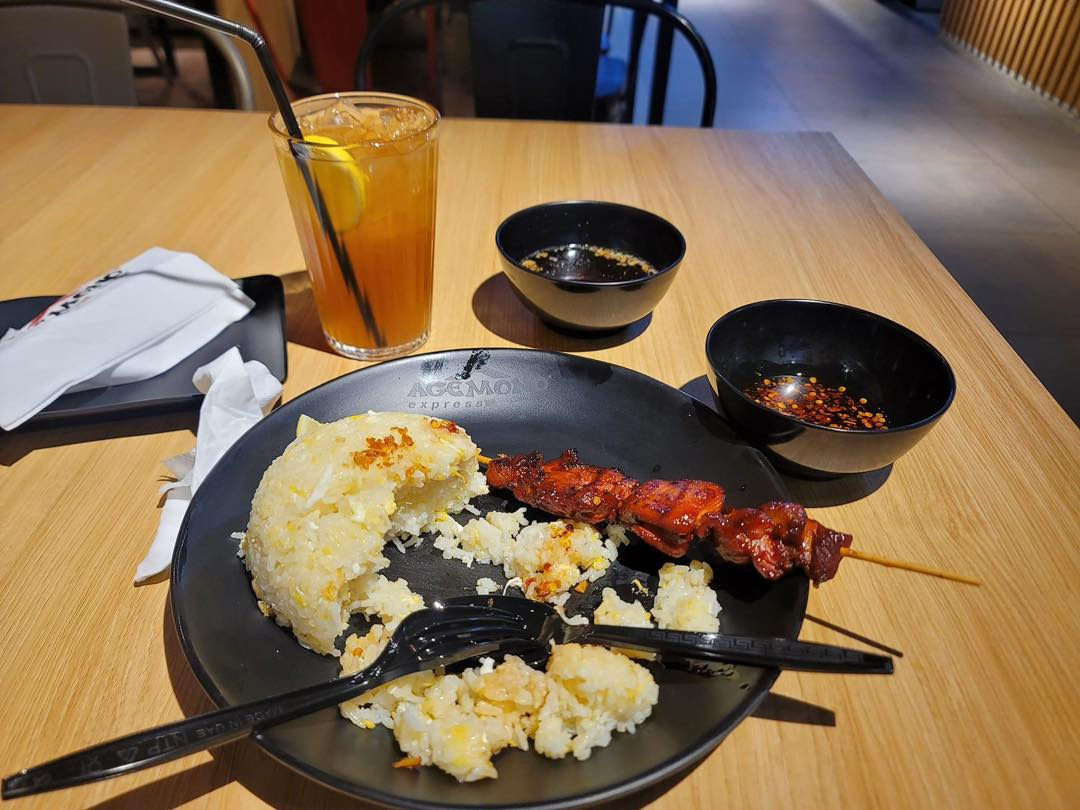 Now that Christmas is around the corner, Robert said that the restaurant and his staff are inspired by the good words of the bible from Galatians 6:9 : “Let’s not get tired of doing good, because in time we’ll have a harvest if we don’t give up.”

“Just spread love and the more you gave your blessings to others it will be folded multiple times back to you. Helping one person has a butterfly effect: Soon your kindness will be contagious and goodness is spread throughout,” he added.

This website uses cookies to improve your experience while you navigate through the website. Out of these, the cookies that are categorized as necessary are stored on your browser as they are essential for the working of basic functionalities of the website. We also use third-party cookies that help us analyze and understand how you use this website. These cookies will be stored in your browser only with your consent. You also have the option to opt-out of these cookies. But opting out of some of these cookies may affect your browsing experience.
Necessary Always Enabled
Necessary cookies are absolutely essential for the website to function properly. These cookies ensure basic functionalities and security features of the website, anonymously.
Functional
Functional cookies help to perform certain functionalities like sharing the content of the website on social media platforms, collect feedbacks, and other third-party features.
Performance
Performance cookies are used to understand and analyze the key performance indexes of the website which helps in delivering a better user experience for the visitors.
Analytics
Analytical cookies are used to understand how visitors interact with the website. These cookies help provide information on metrics the number of visitors, bounce rate, traffic source, etc.
Advertisement
Advertisement cookies are used to provide visitors with relevant ads and marketing campaigns. These cookies track visitors across websites and collect information to provide customized ads.
Others
Other uncategorized cookies are those that are being analyzed and have not been classified into a category as yet.
SAVE & ACCEPT
425 shares
Close