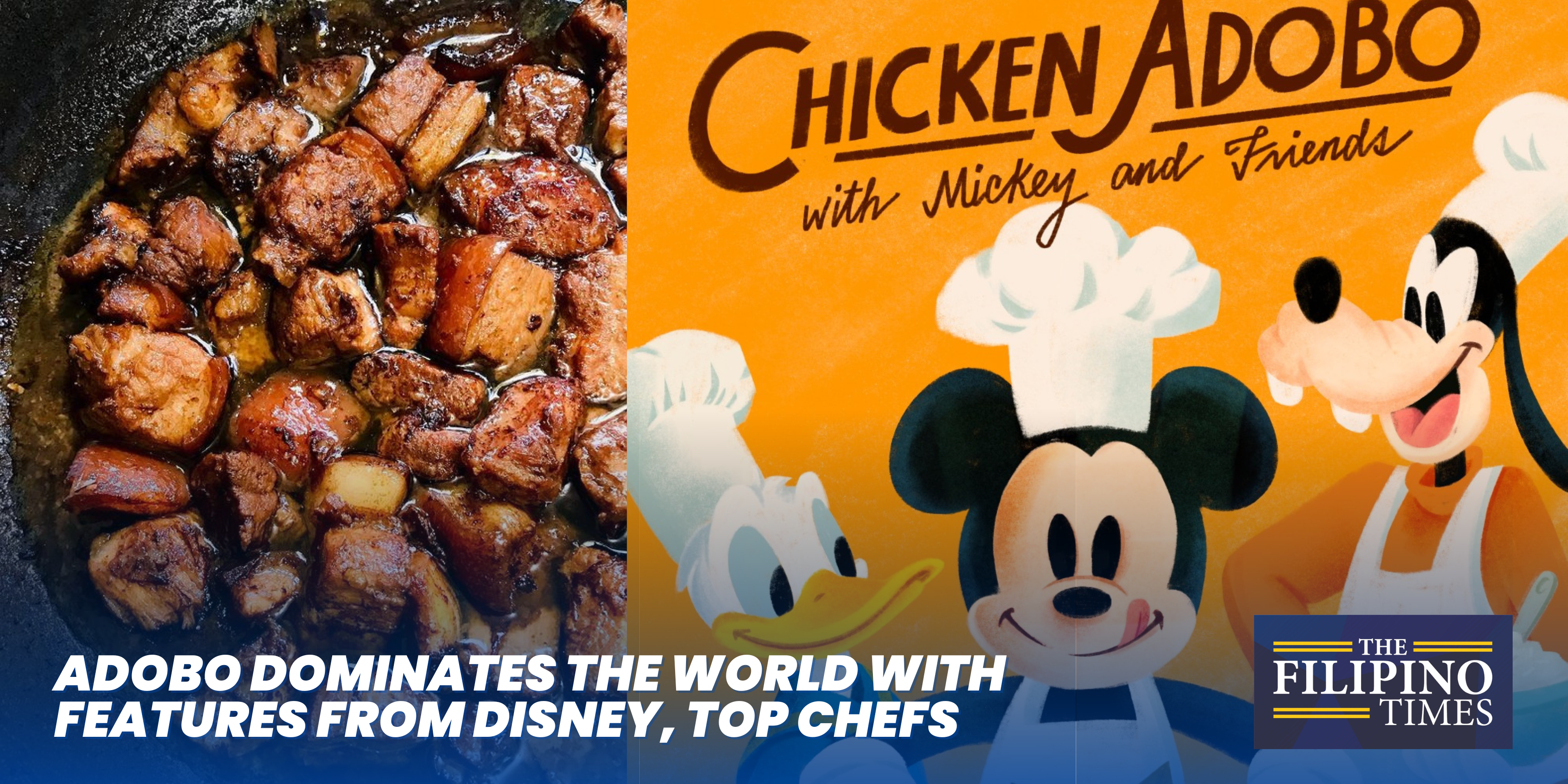 Our national food ‘Adobo’ has taken over the world’s culinary scene as top chefs and even Mickey Mouse shares their own recipe of the most-loved Pinoy dish.

Last Friday, Disney has released an infographic on how to cook Adobo in honor of the Filipino American History month.

The oldest record of Adobo’s existence can be traced back in 1613 by the Spaniard Pedro de San Buenaventura. In his written dictionary, he listed the savory dish as “adobo de los naturales.” The name stuck, hence the use of the word Adobo.

To date, Adobo has been raising the Philippine-flag in the international cuisine scene as top chefs try to make their versions of the Filipino dish.

“Parsley into Filipino Adobo? Uncle Roger is so upset, I put my leg down from chair. Parsley don’t belong in Asian food. You’re not making pasta,” he exclaimed in the video.

Filipino netizens were amazed by his on point reactions to the cooking steps. The video has now almost 6 million views.

After his viral video, several international chefs took to social media to share their own steps in cooking our satisfying ulam including latest online star Chef Andy.

Adobo just keeps winning hearts from across the globe as a restaurant offering Adobo in Chicago gets its first Michelin star.

The Michelin Guide announced last April that “Kasama” restaurant is now a one-Michelin star establishment. Kasama is a bakery and modern Filipino restaurant by husband-and-wife chefs.

The Michelin guide described their food as “an ambitious, clever and distinct meal, where traditional Filipino food is given a creative spin in such items as maitake mushroom adobo with mussel emulsion; “pancit” reflecting Spanish influence with Serrano ham; and an elegant take on “halo-halo” combining Asian pear granita, pandan ice cream and freeze-dried mandarin.

Selena was quick to get the approval of Pinoy netizens as she can be seen using Pinoy soy sauce and vinegar to prepare the dish.

Now that you’ve reached this part of this article looks like you now know what recipe to cook for your lunch or dinner. Go cook Adobo!

This website uses cookies to improve your experience while you navigate through the website. Out of these, the cookies that are categorized as necessary are stored on your browser as they are essential for the working of basic functionalities of the website. We also use third-party cookies that help us analyze and understand how you use this website. These cookies will be stored in your browser only with your consent. You also have the option to opt-out of these cookies. But opting out of some of these cookies may affect your browsing experience.
Necessary Always Enabled
Necessary cookies are absolutely essential for the website to function properly. These cookies ensure basic functionalities and security features of the website, anonymously.
Functional
Functional cookies help to perform certain functionalities like sharing the content of the website on social media platforms, collect feedbacks, and other third-party features.
Performance
Performance cookies are used to understand and analyze the key performance indexes of the website which helps in delivering a better user experience for the visitors.
Analytics
Analytical cookies are used to understand how visitors interact with the website. These cookies help provide information on metrics the number of visitors, bounce rate, traffic source, etc.
Advertisement
Advertisement cookies are used to provide visitors with relevant ads and marketing campaigns. These cookies track visitors across websites and collect information to provide customized ads.
Others
Other uncategorized cookies are those that are being analyzed and have not been classified into a category as yet.
SAVE & ACCEPT
67 shares
Close