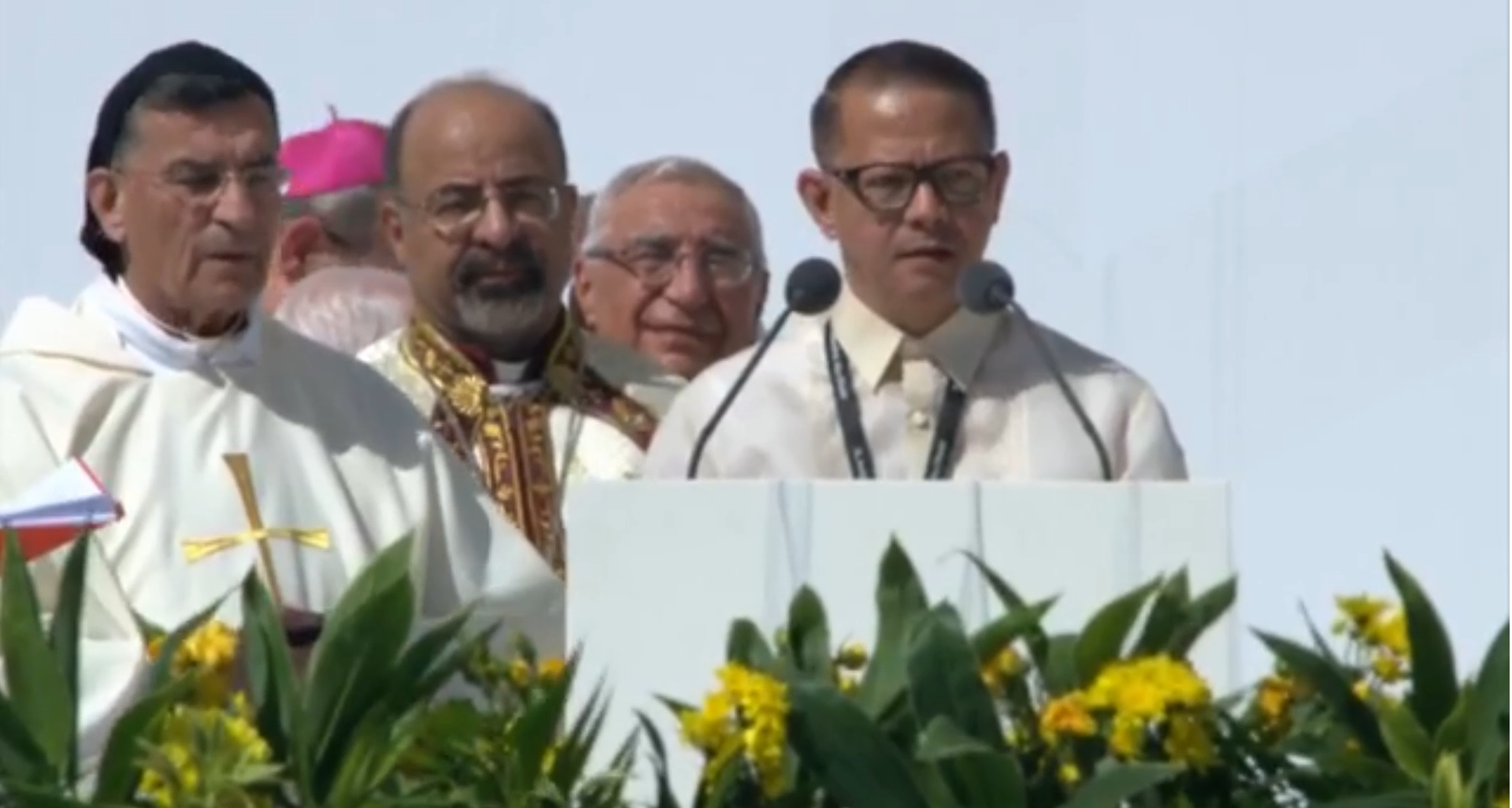 The Papal Mass didn’t only feature the 120-member Papal Choir composed mostly of Filipinos together with Filipina Conductress Joy Santos, another Filipino also had the spotlight for reading the only Tagalog intention for the entire mass.

Edgar Sudario, President of the Lectors and Commentators group for the Tagalog Mass at St. Joseph’s Cathedral in Abu Dhabi read the intention aimed for migrant workers that reflects the struggles of living life abroad away from family members and loved ones and how prayers and sacrifices can bring forth bountiful blessings.

(O generous Father, accompany all migrants and workers who live in these lands with your blessing, that their efforts and sacrifices may bear fruit in good works and in sustaining their families.)

Apart from the Tagalog prayer, other languages spoken include Korean, Konkani, French, Urdu, and Malayalam, representing a wide range of nationalities who attended the Papal Mass.

Pope Francis recently visited the UAE for a 3-day Papal Visit as a positive response to the invitation of His Highness Sheikh Mohammed bin Zayed Al Nahyan, Crown Prince of Abu Dhabi and Deputy Supreme Commander of the Armed Forces of the UAE.

The visit was in line with the celebrations of the UAE’s ‘Year of Tolerance’ in conjunction with the worldwide ‘International Interfaith Meeting on Human Fraternity’ that saw over 400 religious leaders convene to spread harmony and unity through dialogue to walk paths of peace together.

Watch the Tagalog prayer during the Papal Mass here: