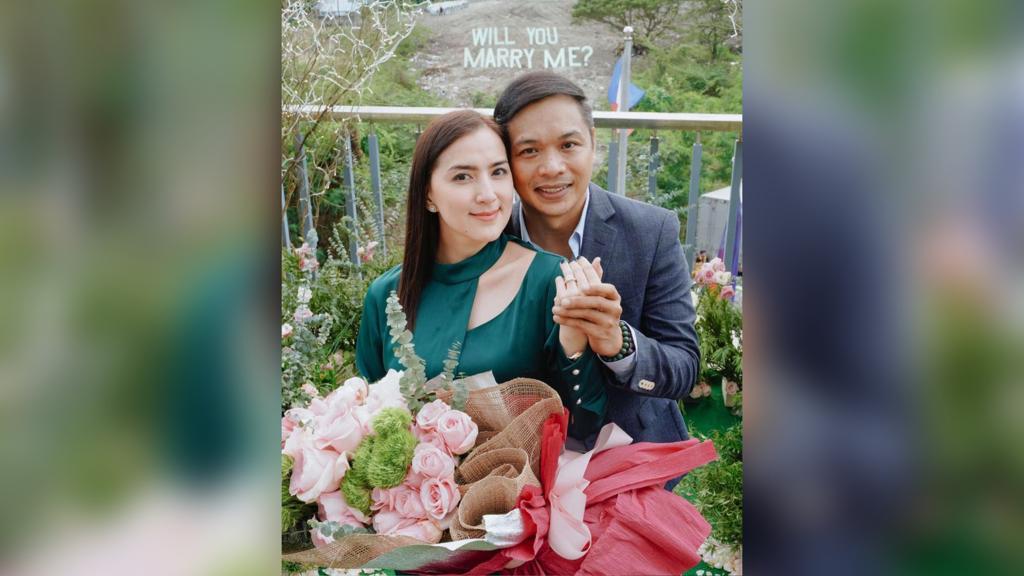 The engagement was confirmed through a series of pictures posted on social media by Nice Print Photography, a report by philstar.com said.

Almerinez was captured in one of the photos, kneeling on one knee and offering a ring to Mina, 41.

Serving as a backdrop was a “Will You Marry Me?” signage.

Mina was also seen getting emotional during the proposal.

It was believed that the engagement occurred in San Pedro, Laguna where Almarinez used to serve as board member of the provincial government.

It was last January when Ara confirmed in a television interview that she was exclusively dating someone.

Ara has revealed that Almarinez has already met her daughter and other relatives. (CC)