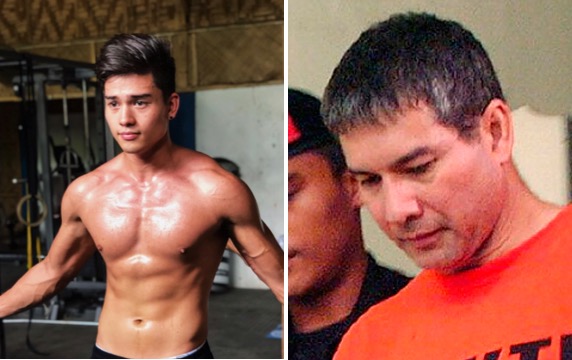 Actor Marco Gumabao has opened up about how the arrest of his father Dennis Roldan in 2005 changed their lives.

In the vlog titled “My Family, Our Story” released last November 28, Marco said that this was the first time they talked about a controversial and sensitive topic.

Dennis or Mitchell Gumabao was arrested in Quezon City for kidnapping a Chinese-Filipino boy.

The Court of Appeals affirmed the decision in 2018 and he is still currently detained at New Bilibid Prison.

Marco said that he was only ten years old when the arrest took place.

He recounted that they tried to ask their mother what was happening, but it was only in the news when they found out what happened.

He and his siblings said they were also ridiculed because of this. “Ah yung tatay mo kidnapper. Yung tatay mo kriminal,” he said.

Marco said that they are sharing the story not to defend their dad but to let their followers know that they too are experiencing challenges.

“The reason why we’re doing this video is to show the people kung saan kami galing at kung paano kami binago ni God,” he said.