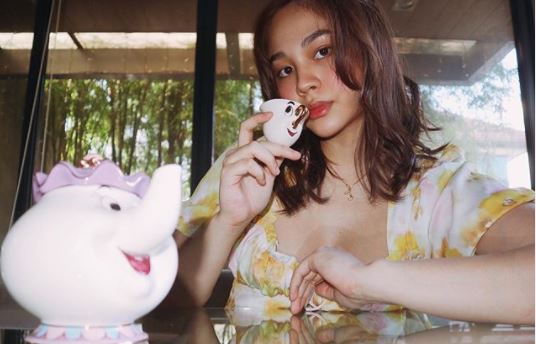 The two confirmed their relationship status on September 12 through separate social media posts.

A source however told entertainment news portal Pep.ph confirmed that Janella, who is now 22-years-old, is “pregnant and is set to deliver her baby in October”.

The source who refused to be named said that the couple’s closest friends know about Janella’s condition.

Both parties have yet to confirm or deny Janella’s alleged pregnancy.

The actress flew to the United Kingdom for a vacation together with Markus’ family.

Her mother Jenine Desidero and her younger brother also flew to the UK recently to be with Janella during this time.


The speculations grew when netizens noticed Janella speaking in one of Markus’ Instagram stories saying, “Oh my gosh, I almost jumped, and that’s not good. I’m not allowed to jump.”

Netizens were quick to conclude this is because she’s pregnant.

The young actress was last seen in the Kapamilya teleserye ‘The Killer Bride’.
Tags
Janella Salvador