How time flies so fast that we’ve barely noticed its passing. As we ring in the New Year, let’s take a look back at the top stories that created a huge impact on and changed the lives of many overseas Filipinos in the UAE and across the world, as well as their families back home. In significant events and changes that unfolded, The Filipino Times has dived deep to always bring you historic, compelling and reliable news and information wherever you are. Big or small, serious or light, inspiring or heartbreaking, TFT always breaks news that matter your lives as OFWs. Here are the highlights that shaped 2018.

President His Highness Sheikh Khalifa bin Zayed Al Nahyan declared 2019 as the ‘Year of Tolerance’, highlighting the UAE as a global capital for tolerance though its various legislative and policy-oriented goals to enhance the role of the country in instilling the values of co-existence and peace in local, regional and international communities. 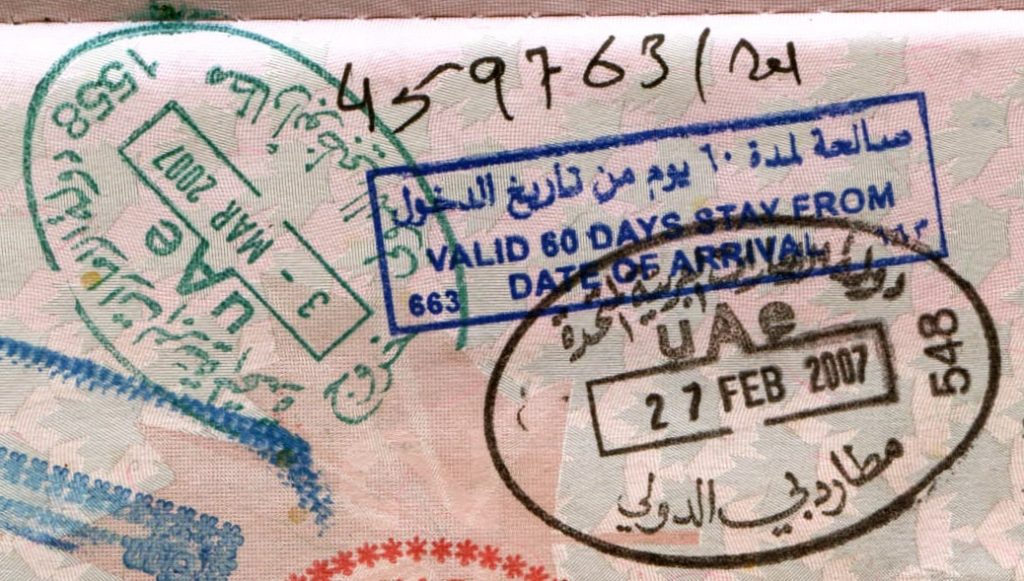 UAE’s three-month amnesty program for visa violators is set to begin on August 1, a senior official announced on Thursday, June 20.

In an effort to promote family tourism, the United Arab Emirates cabinet announced that visa fee will be waived for children under 18 from July 15 to September 15 of each year.

Calls via Skype is now blocked in UAE

Overseas Filipinos in the UAE who are fond of using Skype to call their families back home can no longer have access to it, as UAE’s telecom providers Etisalat and duconfirmed the news over the weekend that they have blocked the app in the country.

New visa reforms in UAE to begin on October 21

Bulacan Airport to be one of the biggest in the world, Ramon Ang says

San Miguel Corporation (SMC) president Ramon Ang revealed that the proposed Bulacan Airport is set to become one of the biggest airports not only in Asia but in the world.

Filipinos are undoubtedly some of the most talented people in the world. Be it in the field of music, acting, or arts, Filipinos are equipped with skills that can conquer the world.One example of which is UAE-based Filipino artist Ely Caluag who has established a successful career in the art industry though his brand Elygraf.

Pros and cons of tax reform package law in PH

President Rodrigo Duterte has greenlighted the implementation of the Tax Reform for Acceleration and Inclusion, also known as the Train Bill.

An Abu Dhabi-based Filipina shared a moving story about her employer’s generosity. Dina Tenerife Celo, a 45-year-old domestic helper from Sagñay, Camarines Sur, was gifted by her employer Dh23,000 (P320,000 approx.) last Oct. 2017 to buy a parcel of land in her hometown.

A Dubai-based overseas Filipina tells tales about how her employers treat her with extraordinary kindness, respect and great warmth. The story of Elizabeth Elizarde, 48 years old, reminds us that no matter what life fires our way, there are people who will be more than willing to help us through it all.

A lucky Filipina took home Dhs1 million after winning the grand prize of the Al Ansari Exchange Summer Promo 2018, held at Metropolitan Hotel in Dubai, August 28, 2018. The life of Gina Realuyo Soriano and her family will forever change after her name was drawn. She has been working as a domestic helper in the UAE for 10 years now.

Balikbayan to disappointed family, friends of OFWs over ‘pasalubong’

Having a week or month of vacation is probably the day that most overseas Filipino workers (OFWs) all over the world are always looking forward to. But a Filipino based in Riyadh, Saudi Arabia shares a sad reality about family members and friends of OFWs who get disappointed over ‘pasalubong’ or gifts from abroad. 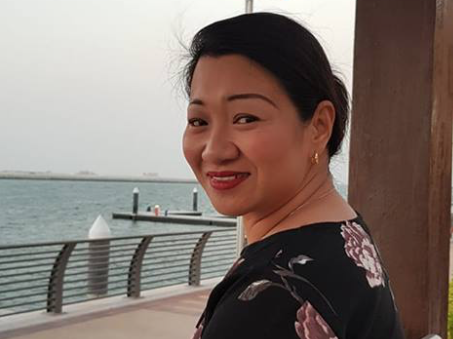 Adlene Panis, owner of Ihawan Restaurant in Dubai who has helped a lot of overseas Filipino workers (OFWs), has passed away in the early hours of November 21. 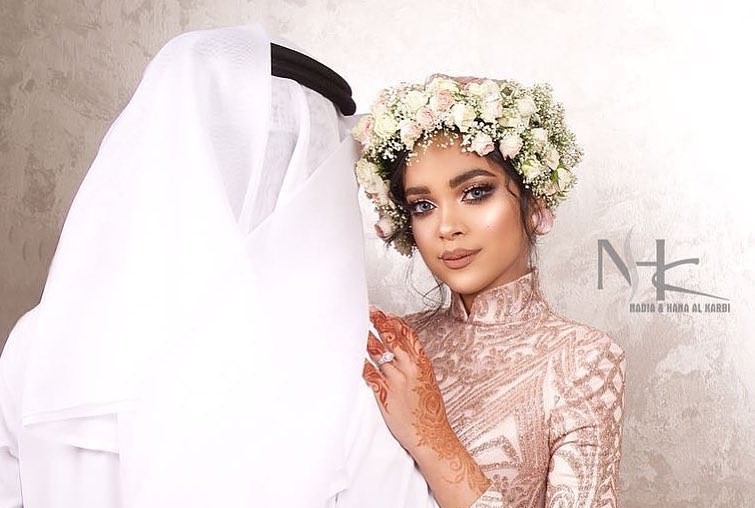 An Emirati, who was raised by more than five nannies–mostly Filipinas–in an orphanage, and his Emirati-Filipina wife plan to hold another wedding ceremony in the Philippines after a video clip taken during their wedding sparked debate over traditions in the UAE.

Filipino-Emirati man shares why he is proud to be Pinoy 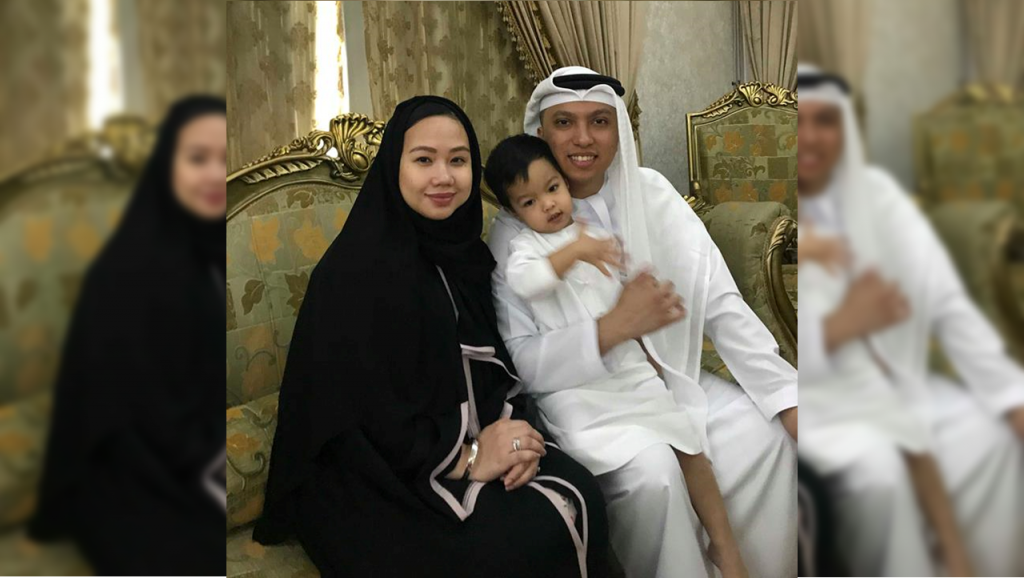 What makes a Filipino, Filipino? Is it simply about having Filipino parents? Is it about growing up in the Philippines for most of one’s life? Most will define it by blood but this man proves that being a Filipino is way more than that.

TFT Awards 2018: A journey to recognize globally competitive Filipinos in the UAE 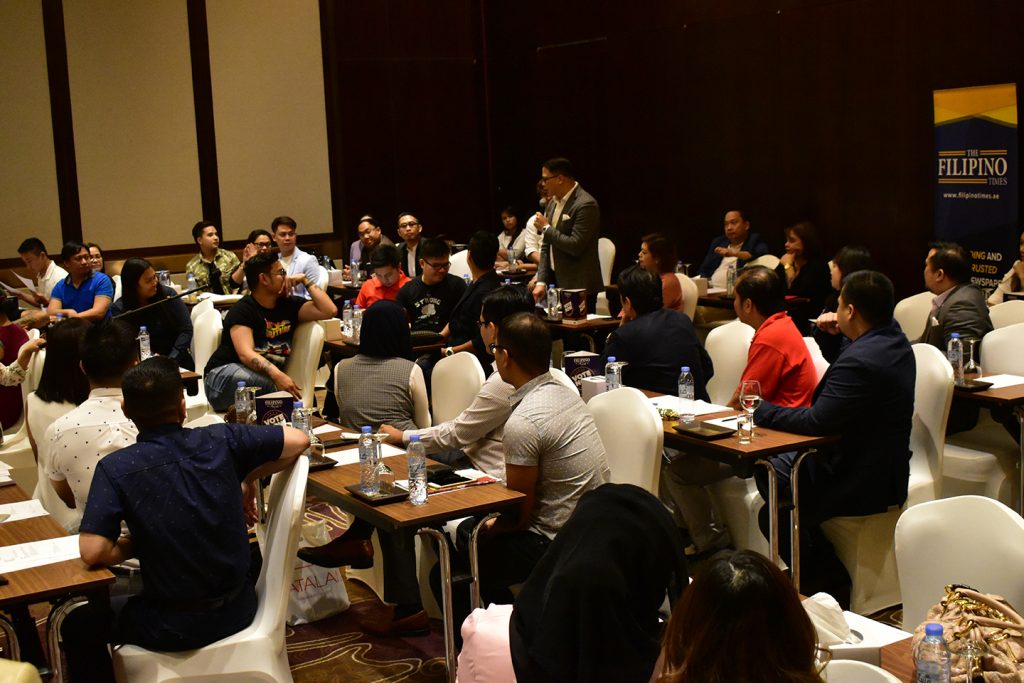 There is more to OFWs than being the much-ballyhooed “Bagong Bayani,” or new heroes of the Philippines. A lot, if not all, go the extra mile for excellence but rarely get the recognition so deserved. 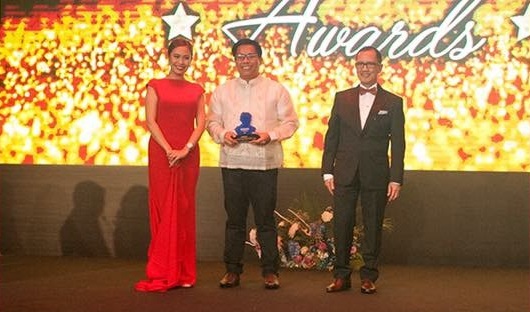 It takes courage and determination to break out of your comfort zone and venture towards new heights – as in the case of 2017 TFT Awards Marketing and Advertising Professional of the Year Reynaldo Araja Jr., who used to be a business writer for a huge company back in the Philippines. When the opportunity came his way, he started his career journey in the UAE and years later, he now works as a Media Planner for Spark Foundry, leading the strategy to reach the right audiences for big brands such as Carrefour and Cebu Pacific. 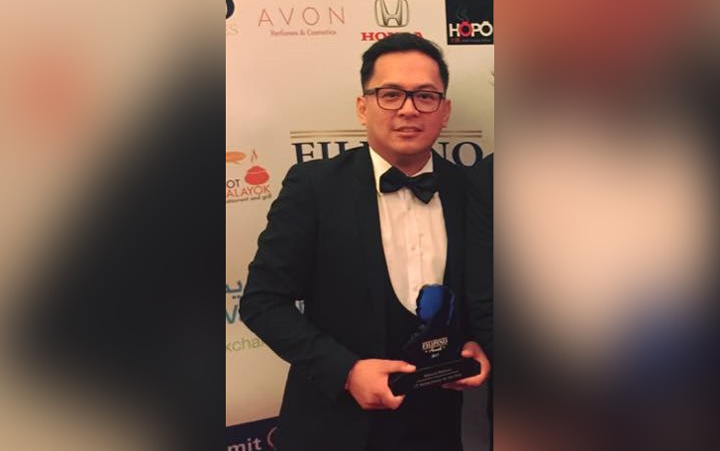 When Ron Precilla started out here in the UAE 15 years ago, his story was the same as all other OFWs, struggling to find work but remaining optimistic in a country filled with opportunities. Fast forward to today, he is the Manager for Security Architecture at Abu Dhabi Islamic Bank and has won the 2017 TFT I.T. Professional of the Year. 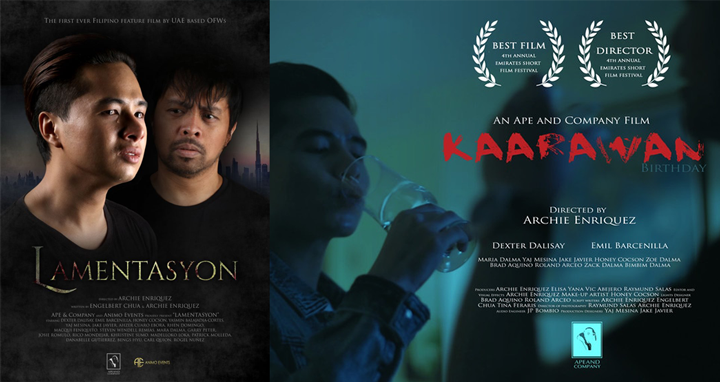 Keeping your passion alive is not an easy task – especially for OFWs who have to manage their time working overseas and maintain a healthy work-life balance. Despite such a challenge, the inner resilience of Filipinos shine: In the case of 2017 TFT Filmmaker of the Year Archie Enriquez, it shows in the world-class quality of the films he and his team produce.

Catriona Gray has brought pride to the Philippines by bagging the crown in the recently concluded Miss Universe 2018 held in Bangkok, Thailand, December 17.

Miss USA 2016 Deshauna Barber is all about the Miss Universe hype and she definitely did not miss out on all the fun and celebration when the Philippines’ bet Catriona Gray was crowned the winner. 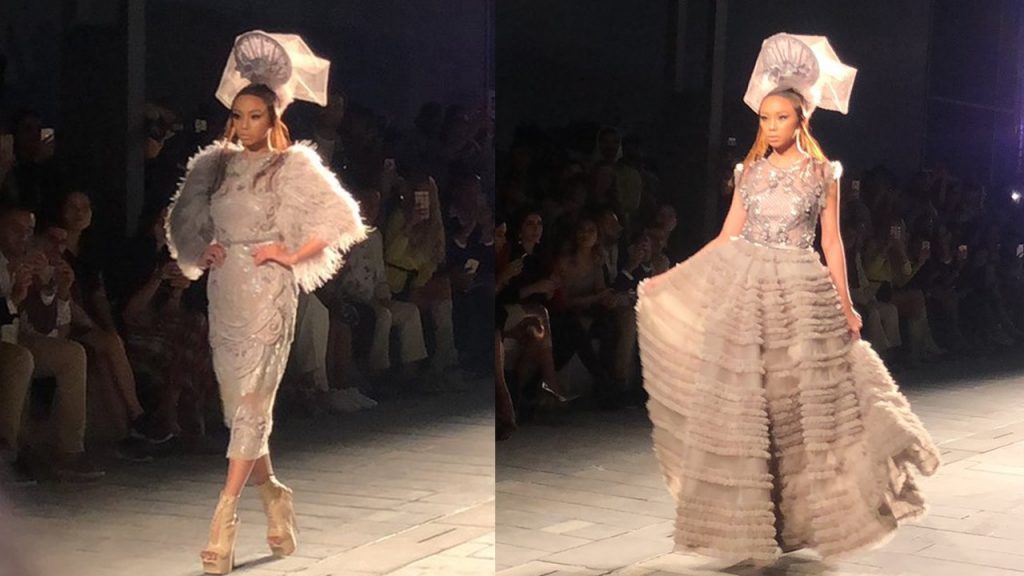 Kapamilya star Maymay Entrata is now officially an international model after she stole the show during the prestigious Arab Fashion Week in Dubai on November 21. 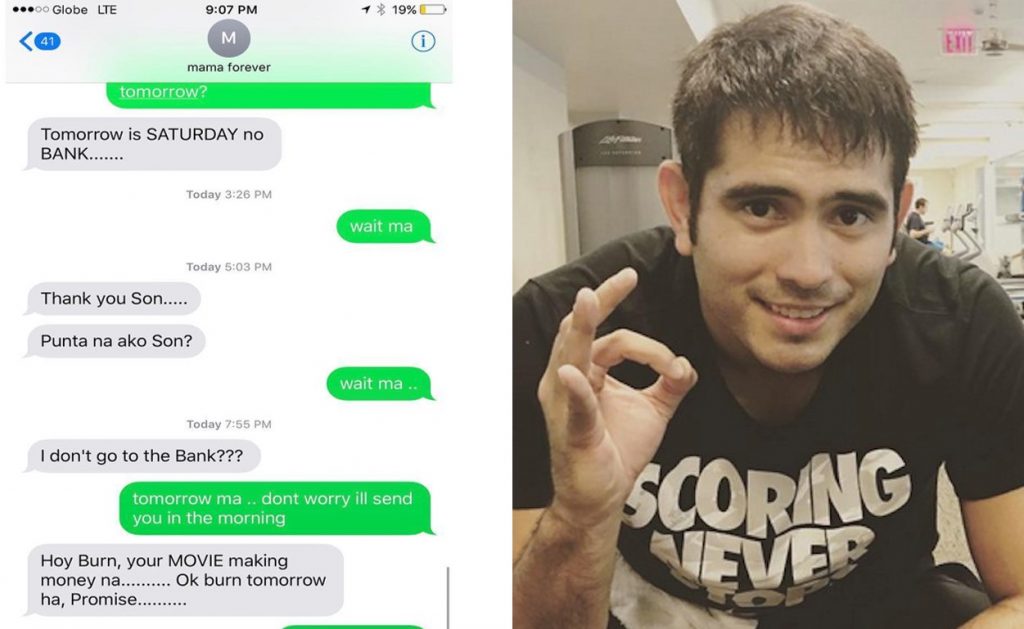 Gerald Anderson being family-oriented is just one of the many things the public likes about him, and the 29-year-old actor just proved this through a recent Instagram post. 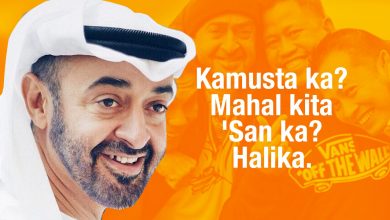 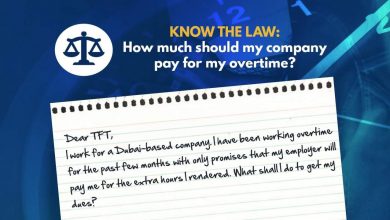 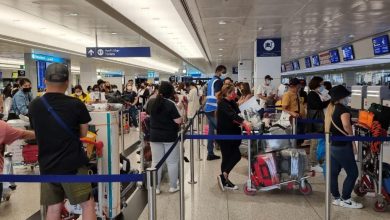 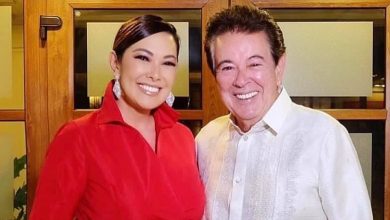