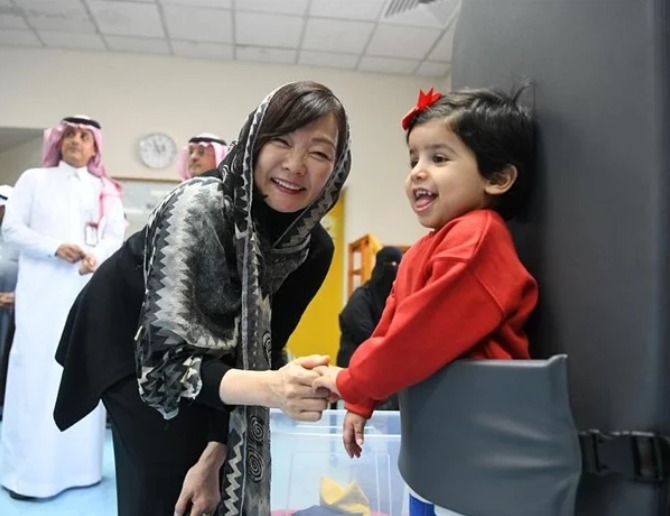 Saudi newspapers paid tribute to Japanese Prime Minister Shinzo Abe’s wife for dressing decently during a visit with her husband to the Gulf Kingdom on Saturday and one daily urged local men and women to learn a lesson from her.
Most newspapers published many photographs of the Akie Abe as she arrived with her husband for an official visit to Saudi Arabia with a cover on her head.

s
“She is a decent and kind woman,” said Ajel daily, while Sada newspaper said: ”The way the Japanese Prime Minister’s wife is dressed should serve as a lesson to those who are dressed in an odd way in the Kingdom.”
Newspapers said Akie visited several places in Riyadh, including the handicapped children’s society.