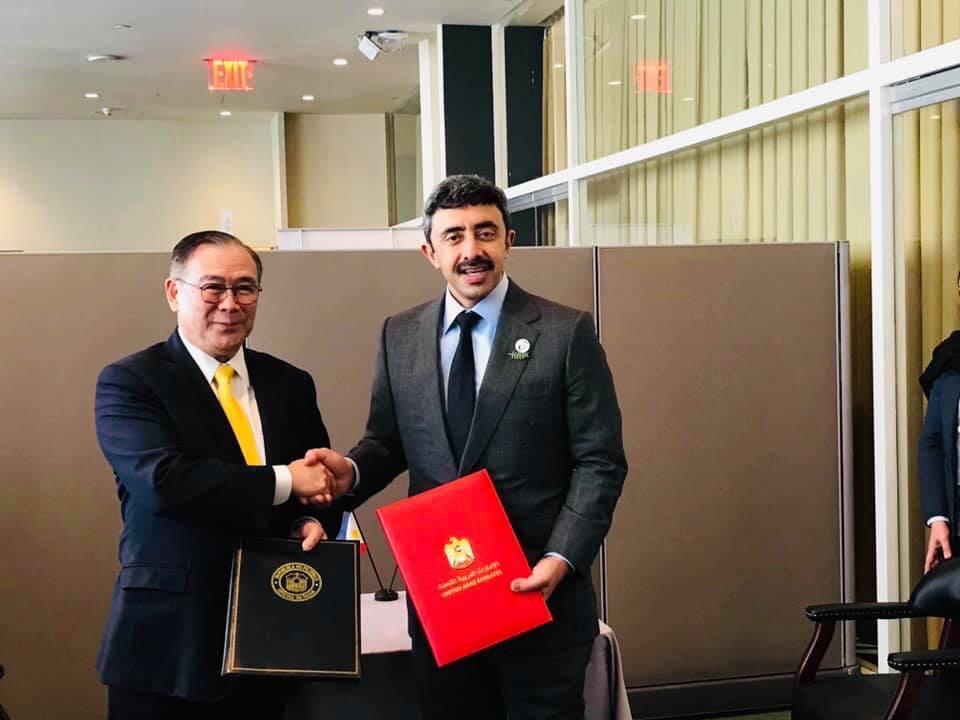 The Philippines and the UAE recently signed the Memorandum of Understanding on their cooperation in combating human trafficking during the sidelines of the General Assembly of the United Nations in New York.

His Highness Sheikh Abdullah bin Zayed Al Nahyan, UAE Minister of Foreign Affairs and International Cooperation and Secretary Teodoro Locsin Jr of the Philippines’ Department of Foreign Affairs signed the resolution that affirms the cooperation between two countries on the prevention and suppression of human trafficking.

In attendance during the momentous signing as well were Philippine Ambassador to the UAE, H.E. Ambassador Hjayceelyn Quintana, Undersecretary Sarah Lou Arriola, the Office of the Undersecretary for Migrant Workers’ Affairs (OUMWA) together with fellow diplomats and members of from UAE and the Philippines.

In the MoU, both parties have acknowledged that human trafficking ‘is caused by a combination of factors, including organized criminal group and the demand side’ that eventually leads to exploitation of individuals that lead to the crime.

The signing is an acknowledgement to the United Nations Convention Against Transnational Organized Crime (UNTOC) and the Protocol to Prevent, Suppress and Punish Trafficking in Persons, Especially Women and Children (Palermo Protocol).