A businessman in Saudi Arabia has expressed interest in setting up a charcoal manufacturing plant in Mindanao in a meeting with Vice Consul Alfred Kristoffer Guiang of the Philippine Consulate General in Jeddah and Gil Herico, Philippine agriculture attaché for Middle East.

Planning to roll out his plans in the last quarter of the year, Ahmed Kouther is an engineer and the president of Fire Horse Company in Jeddah.

Kouther told the Philippine officials he became interested in the charcoal industry, more particularly in the use of coconut shell, after he attended a business mission in Jeddah in February this year. The event was organized by the Department of Trade and Industry (DTI), which included a presentation on the coconut industry.

According to Kouther, “the demand for charcoal in Saudi Arabia is huge, while supply of charcoal is low in the Middle East and African region. This makes the Philippines a promising investment partner because of the abundance of coconuts in the country.”

Herico said the meeting between the two parties was successful.

To finalize the investment, Kouther will be flying back to the Philippines in the third quarter of this year. 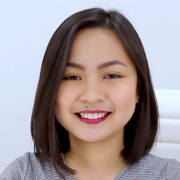