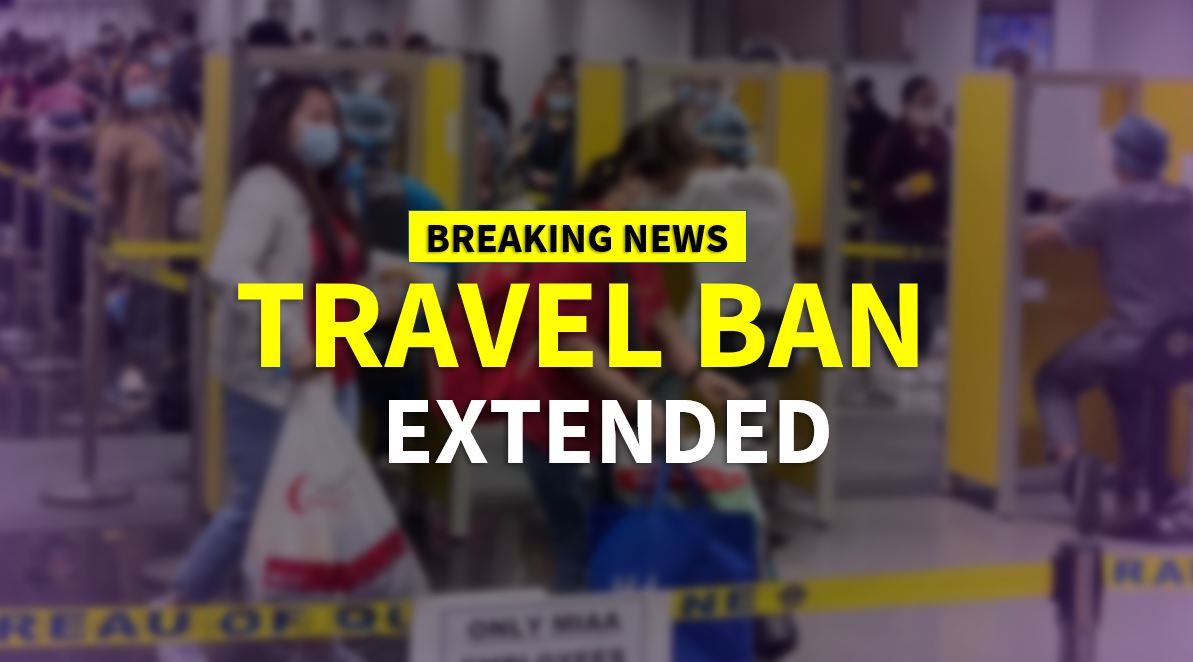 Presidential Spokesperson Harry Roque announced that the travel restrictions imposed on the United Arab Emirates and nine other countries will be extended until August 15.

This is the sixth extension of the travel restrictions imposed to curb the spread of the Delta COVID-19 variant.

Under the travel ban, only government repatriation flights will be allowed.

The IATF also approved the conduct of special commercial flights subject for approval.

The Department of Foreign Affairs has reminded the public that airlines cannot mount special commercial flights or Bayanihan flights from countries under travel ban unless they follow certain conditions.

On Twitter, DFA Undersecretary Sarah Lou Arriola said that majority of passengers on Bayanihan flights should be ticket holders of cancelled flights.

“The airlines are already applying for Bayanihan flights. Their applications will not be approved unless majority of their seats are for ticket holders of cancelled flights. Ticket holders should contact their airlines,” she said.