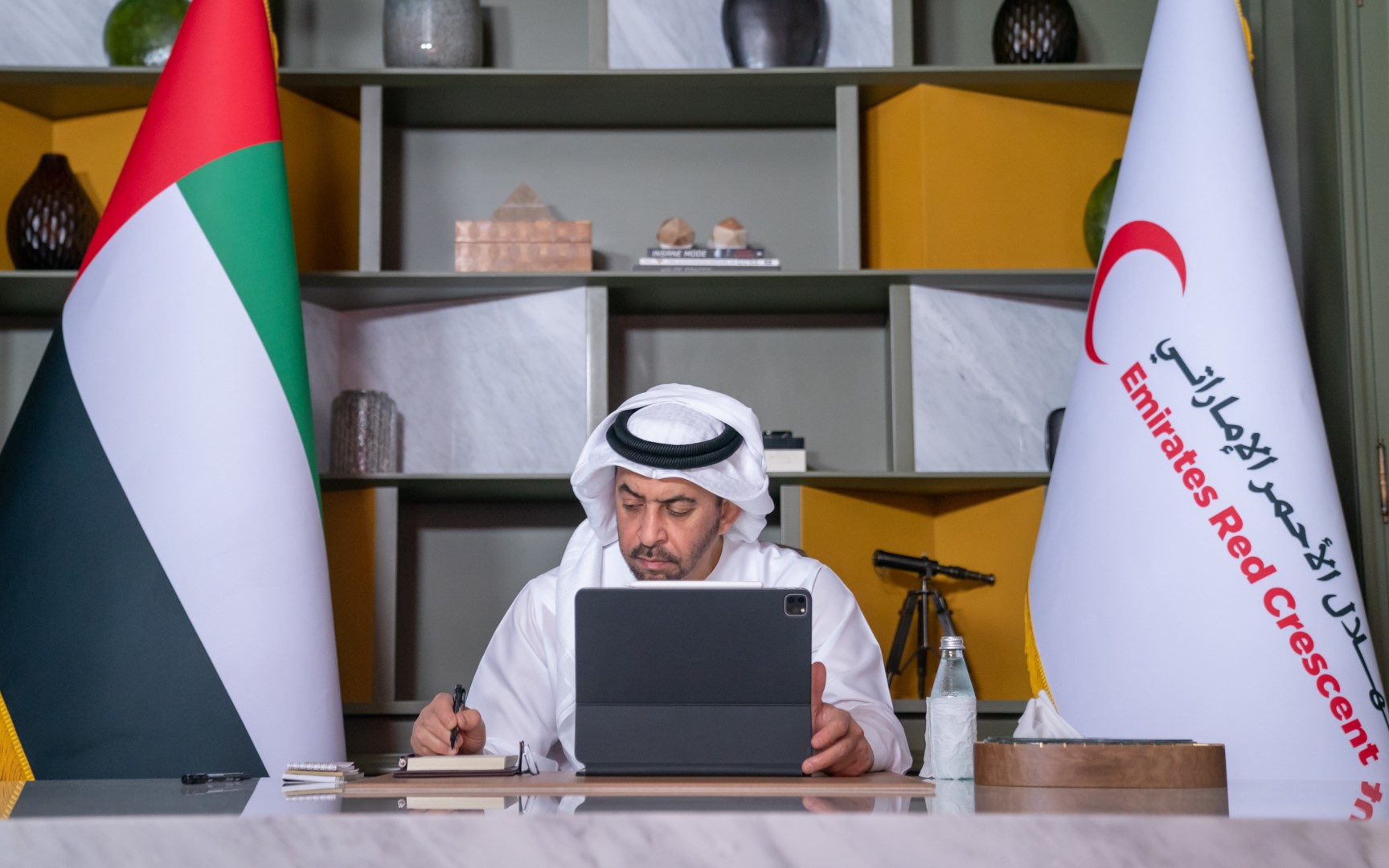 His Highness Sheikh Hamdan bin Zayed Al Nahyan, Ruler’s Representative in Al Dhafra Region and Chairman of the ERC, stated that the UAE, under the leadership of President His Highness Sheikh Khalifa bin Zayed Al Nahyan, is launching humanitarian and development initiatives to achieve security, peace and stability in areas of turbulence around the world.

Sheikh Hamdan added that the current year, 2020, has witnessed progress in terms of the ERC’s programmes and projects both inside and outside the country, due to the support of His Highness Sheikh Mohammed bin Rashid Al Maktoum, Vice President, Prime Minister and Ruler of Dubai, and His Highness Sheikh Mohamed bin Zayed Al Nahyan, Crown Prince of Abu Dhabi and Deputy Supreme Commander of the UAE Armed Forces, enhancing the ERC’s capacities and enlarging its overall scope of work.

“This is reflected in the scale of programmes and projects carried out both inside and outside the country from the start of the year until September, valued at over AED766 million,” said Sheikh Hamdan while heading the second meeting of the ERC’s Board of Directors in 2020, which was held remotely via video conferencing.

During the meeting, the ERC’s Board of Directors reviewed reports presented by the Secretary-General on the authority’s achievements and the programmes and projects implemented over the past nine months both inside and outside the country, valued at AED766,296,354.

On the local front, the ERC’s Board of Directors reviewed the social aid provided to Emirati beneficiaries from January to September 2020, valued at AED182,544,823 and benefitting two million people, in addition to aid provided to people affected by the COVID-19 pandemic inside the country. The programmes carried out under this framework numbered 305, benefitting 26,159 people.

The board also discussed several humanitarian initiatives launched this year, including the H.H. Sheikh Hamdan bin Zayed Al Nahyan Remote Learning Initiative in refugee camps in Jordan and Iraqi Kurdistan, and the response to the floods and coronavirus outbreak in Sudan and Syria.

The board then reviewed the development projects launched in Hadramaut Governorate in Yemen, as well as in the Comoros Islands, Tanzania, Ethiopia and Fiji, and were briefed about the progress of the ERC’s development projects in the UAE, such as the Ataya Medical Centre in Sharjah, the establishment of a park in Wadi Isfini in Ras Al Khaimah, and the construction of a mall in Al Mirfa, Al Dhafra Region, a residential building in Bani Yas and other two residential buildings in Al Ain and Khalifa City in Abu Dhabi.