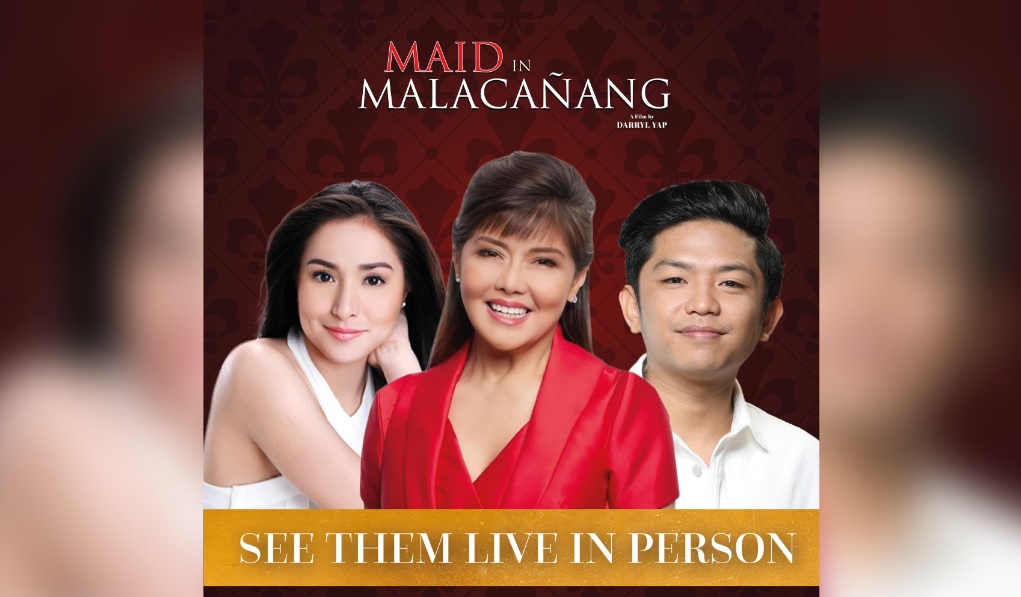 Senator Imee Marcos will be visiting Dubai this August to promote the upcoming movie ‘Maid in Malacañang’.

She will be joined by Cristine Reyes, who portrays the senator in the film. The film’s director, Darryl Yap will also be visiting Dubai for the said premiere.

“SURPRISE sa mga kababayan nating OFW! Get a chance to see the cast of ‘MAID IN MALACANANG’ in Dubai, UAE soon! Watch the film and see Cristine Reyes , Direk Darryl Yap and Senator Imee R. Marcos live in person!” read the announcement from the official Facebook page of Vivamax Middle East and Europe.

‘Maid in Malacañang’ is a 1986 drama depicting “the last 72 hours of the Marcoses within the Palace as seen through the eyes of one “reliable” source.”

The film will be screened in the UAE this August 19.