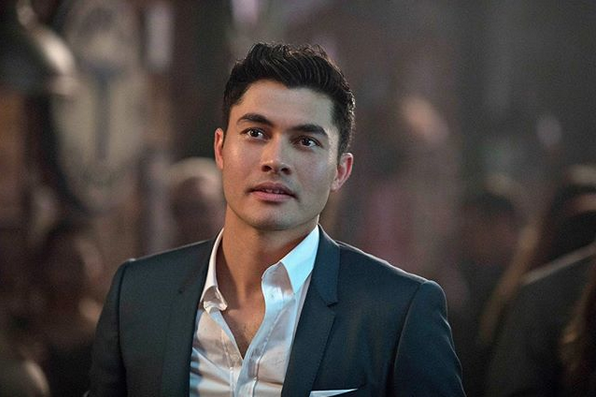 The male lead actor of the upcoming film “Crazy Rich Asians”, Henry Golding, only has good things to say about the Filipino people.

In an exclusive interview with ABS-CBN News, British-Malaysian actor Golding said that he admires Filipinos for their resiliency especially during times of calamities.

Golding said that he was able to witness it first hand when he visited the Philippines with the United Nations Development Programme (UNDP) during the relief operations after Typhoon Yolanda in 2013.

“The town was destroyed but we were there with the UNDP, the clean-up crew. But the power of the Philippines and their spirit is beyond anything. For them to fight through adversities like that, they’re a powerful bunch” ABS-CBN News quoted Golding as saying.

Thankyou so much to all of you who waited for so long outside the theatre to support us, means the world for all of your love❤️ ??:@TomFord ⌚️:@cartier Makeup magician: @kcfee Cufflinks and Studs: Belladora Beverly Hills ?: @johnphotography for Variety

Today is the big day. The world ain't ready for us ? @crazyrichasians for @vanityfair ?: @milesaldridge

Golding will be playing the character of Nick Young, a rich eligible bachelor who is the son of wealthy real estate developers in Singapore.

Constance Wu will be playing Golding’s love interest Rachel Chu in the movie.

Kris Aquino and Nico Santos are two Filipino talents who will be appearing on the said film.

Aquino will have a cameo appearance as a “snobbish” Malay princess named Intan, while Santos will be playing Oliver T’sien, the second cousin of Nick Young, the male lead of the movie.

According to the producer of the movie, Warner Bros. Pictures, Crazy Rich Asians will be shown in Philippine cinemas on August 22, 2018.