The UAE practices tolerance in its diverse expatriates from all across the globe. Thus, it was able to establish its reputation of being a haven for millions of nationalities who want to try their luck and help their families in their respective countries.

However, all said and done, the UAE is also a nation that puts high regard on compliance with law and order to achieve harmony in its society. These regulations are simply non-negotiable, but some expats, including Filipinos, often fall afoul to them with impunity.

Recently, several inquiries landed in the inbox of The Filipino Times Facebook, asking about an alleged “crackdown on homosexuals” living and working in the country. Some users also sent screenshots of the social media post. 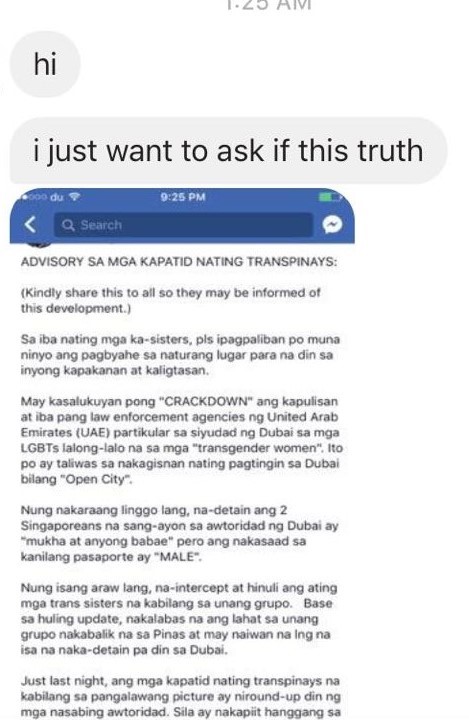 A Filipino posted a screenshot of the viral post about the alleged crackdown.

Another Filipino who reached to TFT via Facebook, asking about the issue.

“Police and other law enforcement agencies in the UAE are currently carrying out ‘crackdown’ operations on LGBTs, especially on “transgender women”,” the post reads.

In particular, the post urges the Philippine government to “help repatriate” Filipino transgenders (defined by WebMD as people whose gender preference differ from their assigned sex) who were allegedly arrested here.

“We call on [government agencies] to help repatriate our transpinay sisters as soon as possible to avoid troubles,” the post adds.

The post also cited the case of two Asians who were reportedly arrested in a shopping mall last week for cross dressing.

The last party in Dubai 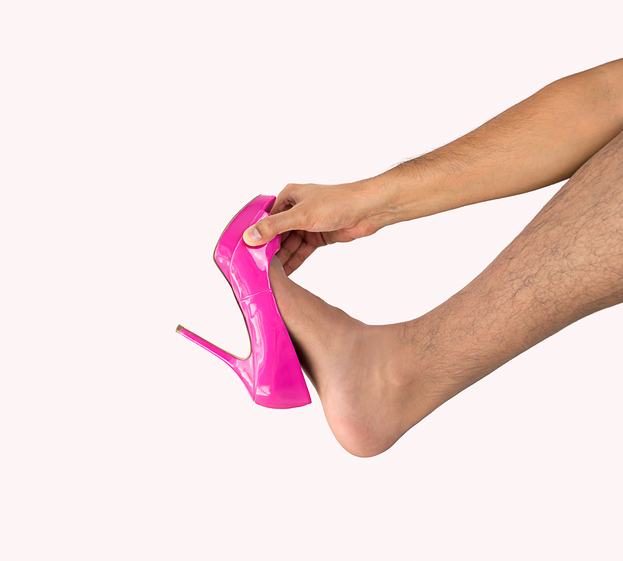 One of the transgender Filipinos who was claimed of being arrested and deported from Dubai came forward.

The Filipino man who goes by the moniker “Magnolia” narrated that he and his friends—19 males and 21 homosexual males—attended a party at a flat in Deira, Dubai on August 18.

“All of us were Filipinos. There were five females who live in the same house where the party was held, but they were not arrested. The 19 males who were arrested with us were freed after being detained for 12 hours. The rest of us were detained for a week,” he added.

Magnolia said that after they were detained, some of them were deported straight to the Philippines.
RELATED: Asian expat in Dubai sentenced to life after killing her own ‘love child’ https://filipinotimes.net/news/2017/08/29/asian-expat-in-dubai-sentenced-to-life-after-killing-her-own-love-child/

His photos posted on social media, however, appear that he is also cross dressing in Dubai. Although when asked by TFT, he said he can neither confirm nor deny.

“I am happy na rin at nakauwi na ako sa Pilipinas,” the OFW who hails from Baguio City told TFT.

This newspaper also contacted various people who also shared the text of the Facebook post, but to no avail as of this posting.

A source familiar to this issue warned his fellowmen that crossdressing and other homosexual acts are forbidden, not only in the UAE, but in the whole Middle East.

“They are asking for something that is strictly prohibited in the UAE. We should follow the rules of any country that we are in. They cannot force them (UAE authorities) to reverse their rules for our people’s interest,” the source told TFT.

He added that Filipinos should be mindful of UAE’s customs to avoid landing in hot waters, such as getting behind the bars or facing deportation.

“Be mindful of customs and practices of your host country. Your sexual orientation is a very personal thing. But you need not flaunt it where it is forbidden.”

What the law says

Under the UAE law, charges related to illicit showing of homosexuality is punishable with up 10 years imprisonment, fines, and deportation.

According to Human Rights Watch’s World Report 2017, the UAE’s penal code does not directly prohibit homosexuaity, but acts of “indecency” is punishable by at least one year in prison.

Individuals who will be guilty of committing to same-sex sexual relations can be punished with up to 14 years in prison.

Ignorance can’t be an excuse

This is an important legal principle that says no one can defend an action by merely arguing that he or she is unaware of it as illegal.

As an expat or a foreign tourist in the UAE, it’s never too soon to know about your legal rights and responsibilities. So, take note of the offenses that can constitute a crime or an illegal act, and be sure that you don’t break the law. 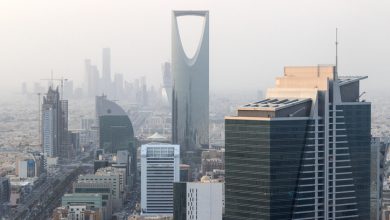 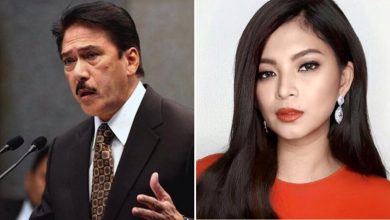 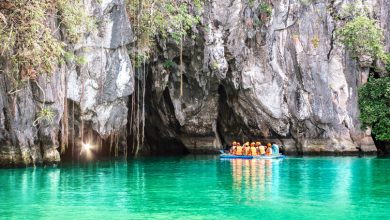 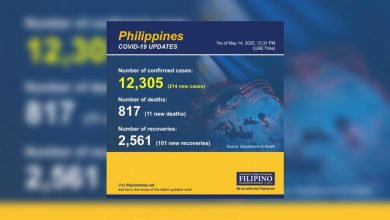