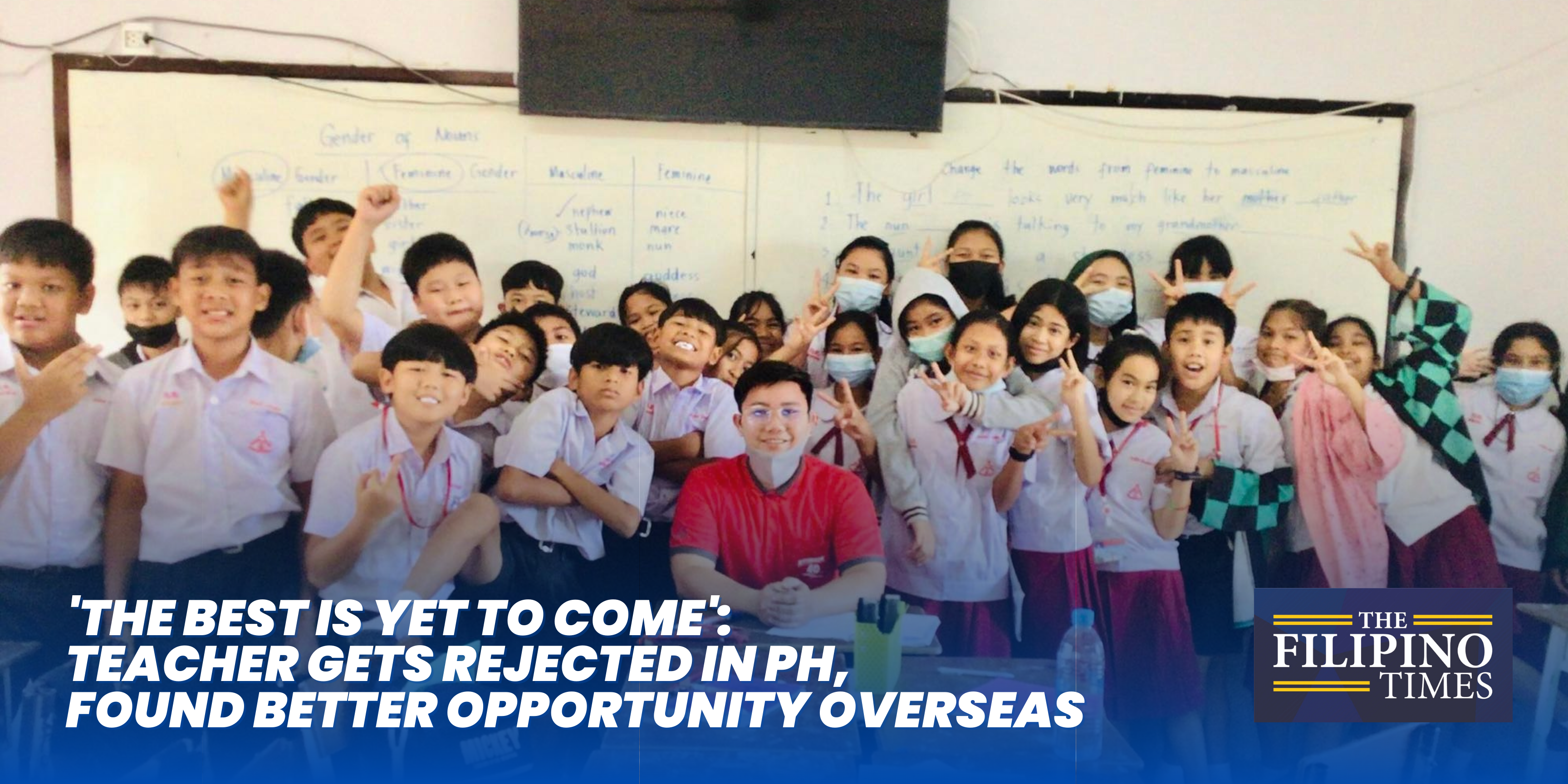 An Overseas Filipino Worker (OFW) based in Thailand has recently gone viral after sharing his journey of being rejected in the Philippines but later on found a better opportunity abroad.

Jerald Ren Ferrer, 30, who hails from Pangasinan shared online that he was asked to produce a lot of demo materials and underwent series of steps only to be rejected in the end by a school in the Philippines.

In contrast he only submitted an online application and an introductory video to get hired in Thailand.

Jerald said that he’s happy to inspire many people with his story. In his caption, he encouraged netizens to “look for other opportunities if you failed.”

During an online interview with The Filipino Times, Jerald shared that he struggled a lot in securing a job in the Philippines as he has just freshly graduated from college at that time.

He also revealed that he got rejected several times in Thailand to a point wherein he almost wanted to give up.

Jerald has been teaching in Thailand for three years. He said he hopes to inspire those who are currently experiencing rejections that the best is yet to come.

“To my fellow Filipinos who faces struggles right now. The best day of your life is still yet to come just don’t give up. Believe in yourself. Rejections doesn’t mean you failed it’s a blessing from above because he knows what you deserve in life, he is preparing you with a bigger blessing. So always trust yourself and go for your goal,” said Jerald.

A lot of netizens were inspired by his story.

For now, Jerald said he is working on saving enough money to be able to open his own business.

Do you have an inspiring story to share? Message us on Facebook or email at [email protected]