Through a now-deleted Instagram post, the director said that film that has an estimated worldwide gross of $235 million, is nothing but a “piece of old school 90s style TV movie”.

“This is no ‘Pretty Woman’! Far from it. But who can argue with success? That’s why everyone here I think wants to make a version of this here,” he added. 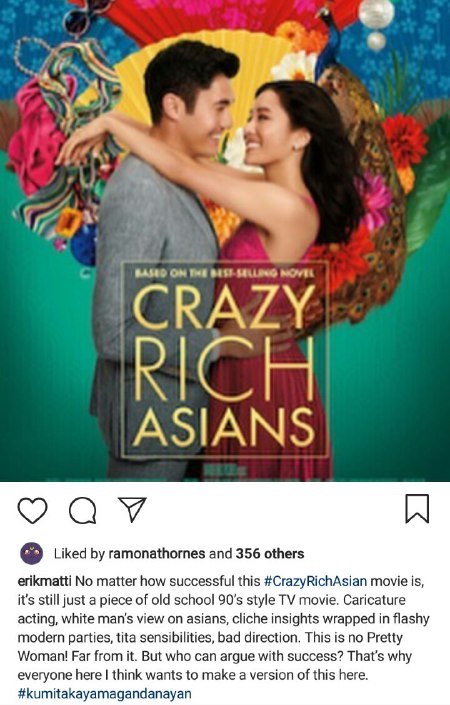 Before the post has been deleted, actor John Arcilla left a comment saying that he hasn’t seen the film but dubbed it as “cliche” based on the trailer.

But singer Janno Gibbs said that he has seen it and liked the film. 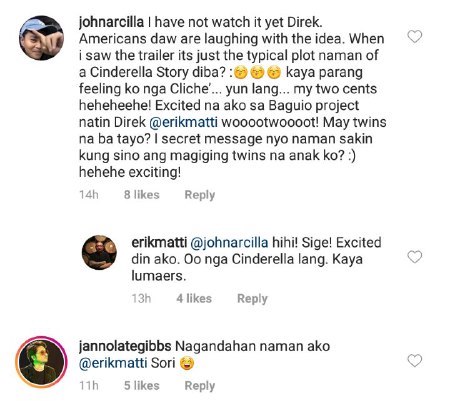 Warner Bros. Pictures-Philippines previously announced on Facebook that the film adaptation of “Crazy Rich Asians” was a hit among Filipinos after it grossed P82.7 million in the Philippines just a few days after it premiered on August 22.

Due to its blockbuster success, it dethroned Jennifer Lopez’ “Maid in Manhattan” and is now the record-holder for the biggest opening weekend for a foreign romantic comedy in the Philippines.