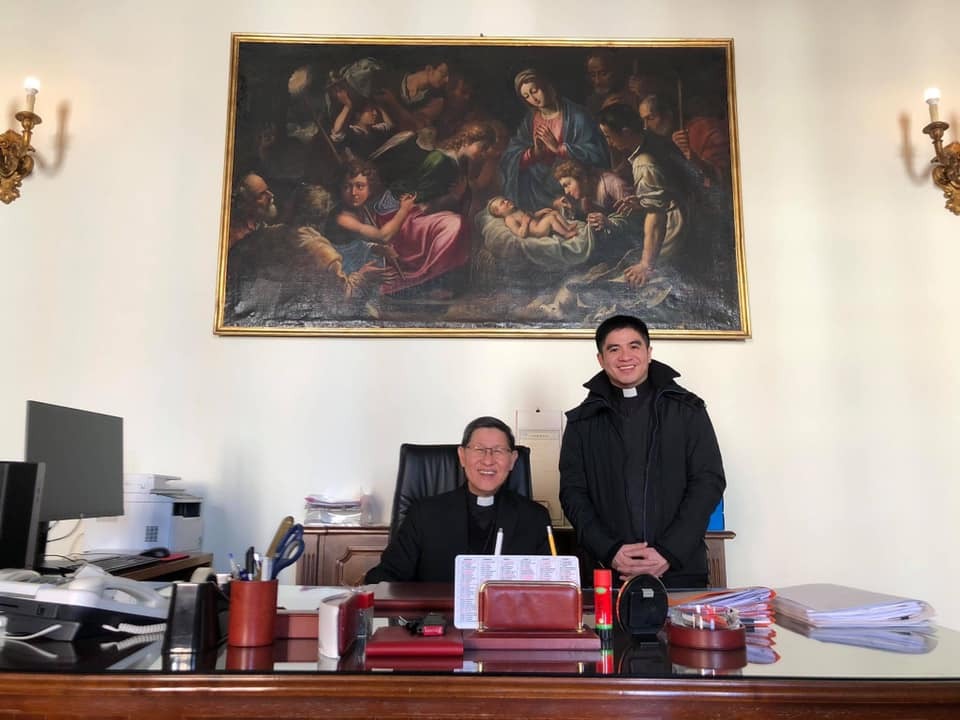 Archbishop Emeritus Luis Antonio Tagle has settled in at his new office in Rome as he takes on his “new mission.”
In a report by ABS-CBN, Manila Cathedral rector Rev. Fr. Regie Malicdem has accompanied the cardinal to the Italian city, where he will serve as the new prefect of the Congregation for the Evangelization of Peoples.
READ ALSO: Cardinal Tagle leaves for Rome
“Overlooking the window of his office is the famous column of the Immaculate Conception near the Spanish steps and in one of the rooms is an image of Nuestra Señora de Guia,” the rector said on his Facebook post. “These will surely remind [Tagle] of the Manila Cathedral and the Archdiocese of Manila.”
Cardinal Tagle was appointed for the position by the Vatican on December 9, 2019, along with Pope Francis naming his as the head of the department that will take on missionary works and related activities.