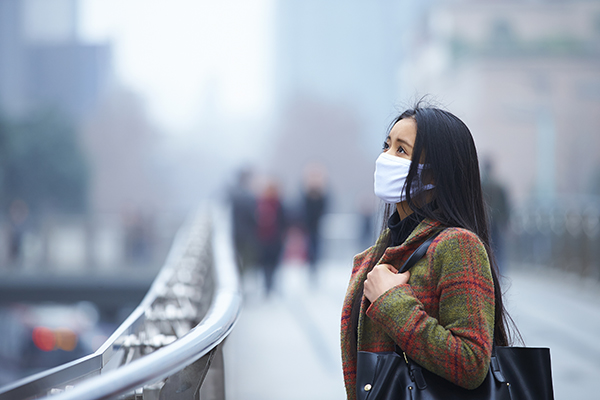 Despite the first reported case of Wuhan coronavirus in the UAE, the risk of its spread in the country remains low due to ramped up efforts and preventive measures that the government had put in place.
On January 29, the UAE Ministry of Health and Prevention (MoHAP) reported the first case of what health officials have termed as the novel coronavirus or 2019-nCoV.
The ministry said the family of four who came from Wuhan, the ground zero of the outbreak in China, is now in stable condition and remains on a tight watch of health authorities.
READ MORE: Wuhan virus death toll jumps to 170
It also allayed concerns saying, “The general health condition is not a cause for concern.”
MoHAP is also confident that the country is well equipped with the right knowledge and expertise in handling any emergency that poses risk to health and well-being of its residents, with its reliable epidemiological investigation centers and health workers on the frontline.
“All the necessary precautions in accordance with the scientific recommendations, conditions and standards approved by the World Health Organization [are being taken],” MoHAP added. “The health system in the country works very efficiently and that the ministry is closely following the situation in a way that guarantees the health and safety of everyone.”
Even police forces in the country are working round the clock at all points of entry across the emirates. Major General Abdullah Khalifa Al Marri, Commander-in-Chief of Dubai Police, and also Head of the Crises and Disasters Team in Dubai, inspected the measures being implemented at Dubai Airports.
The new strain of coronavirus has sparked global attention as no country could be immune. As of Wednesday, a thousandfold of cases has been recorded in parts of China, where hospitals and health workers have been overstretched to contain the virus and treat patients. The death toll in this Asian country now has reached over 130 with nearly 6,000 found to have contracted the deadly virus. The youngest confirmed case is that of a nine-month-old girl in Beijing.
The epicenter of the outbreak, Wuhan city in Hubei province, has been locked down affecting some 60 million travelers who have been barred from transporting to and from the city.
The “grave situation”, as described by Chinese President Xi JinPing, has called for the suspension of major transportation systems in the city, affecting the movement of the people including some 300 Filipinos in Hubei province. Over 150 of them are living and working in Wuhan.
Aside from mainland China, other major cities and countries have also reported a handful of cases. Although there are no reported deaths in overseas cases of the novel coronavirus, the world still grapples to find its cure.
The Filipino Times listed everything you need to know about the outbreak.