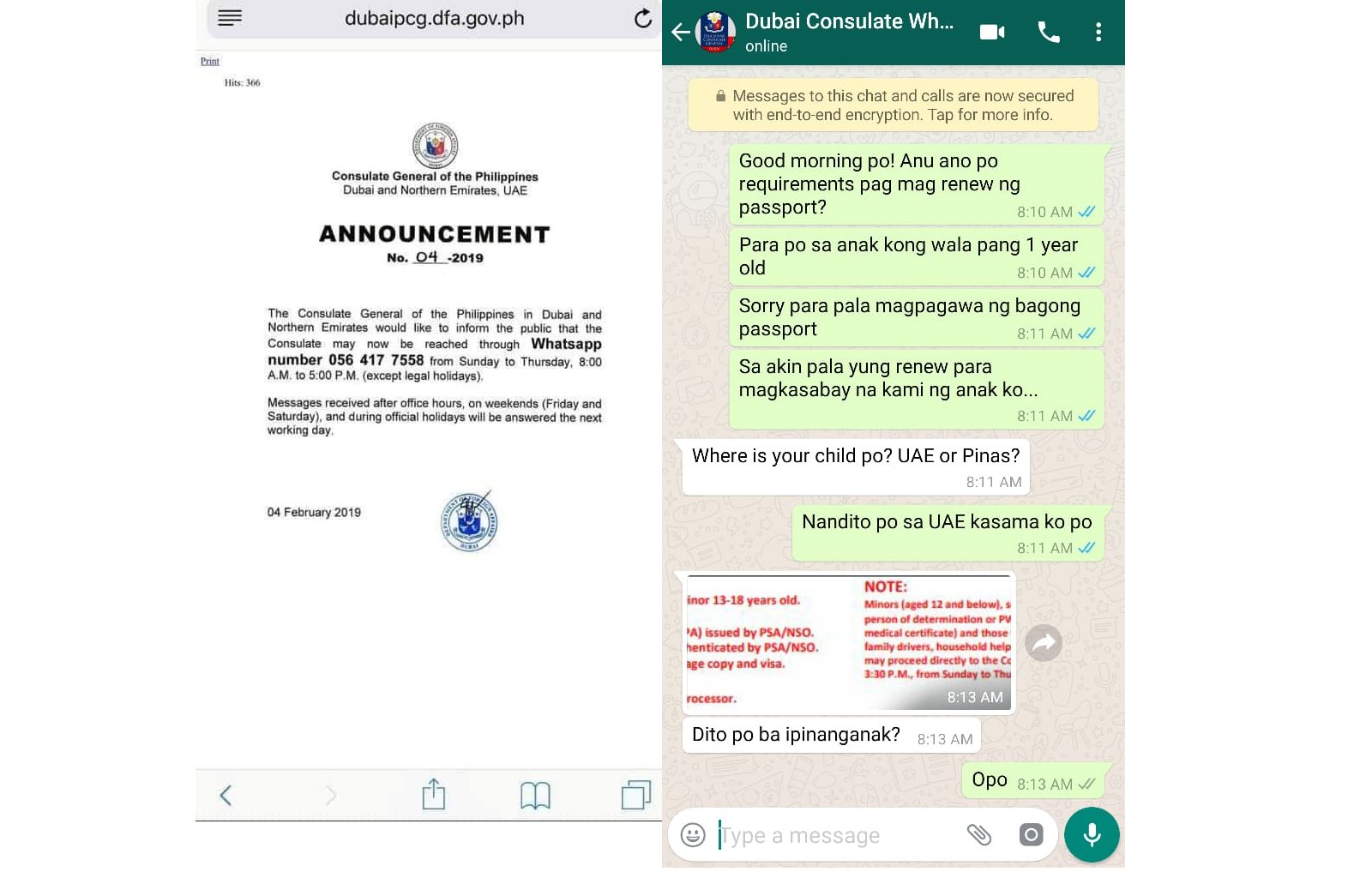 The Philippine Consulate has recently launched a WhatsApp hotline in its efforts to make it more convenient for Filipinos in the UAE regarding their multitudes of concerns.

In an announcement released by the Consulate General of the Philippines in Dubai and the Northern Emirates, it also stated that any message that the hotline receives after office hours or during the weekends (Friday and Saturday) will be responded to the following day.

Consul General Paul Raymund Cortes said that the move aims to maximize the assistance provided by their office. “I hope our fellow Filipinos would heed our announcement and send all the inquiries to our WhatsApp Hotline. Not only are we trying to make best use of the current information technology available, we are also endeavoring to bring the consulates services closer to our people using mediums that are closest to their convenience, particularly social media networking and phone based apps,” said Cortes.

Servicing almost 1 million Filipinos here in the UAE, majority of which are in Dubai and the Northern Emirates – the move itself is an innovative way to help Filipinos who have simple inquiries to save time and effort from having to visit the consulate.