The Philippine-Saudi Arabia Hiligaynon, Inc. (PINAS-SAHI) awarded the computers in a ceremony held at the main lobby of the Bacolod City Government Center on Wednesday, August 22. 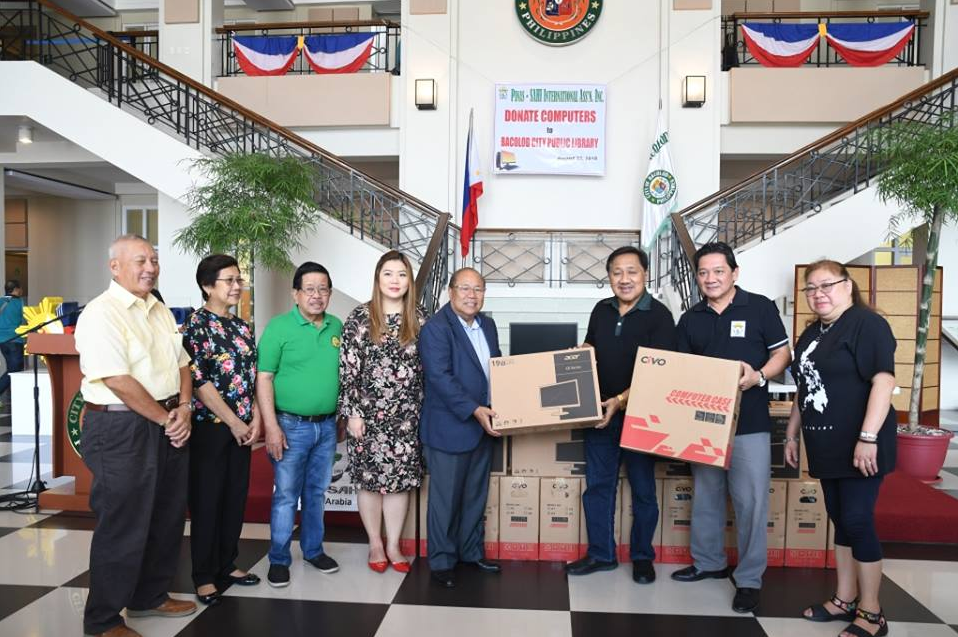 In an effort to improve the implementation of the library’s digital literacy program, the group’s former president Arman Montero said that they saw the lack of computers in the library and decided to donate.

The computers will help the library’s third year of providing free basic computer training to senior citizens, and anyone interested to learn how to use the computer.

The PINAS-SAHI is composed of professional and skilled Filipino workers in Saudi Arabia from Visayas or who are of Visayan descent. The foundation has also sponsored various projects in the region.