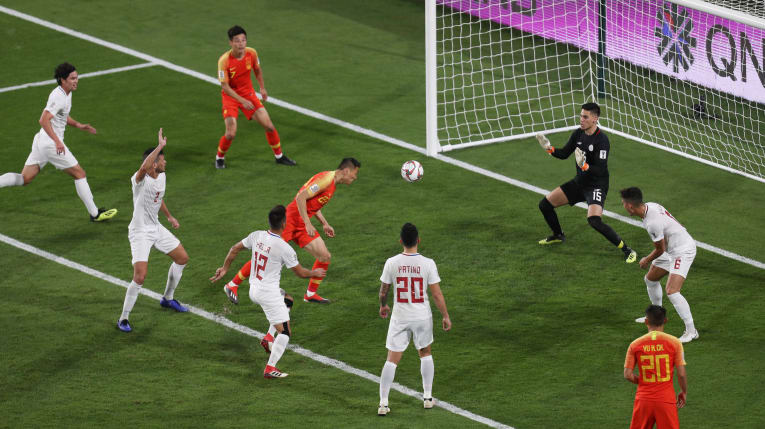 The Azkals gave it all they got when they faced Korea at the AFC such that weariness set in and apparently took its toll, heavily at that with a humiliating 3-0 defeat, by the time they played China four days later.

This, according to Azkals team captain Phil Younghusband, who said in the Asian Football Confederation (AFC) website, that he believes his team’s stellar showing in their campaign opener against World Cup-class Korea, where they played the underdog and gave the Koreans a hard time, proved catastrophic in their subsequent match against China.

“A lot of the players looked a bit leggy and tired because of the effort put in against Korea Republic,” Younghusband said.

“When you are tired, and you go 1-0 down after 40 minutes, everything seems a bit further and a bit slower. I definitely think the performance we put in against Korea Republic, especially the defensive side, took its toll against China,” he added, referring to the 1-0 score that the Koreans managed to make albeit almost midway through the second half.

“Once China got the first goal, it was always going to be difficult because we play a 5-4-1 with the aim of keeping the scoreline goal-less as long as possible. Against Korea Republic we were able to keep it at 0-0 until around the 70th minute, but with China scoring in the first half it made things harder for us,” AFC News further quoted Younghusband as saying.

“You start to chase the equalizer, chase the game, and lose spaces and lose discipline. And good teams are able to exploit that.”

“We have to win the next game,” Younghusband stressed. “We don’t have to go gung-ho at the beginning, but we know at some point we have to go for it. We’ve got 4-5 days before the next game, so we’ll have time on the training pitch to prepare for the game.

It was during the 39th minute of the game when China’s Wu Lei blitzed their first goal against the Philippines, giving China an edge to win the game.

Another one from Wu Lei, China’s second goal was scored during the 64th minute of the second half of the game.

China’s victory was sealed at the 79th minute of the game when Yu Dabao scored a goal few seconds after he was subbed in.

The match was attended by 16,013 football fans and supporters mostly comprised of Filipinos and Chinese. (With Neil Bie and Heidecel Serrano) Photos from AFC website