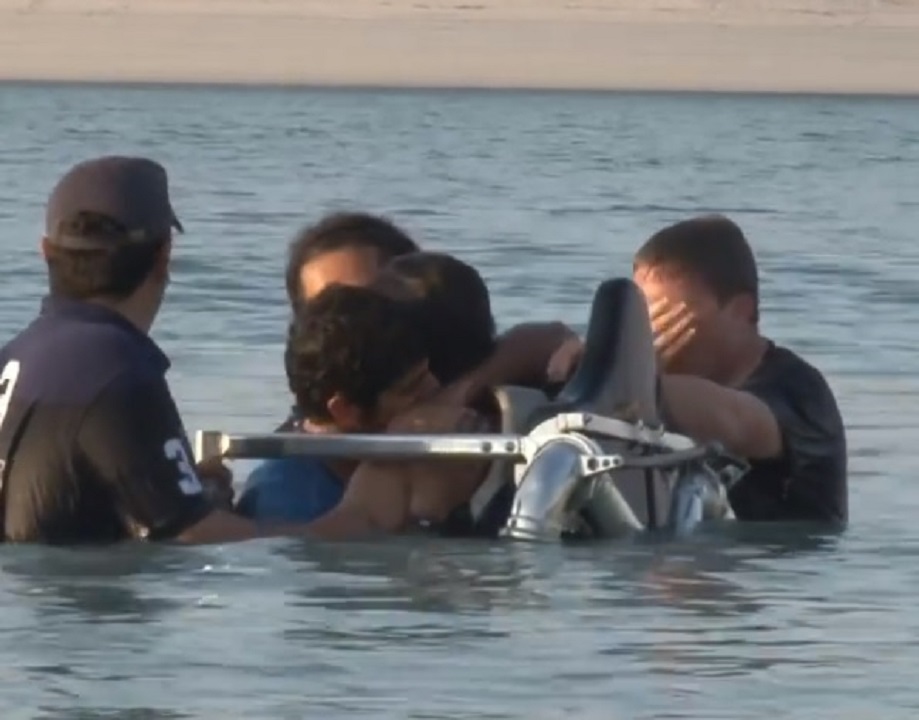 His Highness Sheikh Hamdan Bin Mohammed Bin Rashid Al Maktoum, Crown Prince of Dubai and Chairman of the Executive Council, rescued his friend from drowning during an adventure trip.

The rescue was captured in a viral video in which sport-enthusiast Nasser Al Neyadi could be seen attempting water jetpacking in the sea.

The instructor was assisting Nasser when the jetpack propelled him downwards deep into the waters.

As Nasser disappeared underwater, Sheikh Hamdan rushed in to help and bring him back to the surface of the water.

Others followed him as well in the rescue. After Sheikh Hamdan dived in to rescue Nasser the friends were later seen sharing light moments.