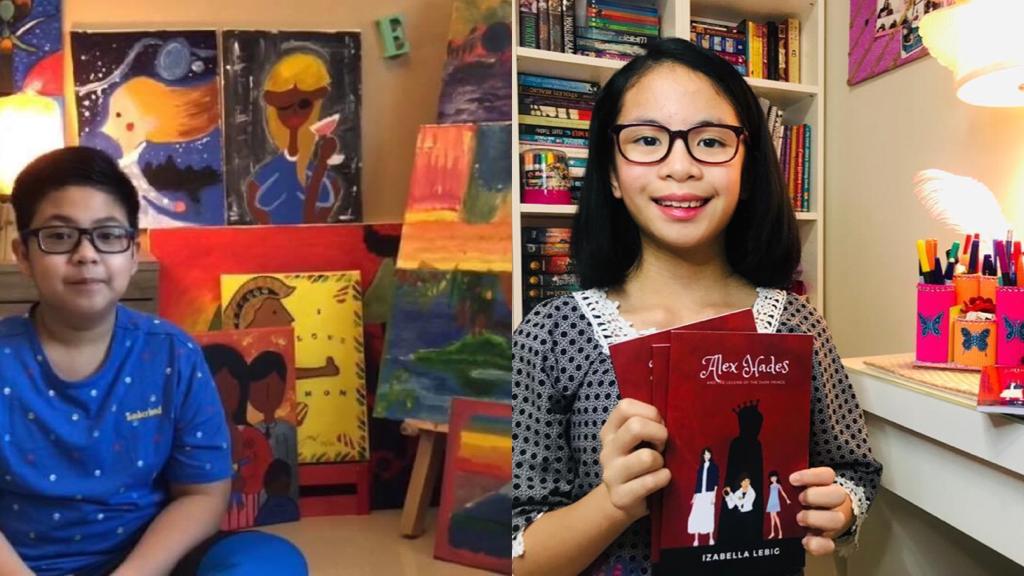 So much songs, proverbs and adages have been said about how the children are the hope of the society—leading the way for progress and ultimately, the salvation of the world in the future.

A lot of kids today are becoming more and more open about the issues of today. They are standing in front of us, ready to take charge, and outdoing us all with their evolved way of thinking. They make us all sit down and watch as they use their talents and skills to transform the world and propel the change.

In the Filipino community, there are also a great number of children who are showing boundless potential in thrusting the nation towards deeper pride. Despite their limited grasp of reality, they are out there proving themselves, shining brightly with their aptitude in various fields—from arts to writing, to music, and many more. They are the living proof that our nation holds the potential to have a vibrant future.

The art of helping 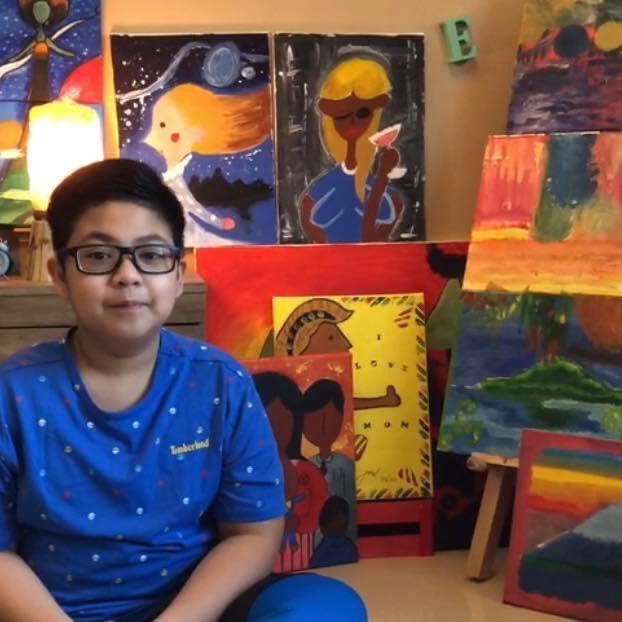 Jared Lorelle Jadraque, 11, has always been inclined to arts and craft. At the age of two, he was already drawing things he was seeing on TV, and at three, he was already painting. With a few brushes and a vast array of paints, he puts blank canvasses to life—wowing the community with his masterpieces that mostly depict families and people from all walks of life.

“He loves doing portraits because his inspiration is his family and friends in Dubai and in the Philippines. He has a great passion for art, an eye for the environment,” said his mother Jhea. 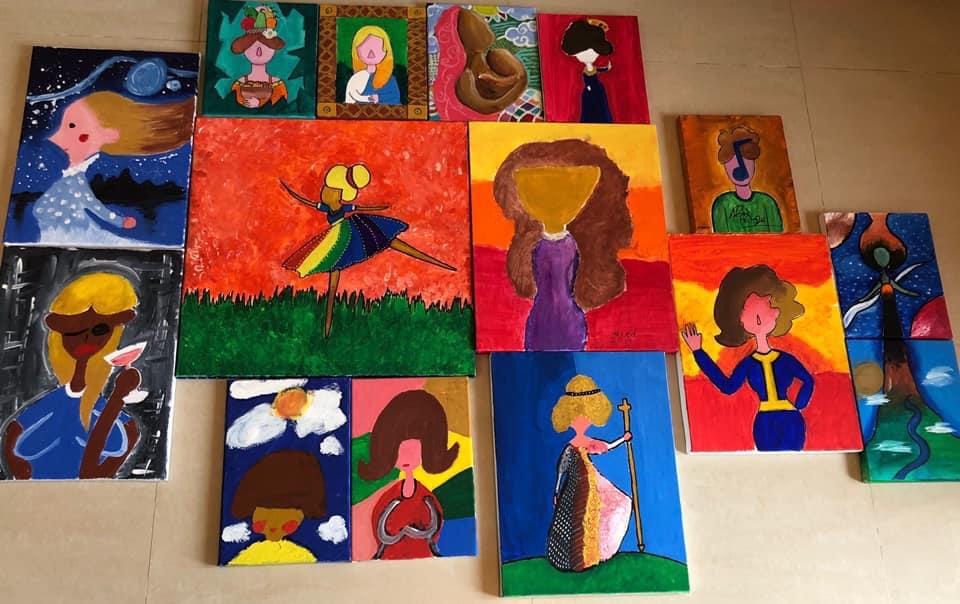 She also said that he has always been aware about what is happening in the world—even today’s pandemic—citing her son’s deep interest in news and public affairs.

This is why he has decided to barter his artworks so he can help Filipinos in the UAE affected by the current crisis.

“He loved the idea of using his paintings to get basic needs, and give those to all people who were affected by this crisis—especially those who lost their jobs,” said Jhea, noting that when Jared first learned how he can help through bartering, he became a lot more eager to paint.

Jared’s mother said that despite the pandemic, they still encourage him to continue his passion for art because they know that it is the only way that will help him cope with today’s dim situation. 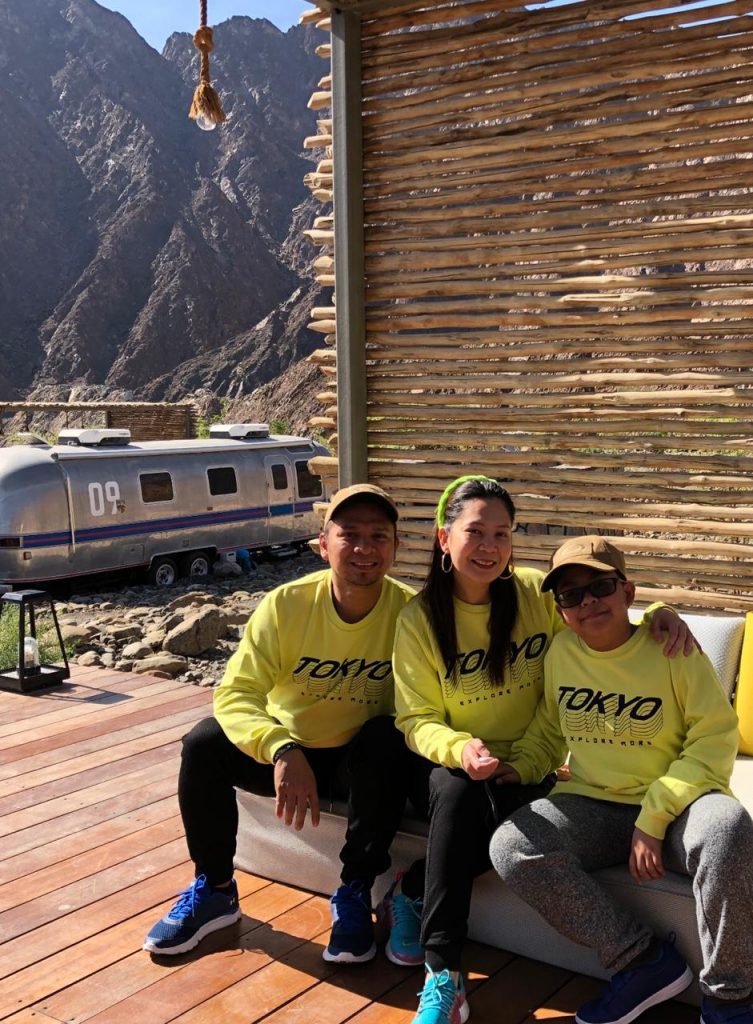 “A support from the parents is very important, it encourages kids to do what makes them happy. We are also grateful that at his age, Jared has a pure heart to help people, and he is aware about his social responsibility,” she said.

She also said that as parents, the only questions they need to ask themselves to raise their children better are what motivates them, and what makes them happy.

“We need to be an inspiration to our kids, through continuously motivating them in their chosen craft. They should be the one to decide on where they would like to excel. We are here only to guide them and support them,” added Jhea. 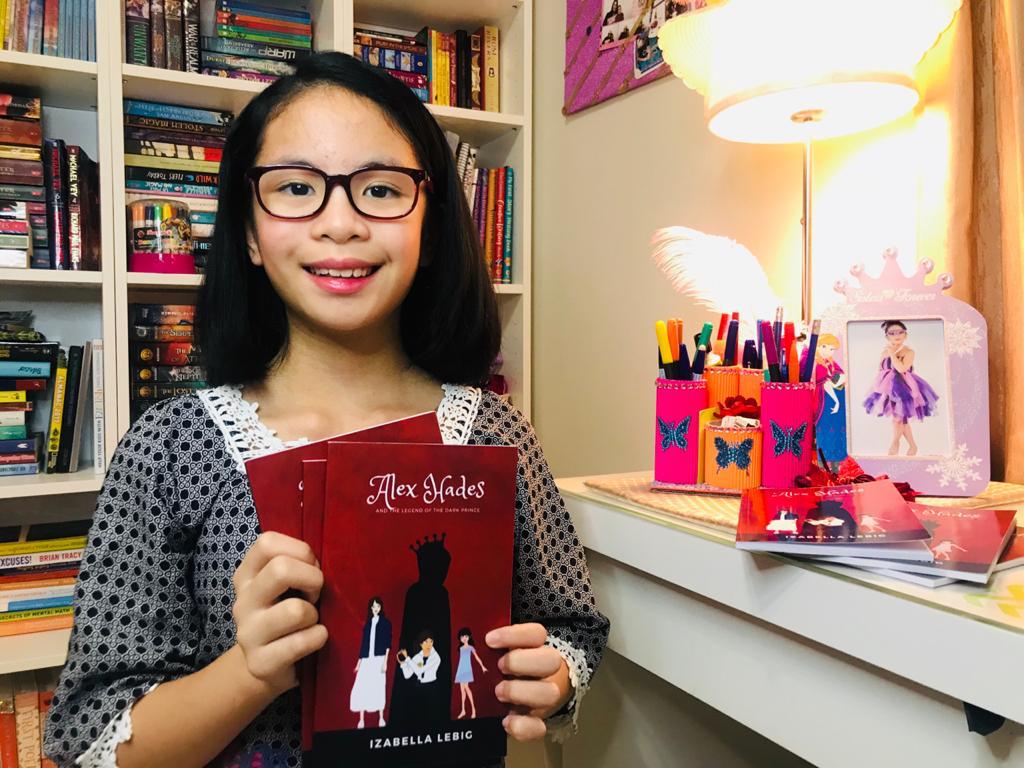 Untamed imagination and loud thoughts became the focal point of Izabella Faye Lebig, a UAE-based Filipina kid, into actualizing her first published book, titled “Alex Hades and the Legend of the Dark Prince”—a feat that not many kids, or even adult Filipinos have achieved in the UAE.

According to her, she knew she wanted to write as early as five—when she would get bored in the middle of the class and her mind would go elsewhere instead.

“My imagination and thoughts were still untamed and loud and kept seeking attention! So, on a parent and teacher meeting my first-grade teacher told my parents about it, so after we got home my parents decided to do something about it. They tried making me write, so that I could express my loud and untamed thoughts. They gave me a notebook and a pencil and asked me to write a short story,” she said, noting that her mom bought her colorful and themed books to help her ease into the writing process.

Her father, Ben Lebig Jr., added that they encouraged her to write her thoughts and that they made it fun for her so as not to give her any kind of pressure.

“We encouraged her to write down her thoughts to help her focus. We made sure it was also fun for her, like having themed workbooks that gave her some initial ideas on how to structure her thoughts,” he said.

It was then, Izabella said, that she started writing more and longer short stories—finishing five themed books when she reached the age of seven, so much so that her stories were already too long to fit in all her colorful notebooks.

She added that the inspiration for her book came from ideas and characters in books and movies, such as Percy Jackson and Harry Potter. 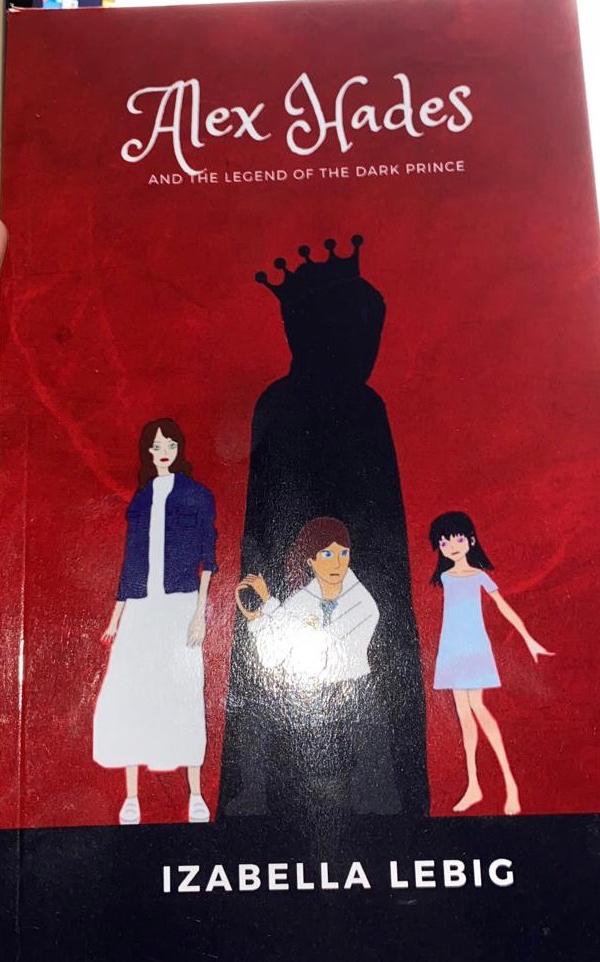 “I collected and create characters, and then I gathered ideas from those same books and movies, I tweaked those concepts while doing research, and molded all those ideas and characters into one.  After the creation of these three characters I put them together and that is how the idea of the book started,” she said.

Izabella said that while she is proud of her masterpiece, she knows that it would not have been possible if it weren’t for the immense support of her mom and dad

“My parents helped me achieve my goal of publishing a book in various ways. My mom was the one who inspired me to love writing, and the one who found a publisher for my book. My dad helped me look for individuals who can help mentor me in writing my book,” said the young Filipina author. 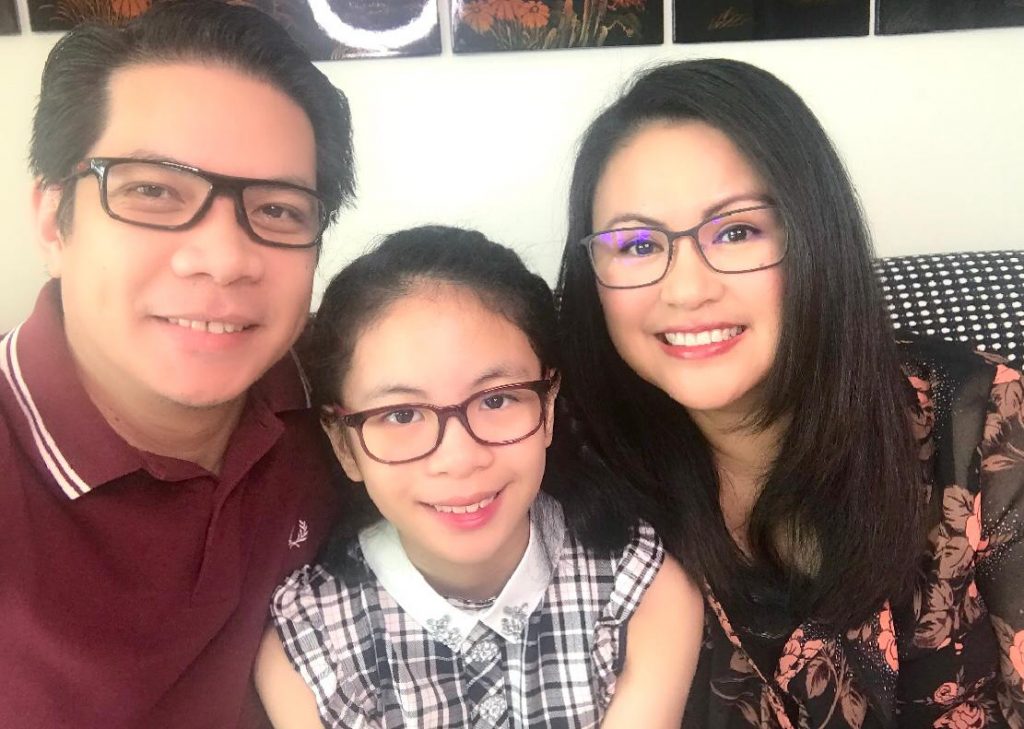 Ben added that the parents’ primary job is to support and encourage their kids, and make the entire process of their self-discovery as fun as possible.

“As parents it is our instinct to love and support our kids. We know them better than anyone, but when we really take time to carefully observe and talk to them, we will have a glimpse of what really interests them,” he said. “Once this becomes known, we try our best to support them given the time and resources at our disposal. We really don’t need to spend so much, instead we can be creative in the ways we support them.”

“And in cases where we don’t share the same interests as our children, our support may come from looking for someone who can mentor them and guidance them as they strive to flourish in their passion,” he added. 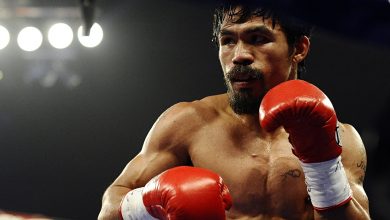 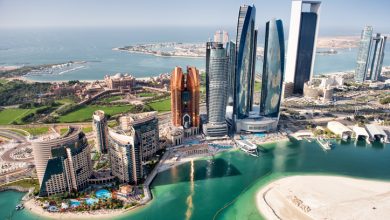