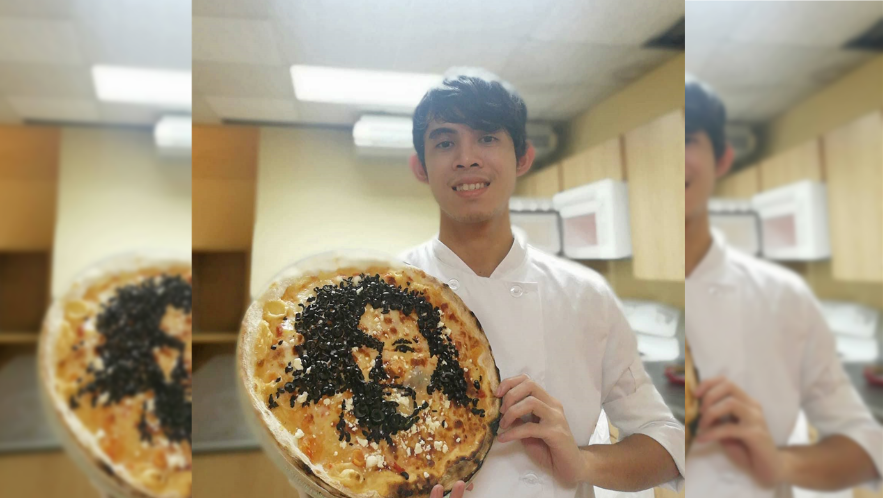 To show his support for Pacquiao during the match, OFW in Trinidad and Tobago, Nestor Cabradilla, baked a caramelized onion and cheese pizza which outlines Pacquiao’s face.

In an online interview with The Filipino Times, Cabradilla said that ‘The People’s Champ’ has been an inspiration to him for a very long time.

Cabradila made it with a layer of melted cheese, he began outlining Pacquiao’s facial features with black olives, caramelized onion, and feta cheese.

The whole process took the OFW almost 3 hours, including the baking time.

This is not the first time that Cabradilla drew inspiration from a Filipino personality and incorporated it to his baked pizza.

Pacquiao snatched a TKO win over his Argentine opponent Lucas Matthysse. Filipinos over the world watched as Pacquiao showed his classic punches and jabs as he knock down Matthysse for the third time in the seventh round of the match, giving him the win and the WBA welterweight title.