A 17-year-old Filipino singer blew everyone away at The X Factor UK Season 15 with her rendition of a classic hit song by Prince.

Marie Laroco said at the beginning of her audition that she flew all the way from the Philippines to join the said singing competition in the UK and achieve her dreams of becoming a well-known music artist.

“Since I was a little girl, I have always wanted to be an international superstar. I want to be big. So that’s why I am doing this because I love to do it and this is my dream,” Laroco said before she began singing.

Laroco then performed a powerful version of Prince’s “Purple Rain” which earned her a standing ovation from the show’s judges, Robbie Williams, Ayda Field, Louis Tomlinson, and Simon Cowell.

Other Filipino acts, including Alisah Bonaobra and 4th Impact, have also tried their luck on the previous seasons of the same show.

Laroco is no stranger to talent competitions as she has already competed in the Philippines’ version of The Voice Kids in 2014.

Under the name Giedie Laroco, the then 13-year-old singer performed her rendition of Jennifer Rush’s “The Power of Love” during the blind auditions.

She became a part of Lea Salonga’s team but was eventually eliminated in the sing-off rounds.

After The Voice Kids, Laroco has been featured in the YouTube channel of Universal Records in which she performed the classic Disney song “Beauty and the Beast”. 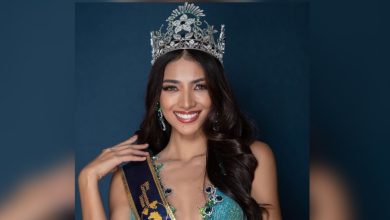 This website uses cookies to improve your experience while you navigate through the website. Out of these, the cookies that are categorized as necessary are stored on your browser as they are essential for the working of basic functionalities of the website. We also use third-party cookies that help us analyze and understand how you use this website. These cookies will be stored in your browser only with your consent. You also have the option to opt-out of these cookies. But opting out of some of these cookies may affect your browsing experience.
Necessary Always Enabled
Necessary cookies are absolutely essential for the website to function properly. These cookies ensure basic functionalities and security features of the website, anonymously.
Functional
Functional cookies help to perform certain functionalities like sharing the content of the website on social media platforms, collect feedbacks, and other third-party features.
Performance
Performance cookies are used to understand and analyze the key performance indexes of the website which helps in delivering a better user experience for the visitors.
Analytics
Analytical cookies are used to understand how visitors interact with the website. These cookies help provide information on metrics the number of visitors, bounce rate, traffic source, etc.
Advertisement
Advertisement cookies are used to provide visitors with relevant ads and marketing campaigns. These cookies track visitors across websites and collect information to provide customized ads.
Others
Other uncategorized cookies are those that are being analyzed and have not been classified into a category as yet.
SAVE & ACCEPT
1319 shares
Close