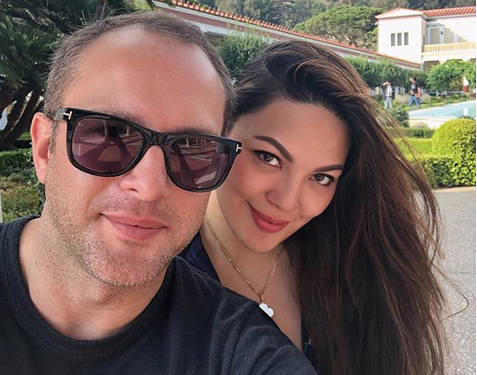 It seems KC Concepcion has found the new love of her life as evident in her recent Instagram post.

On August 18, the 33-year-old actress posted a photo with the caption, “Warm, genuine, timeless.”

The three adjectives she used in her caption are probably the three words that best describe the man in the photo with her, who was French filmmaker and entrepreneur Pierre-Emmanuel Plassart.

In an interview last July, Concepcion said her current inspiration is a foreign man who is “Filipino at heart.”

That is why many netizens were quick to ask the actress if Plassart is the guy she was talking about. Though Concepcion did not directly mention that Plassart is her new boyfriend, her responses to her followers say it all.

According to online sources, Plassart is a 35-year-old film producer and businessman who was born in Le Mans, France. He studied Economics in France and filmmaking in Los Angeles. He worked on his first film titled “Betrayed” in 2006.

According to other sources, Plassart came from a well-off family who owns supermarkets in France.

Concepcion also confirmed that she and Plassart first met during a gala dinner hosted by former US president Bill Clinton in 2011.

After the news broke out, Concepcion’s mother, Sharon Cuneta, took to Instagram to share her reactions about her daughter’s new relationship.

On her Instagram account, Cuneta posted a screenshot of an article published on PEP.ph saying that she approves of Concepcion’s new relationship.

“My Kristina and Pierre. Not anyone new. The same Pierre we warmly welcomed into our family and circle years ago. I am so happy!” she said.

My Kristina and Pierre. Not anyone new. The same Pierre we warmly welcomed into our family and circle years ago. I am so happy! @itskcconcepcion @peplassart

A post shared by ActorSingerPresenter (@reallysharoncuneta) on Aug 18, 2018 at 8:37am PDT