Overseas Filipino workers (OFWs) in UAE are urging the Inter-Agency Task Force (IATF) to reconsider scrapping mandatory quarantine for travelers from the country, citing that the UAE is the world’s most vaccinated country and nears to achieving its herd immunity. It will only happen if the Philippine government will include the UAE in its ‘green list’.

On October 13, the IATF adopted Resolution No. 143 which states that all fully vaccinated individuals from ‘green list’ countries are no longer required to do quarantine under a hotel back home. Instead, they only need to undergo a swab test with a negative status taken 72 hours prior to their flight. Upon arrival in the Philippines, they will be tasked to head home immediately and self- monitor for any symptoms until the 14th day.

“For fully vaccinated Filipinos, they can choose facility-based quarantine until the release of a negative RT-PCR test taken in the quarantine facility upon arrival, or no facility-based quarantine after getting a negative RT-PCR test within 72 hours prior to departure from the country of origin but the passenger is enjoined to self-monitor for any symptoms until the 14th day,” said Presidential Spokesperson Harry Roque, who also serves as the official spokesperson for the IATF.

However, the UAE remains in the Philippines’ ‘yellow list’ along with countries outside the ‘green list’, despite the lower COVID-19 cases that have been observed in the Middle Eastern country; it has averaged less than 200 since the beginning of October, according to the data from the National Emergency Crisis and Disasters Management Authority (NCEMA).

Many OFWs in the UAE only have a limited time to spend in the Philippines during their annual leave. Majority only spend an average of two weeks – but with the current set up, majority of these days are spent alone in their respective quarantine facilities provided by the Overseas Workers Welfare Administration (OWWA).

The UAE is topping all charts in terms of global vaccination rates, with 95.78% of its total population receiving at least one dose, and 85.67% who have all been fully vaccinated.

Javier Silvestre from Dubai stated that the Philippines should reconsider moving the UAE to the green list, stressing that that he as well as several other OFWs had already taken two different kinds of vaccines provided by the UAE since the pandemic began.

As it stands, the current ‘Green List’ covers 49 countries, with only Bermuda remaining on its ‘Red List’ other countries outside these lists are within the ‘Yellow List’. However, the IATF regularly updates the list on a biweekly bases, which means that OFWs can hope that the UAE may be added on either in the next list from October 16-31, or in the next cycle on the first half of November.

Another concern among OFWs with the recent announcement are the prices of return tickets for their flights, which currently ranges around AED 5,100 to AED 10,500 for return trips for the month of December, according to ClearTrip.

OFWs said that the trip to the Philippines isn’t practical due to the high costs for round trip tickets, with some even comparing its current price to that of a two-year visa in the UAE, or even for their monthly payments for their house and lot.

Should the UAE remain in the Philippines’ ‘Yellow List’ of countries by October 16, fully-vaccinated OFWs may still go home but they will be required to undergo five days of facility-based quarantine, according to the IATF’s Resolution no. 142.

OFWs can head home once get their new negative result from the RT-PCR test that they took upon arrival on the 5th day of their stay in quarantine. The remainder of the 10-day quarantine should be spent at their home. The day of their arrival will be considered their first day. This remains as a welcome improvement from the previous 10- day mandatory quarantine within a hotel facility that was implemented months prior.

OFWs who are partially vaccinated, unvaccinated, or individuals whose vaccination status cannot be independently verified or confirmed as valid or authentic by local authorities coming from “green” or “yellow” countries will undergo the original duration of the facility-based quarantine until the release of the RT-PCR taken on the seventh day. After that, they need to undergo home quarantine until their 14th day.

Any individual coming from ‘Green Lane’ countries who are found positive will follow the prescribed isolation protocols. Upon completion of such quarantine, the Bureau of Quarantine (BOQ) shall issue a Quarantine Certificate indicating therein the individual’s vaccination status. The BOQ shall ensure strict symptom monitoring while in the facility quarantine. 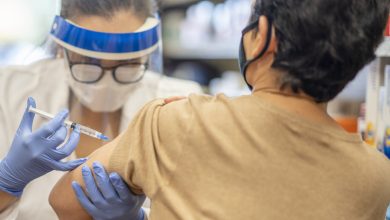 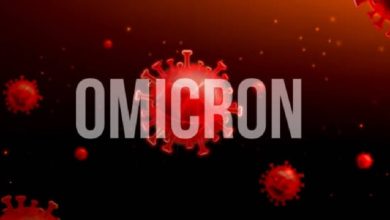 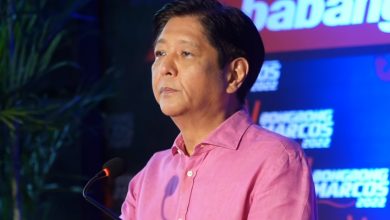 This website uses cookies to improve your experience while you navigate through the website. Out of these, the cookies that are categorized as necessary are stored on your browser as they are essential for the working of basic functionalities of the website. We also use third-party cookies that help us analyze and understand how you use this website. These cookies will be stored in your browser only with your consent. You also have the option to opt-out of these cookies. But opting out of some of these cookies may affect your browsing experience.
Necessary Always Enabled
Necessary cookies are absolutely essential for the website to function properly. These cookies ensure basic functionalities and security features of the website, anonymously.
Functional
Functional cookies help to perform certain functionalities like sharing the content of the website on social media platforms, collect feedbacks, and other third-party features.
Performance
Performance cookies are used to understand and analyze the key performance indexes of the website which helps in delivering a better user experience for the visitors.
Analytics
Analytical cookies are used to understand how visitors interact with the website. These cookies help provide information on metrics the number of visitors, bounce rate, traffic source, etc.
Advertisement
Advertisement cookies are used to provide visitors with relevant ads and marketing campaigns. These cookies track visitors across websites and collect information to provide customized ads.
Others
Other uncategorized cookies are those that are being analyzed and have not been classified into a category as yet.
SAVE & ACCEPT
143 shares
Close