ABU DHABI: The UAE continues to show to the world that the country is a place where diversity, inclusivity, and tolerance are celebrated with the overwhelming success of the just-concluded Special Olympics World Games Abu Dhabi 2019.

His Highness Sheikh Mohammed bin Zayed bin Sultan Al Nahyan, Crown Prince of Abu Dhabi and Deputy Supreme Commander of the UAE’s Armed Forces, lauded efforts of the entire nation as all citizens from over 200 nationalities banded together to create an unforgettable atmosphere of unity and harmony during the event that took place from March 14 to 21 with more than 7,500 athletes, coaches and families participating in the biggest sporting event for people of determination. 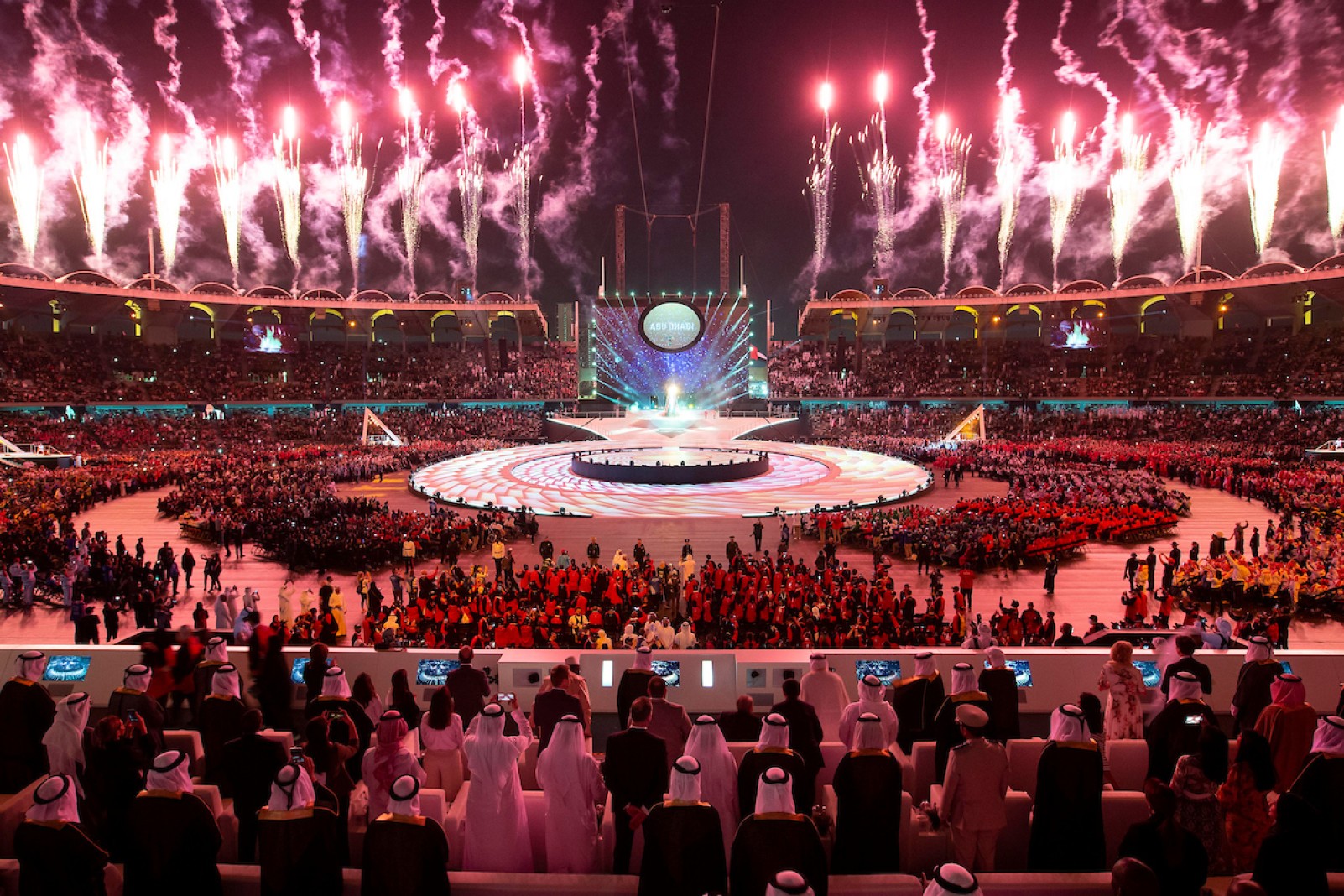 As one of the 200 countries to participate in the world’s largest sports and humanitarian event, Filipinos, comprising of almost a million here in the UAE, have shown thorough support from the moment the Philippine delegation landed in the country. 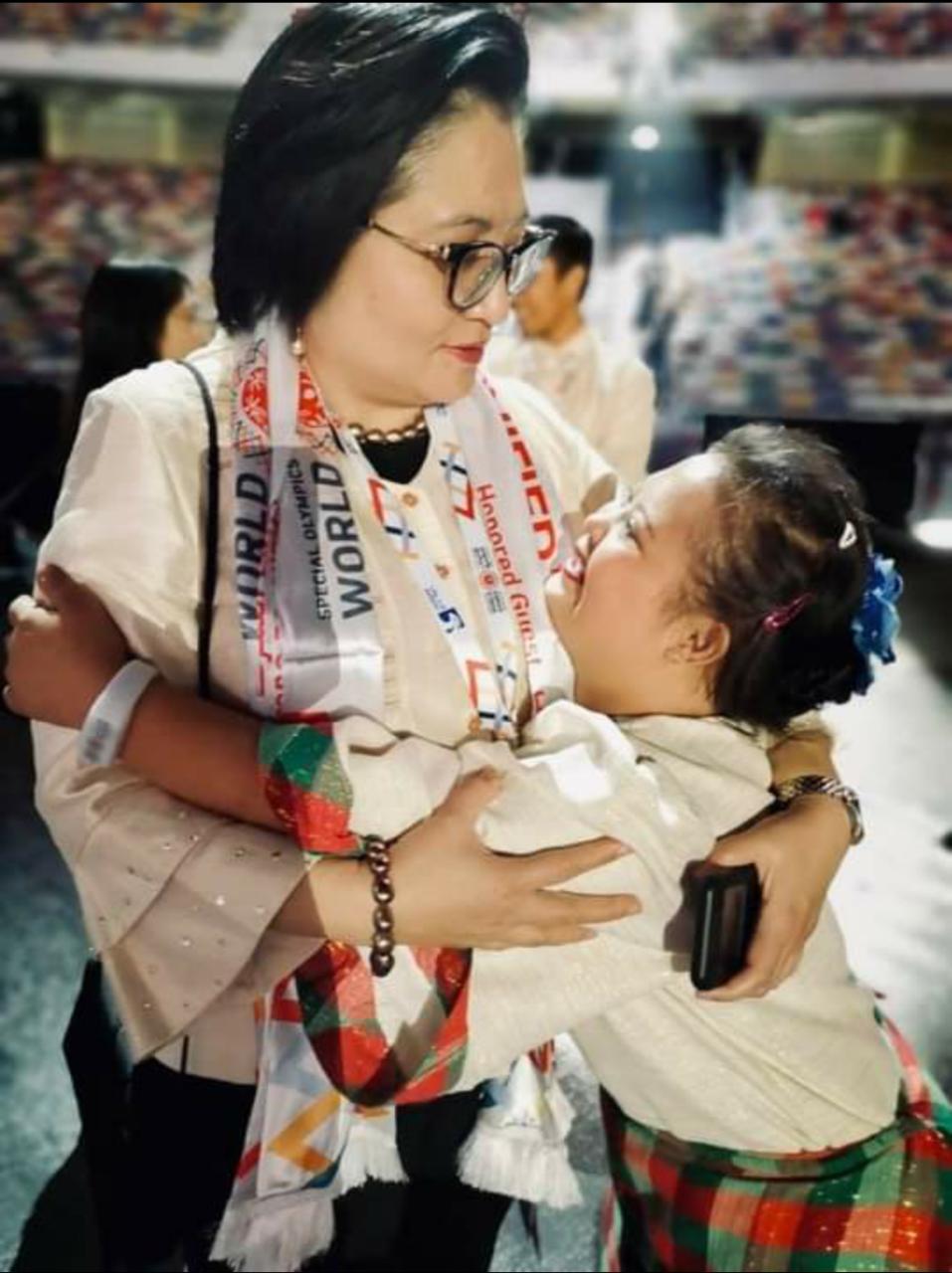 Ambassador Hjayceelyn Quintana marched together with the entire Philippine delegation during the opening ceremony that was cheered on by many Filipinos as well as citizens of other nationalities.

The Philippine ambassador likewise praised efforts of the UAE government as the country made its indelible mark as the first country in the MENA region to host the global games. “The UAE once again sends a strong message to the international community in promoting positive change for people with intellectual disabilities and create a more inclusive society,” said Quintana. 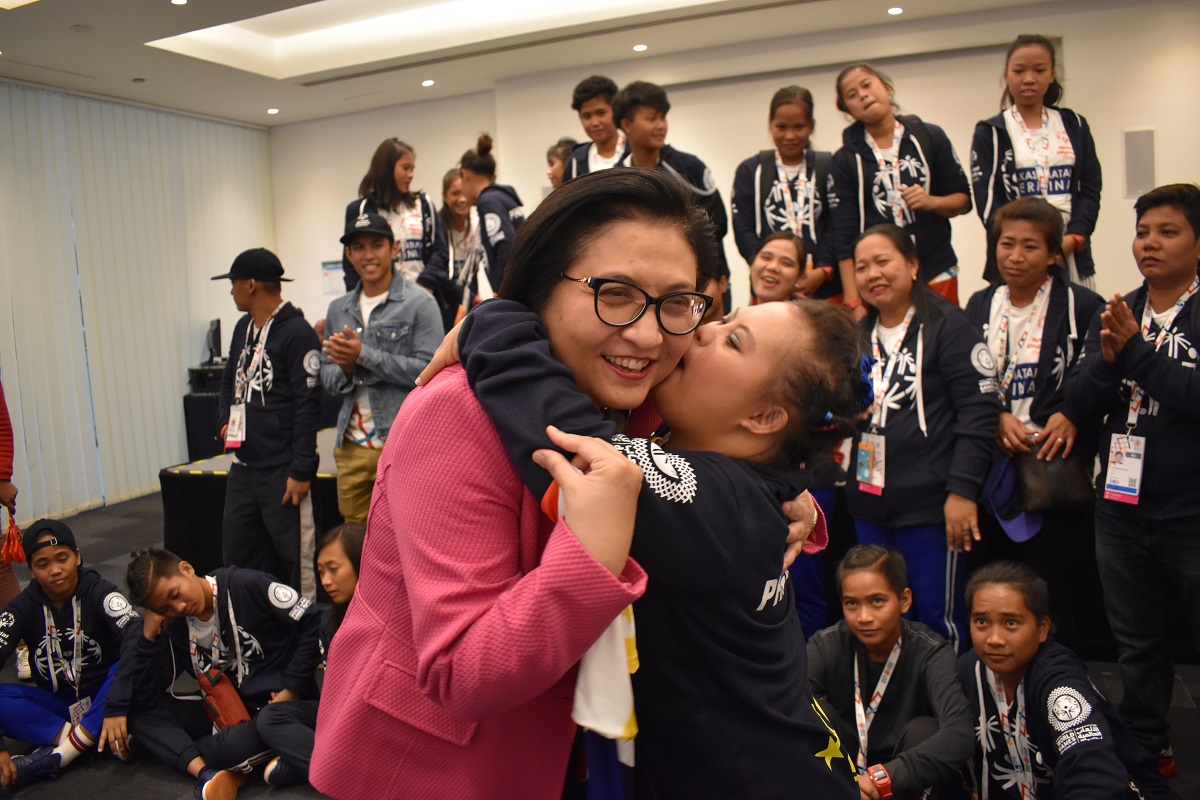 Kaye Samson, National Executive Director for Special Olympics Philippines shared the plight of the athletes as well as the organizing team who struggled to find support to help Filipinos of determination prepare for the world games. 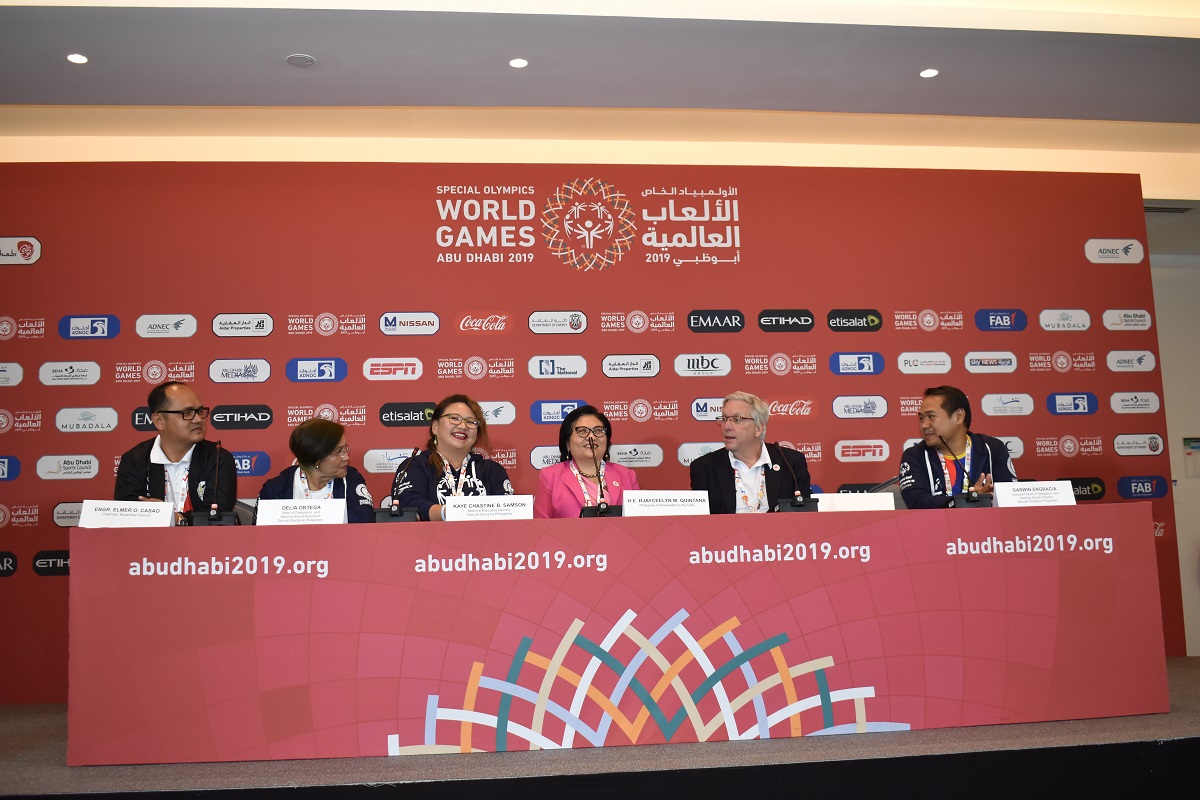 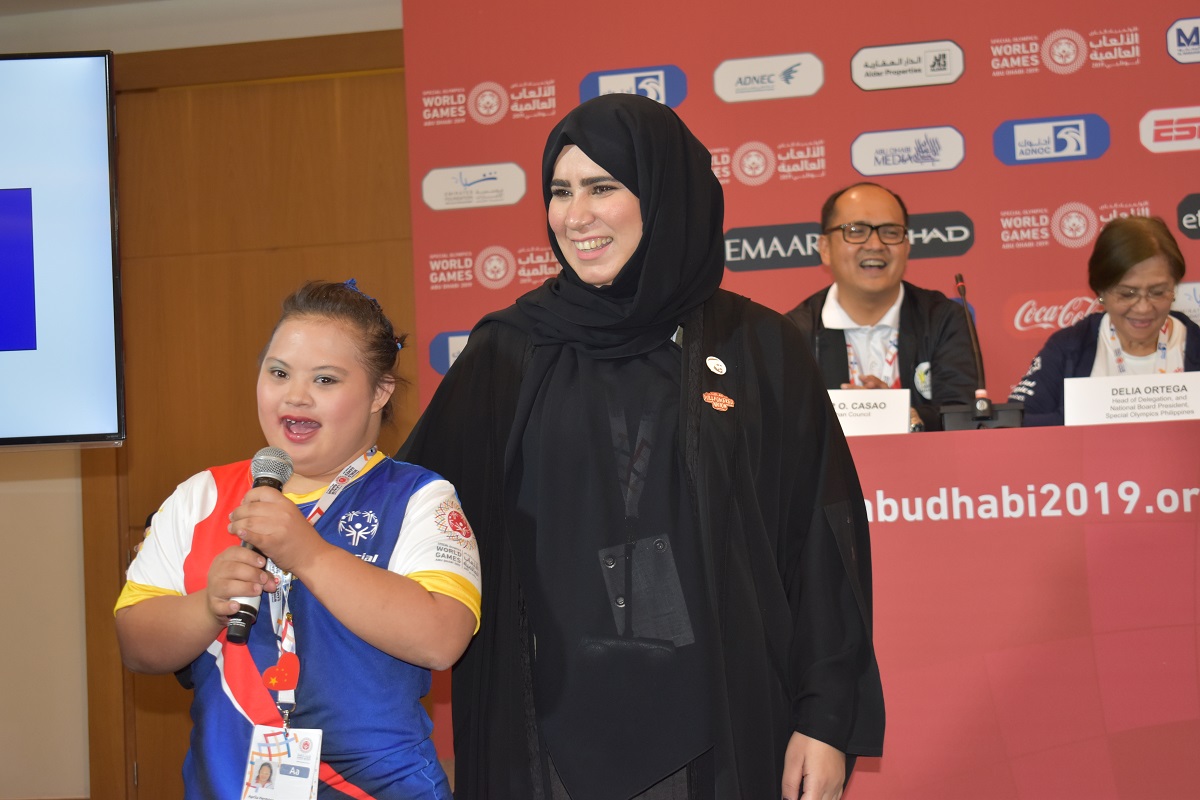 Delia Ortega, Head of Delegation and National Board President for Special Olympics Philippines added that it was during President Marcos’ time when athletes used to be brought to Laoag to train but that has stopped for a long time now. “All trainings that are being done are done locally or by the LGUs, although we have lots of sports events that are being held by the DepEd. In a year they have like three so that’s where most of these athletes who are in school have been training and competing nationally. That’s the only training that they really get, aside from the trainings that they get from the Special Olympics training that we give before an event.

Despite the challenges that the Philippine delegation has faced, they still managed to find their own way to head to Abu Dhabi to participate and will now be bringing with them IX gold, X silver and X bronze medals, along with several more wins from 4th place onwards against a global delegation of 200 countries after participating in a variety of games including Athletics, Bocce, Badminton, Bowling, Football, Powerlifting, Rhythmic Gymnastics, and Swimming. 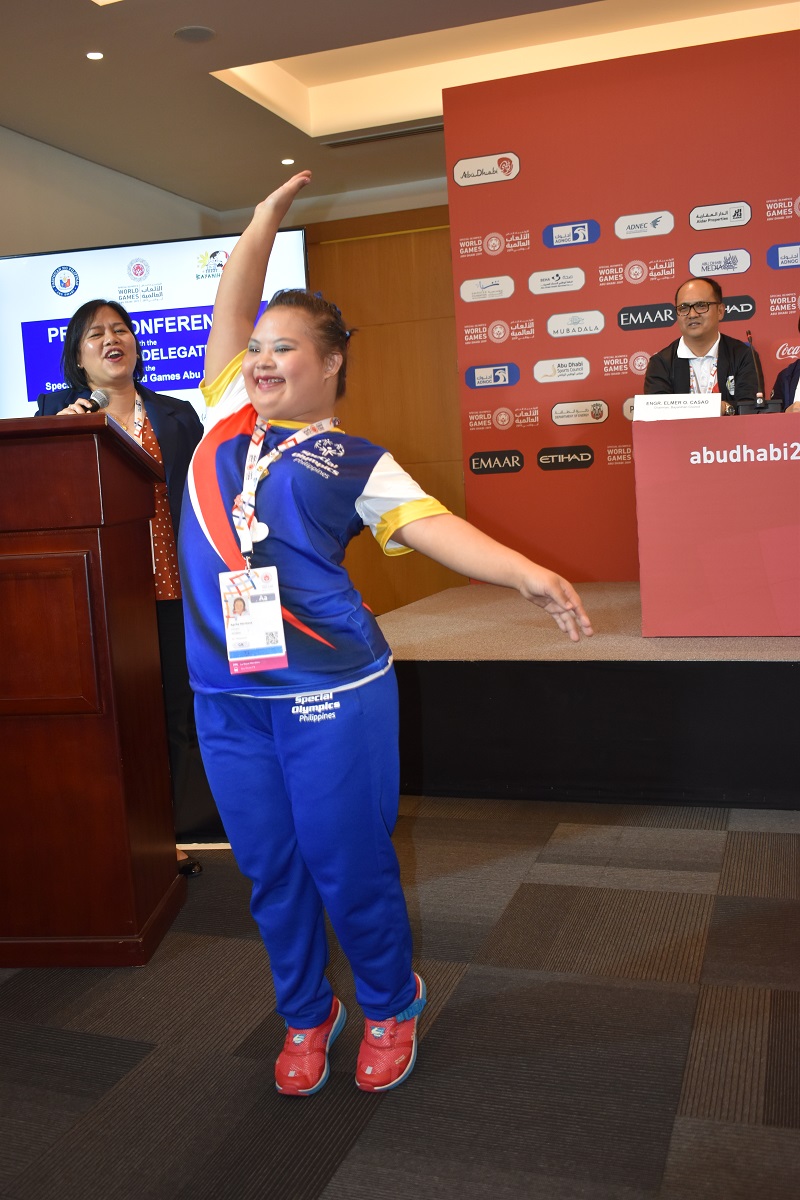 Ortega hopes that the achievements the Special Olympics Philippine team will be bringing home will be more than enough for the government to begin considering that there’s a huge room for improvement for Filipinos when it comes to sports – specifically when participating in the global games. “I hope that the government gets to seriously consider sports training because Filipinos love to play sports eh, kaya lang training ang kulang. Kaya kung minsan sa mga SEA games, mga ganyan we still lack behind despite the fact that we’re very, very sports-minded people,” said Ortega. 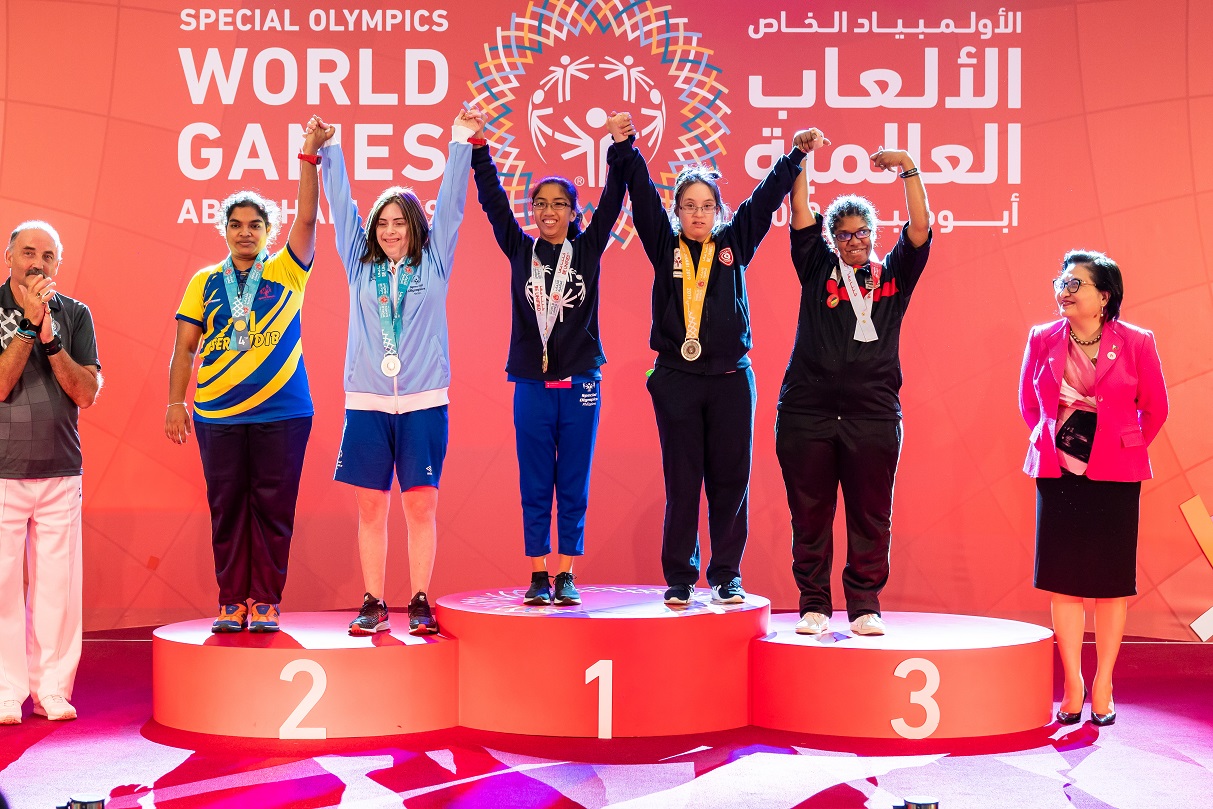 Special Olympics World Games Abu Dhabi 2019 CEO Peter Wheeler expressed his gratitude not only for the Philippine team, but to the 7,500 athletes as well as to the hundreds of thousands of supporters of the games: “I think that the success of these games was led by the example of the athletes. The athletes were the ones who really demonstrated to the world what these games were all about. It’s about their wonderful skills and contributions and how they can lead us in creating a world that’s truly unified. A world that is joyous, accepts everyone, and is real, authentic, and heartwarming.”

The next Special Olympics World Games will take place in Sweden by winter of 2021. 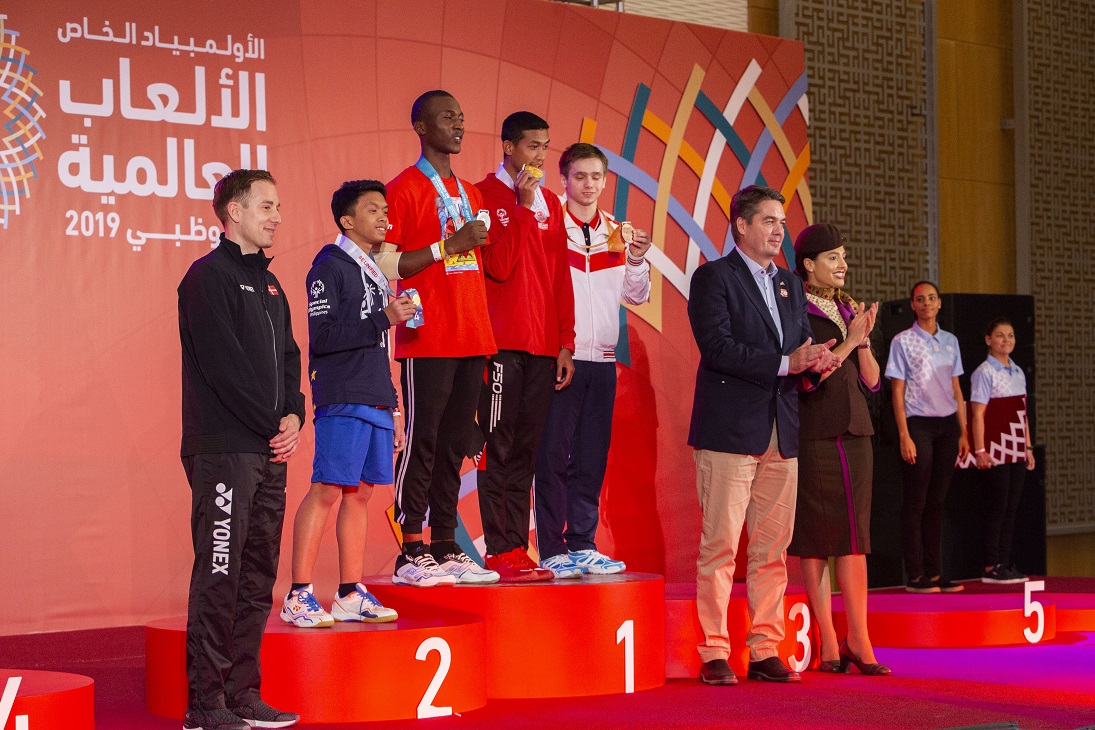 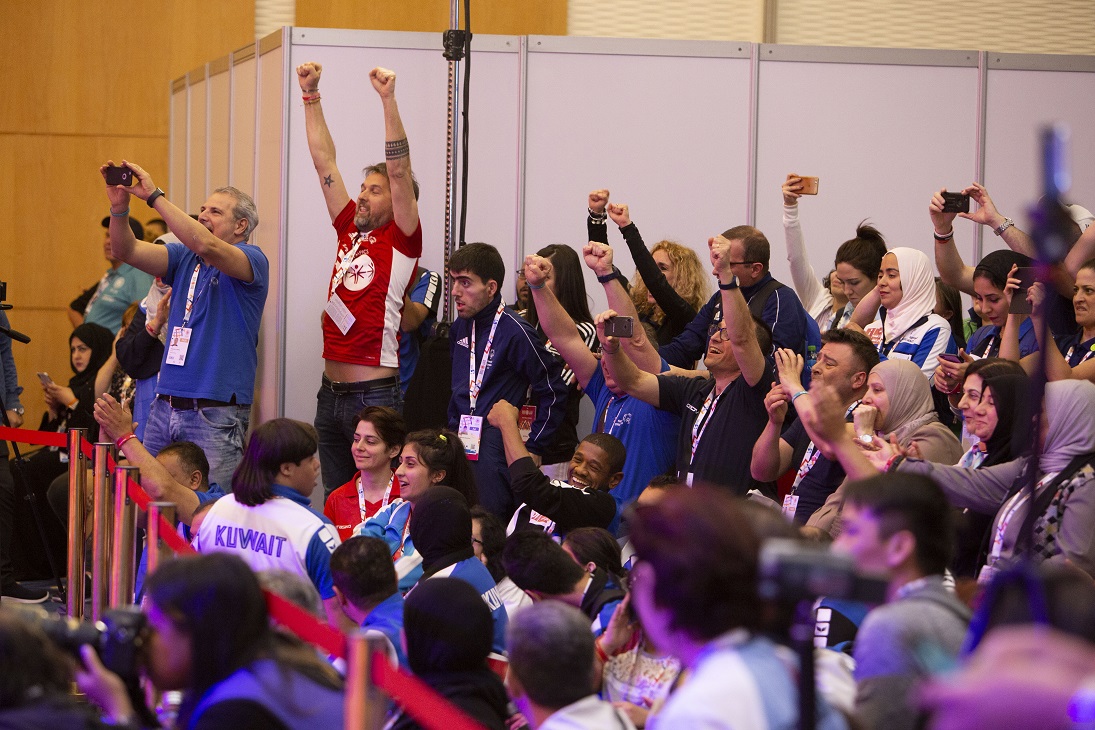 With over 10 different locations across Abu Dhabi and Dubai for the Special Olympics World Games Abu Dhabi 2019, many locals and expats from all walks of life came together to assist more than 7,500 people of determination to help them with their games.

Among these volunteers were Filipinos who willingly spent their time aiding athletes coming from more than 200 countries to ensure that they get to perform their best during their games and that their stay in the UAE will be filled with wonderful memories. 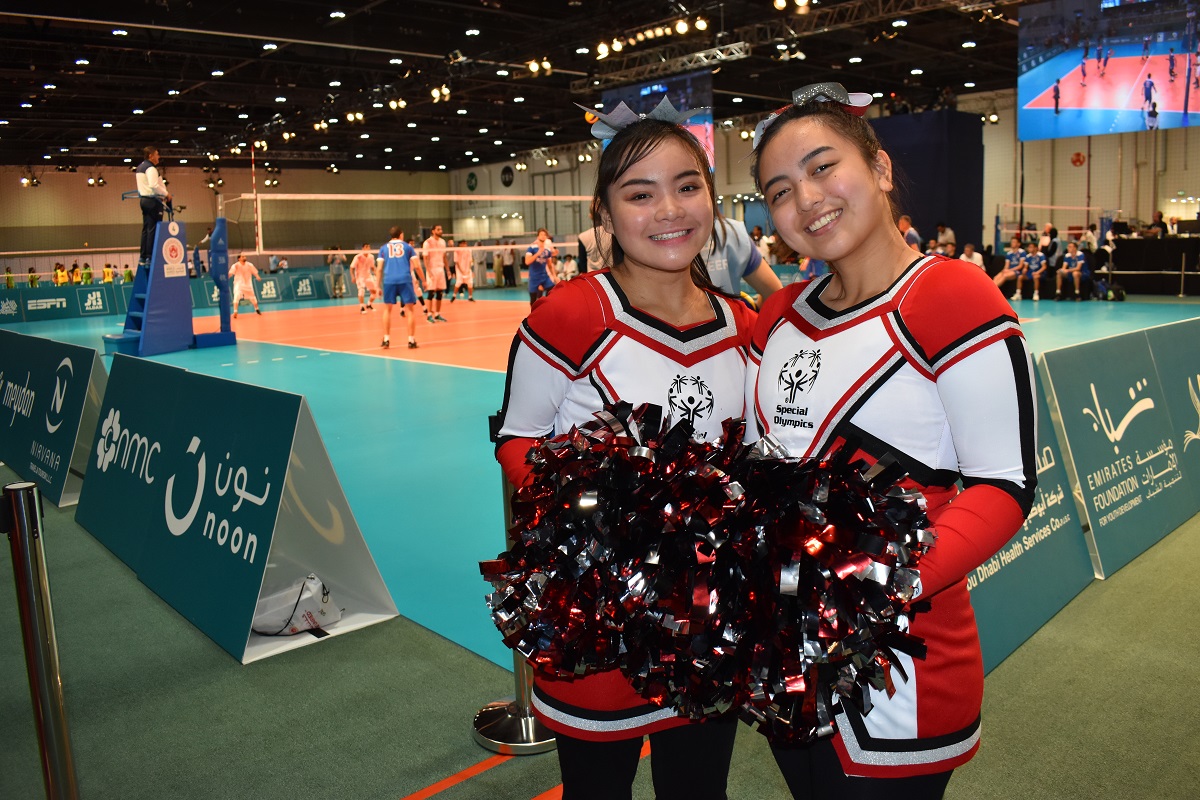 Ambassador Hjayceelyn Quintana herself spent time to be there to support the athletes and watched a few games.

Here are a few snapshots of the Filipino community as they participated during the two weeks of events. 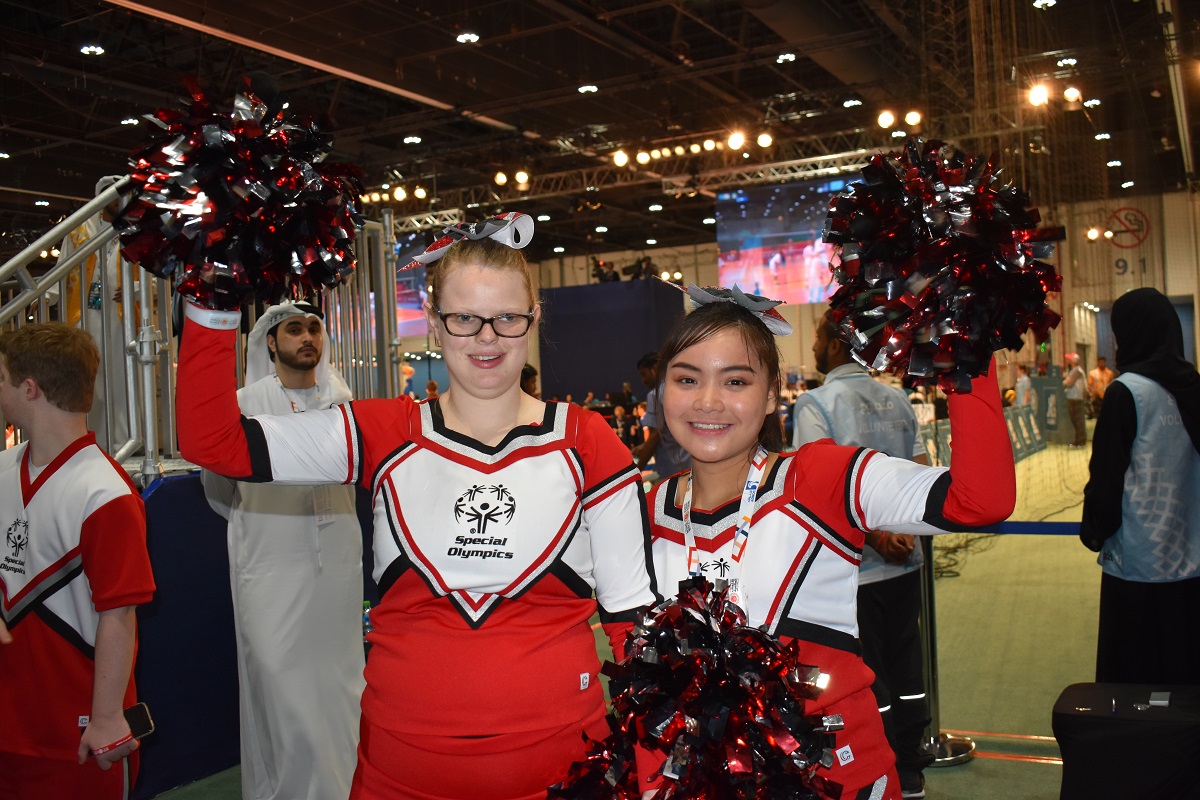 Prior to the games, several schools, universities and other institutions across the UAE participated in the Special Olympics World Games Abu Dhabi 2019’s Host Town Program as the athletes landed in the country to help them immerse with the UAE culture. 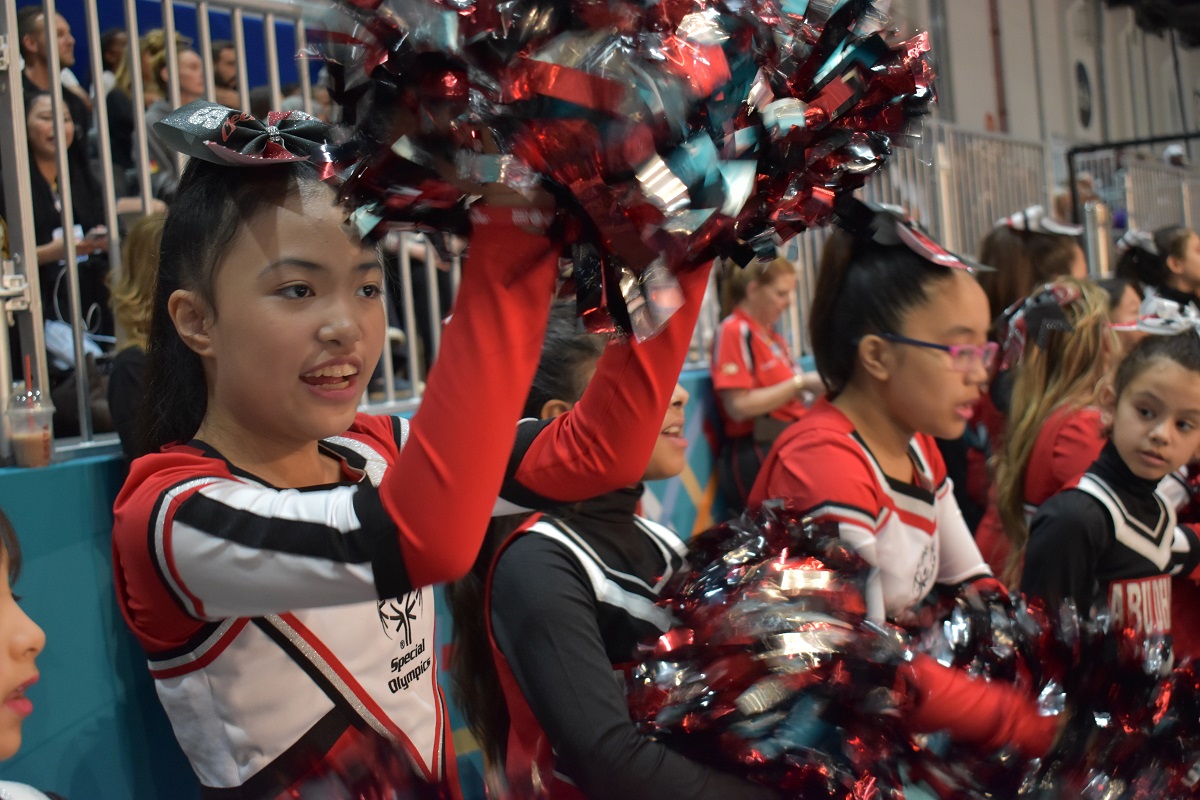 One of these institutions is the Far Eastern Private School in partnership with the Government of Sharjah who hosted the delegation of the People’s Republic of China with a program that showcased the cultures of the UAE and the Philippines. 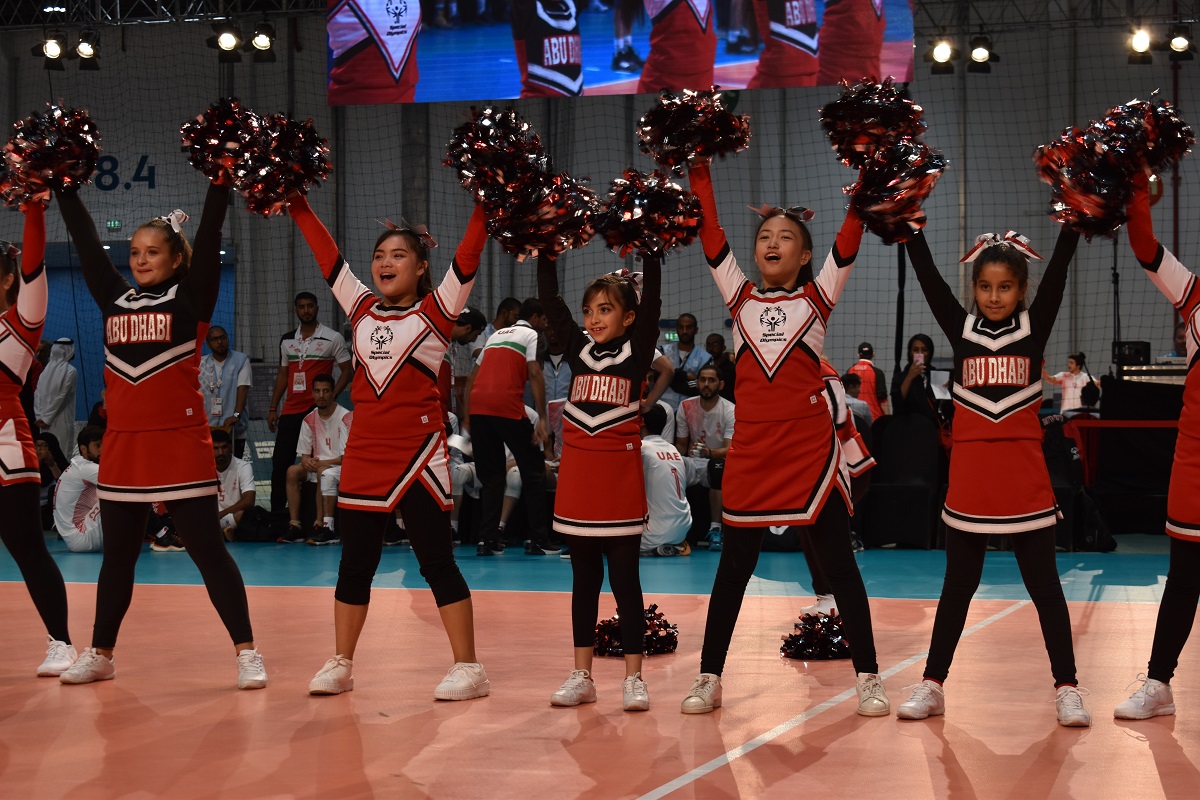 Another institution that participated in the Host Town Program is the Skyline University with H.E. Dr. Tariq Sultan bin Khadem, Member of the Sharjah Executive Council and Chairman of the Human Resource Department in attendance.

Many Filipinos also showed their support by attending many games not just for the Philippine delegation, but for the games of other nationalities participating in the Special Olympics as well. Abu Dhabi’s Bayanihan Council, led by Elmer Casao, attended several of the games across multiple venues. 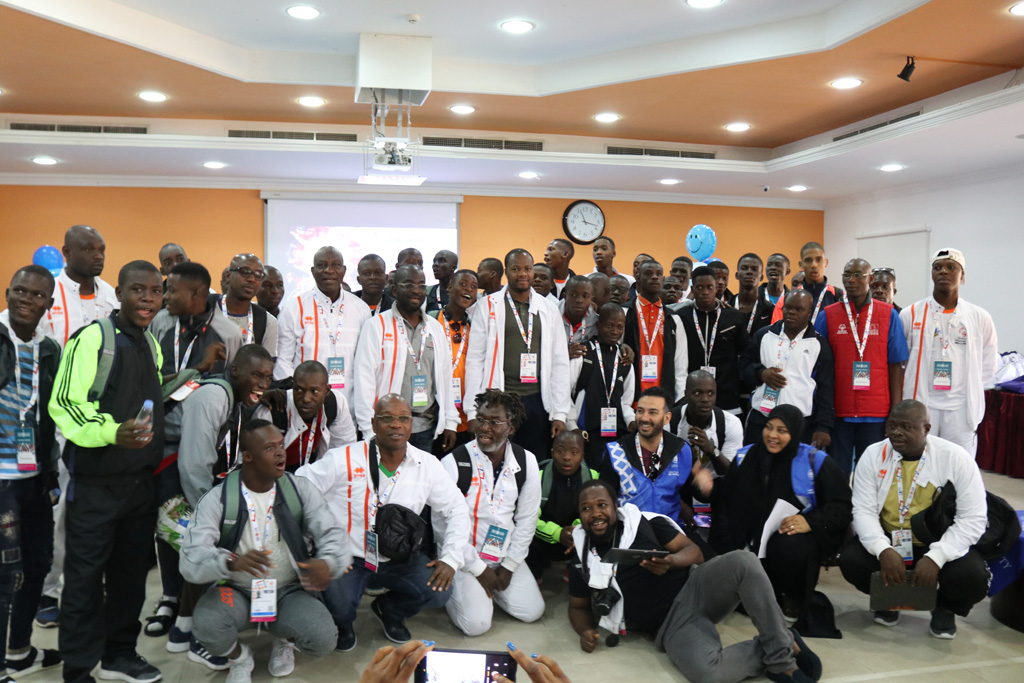 One of the prominent Filipino groups who volunteered as well was the United Filipino Optometrists in the UAE whose members played a significant role to help aid the visual impairment of the athletes through the week-long “Healthy Athletes” program. 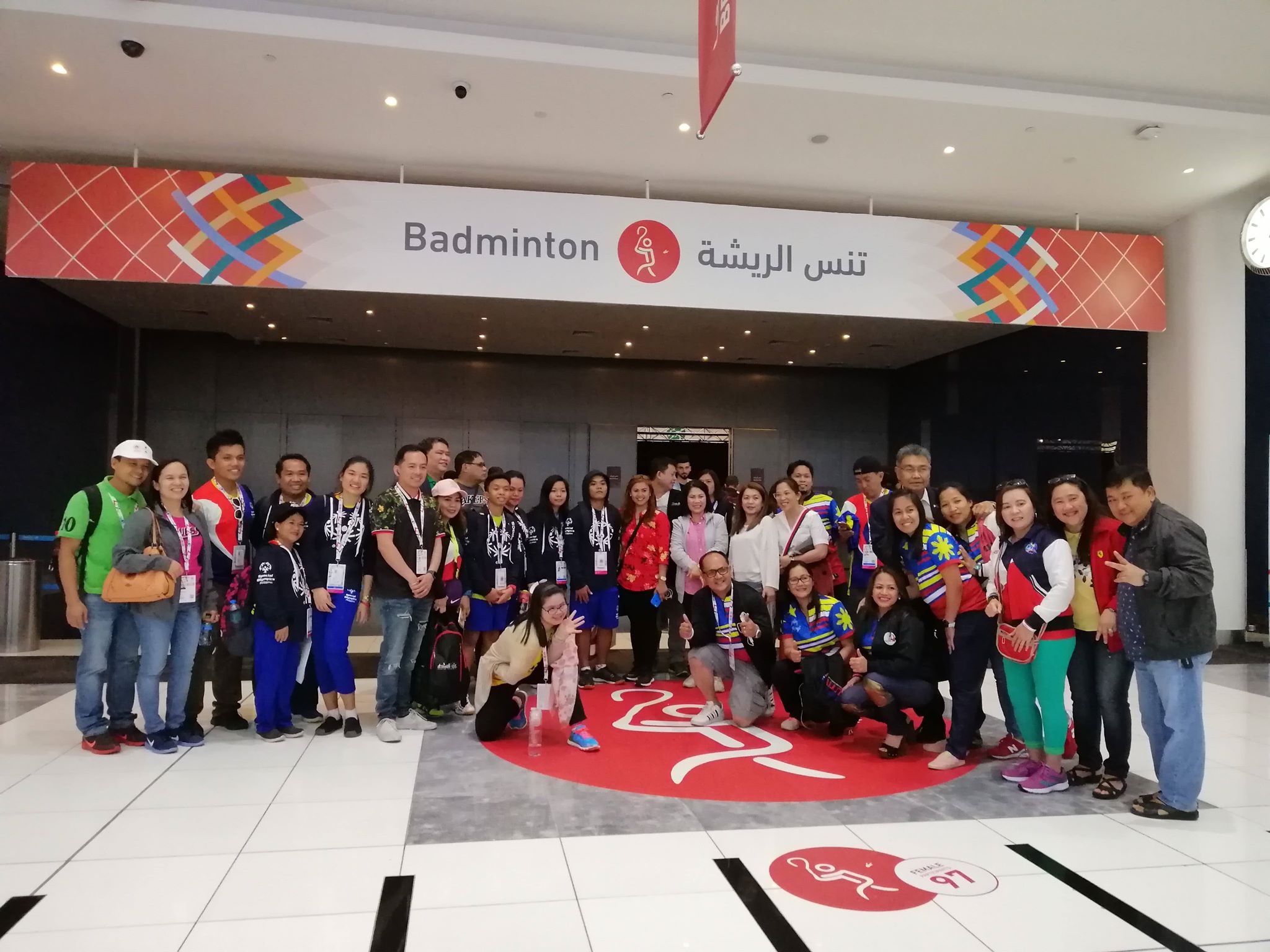 Young Filipinos also took time out of their studies momentarily to share their talent as part of the Special Olympics Cheer Squad as well as to participate as part of the choir during the opening ceremonies. 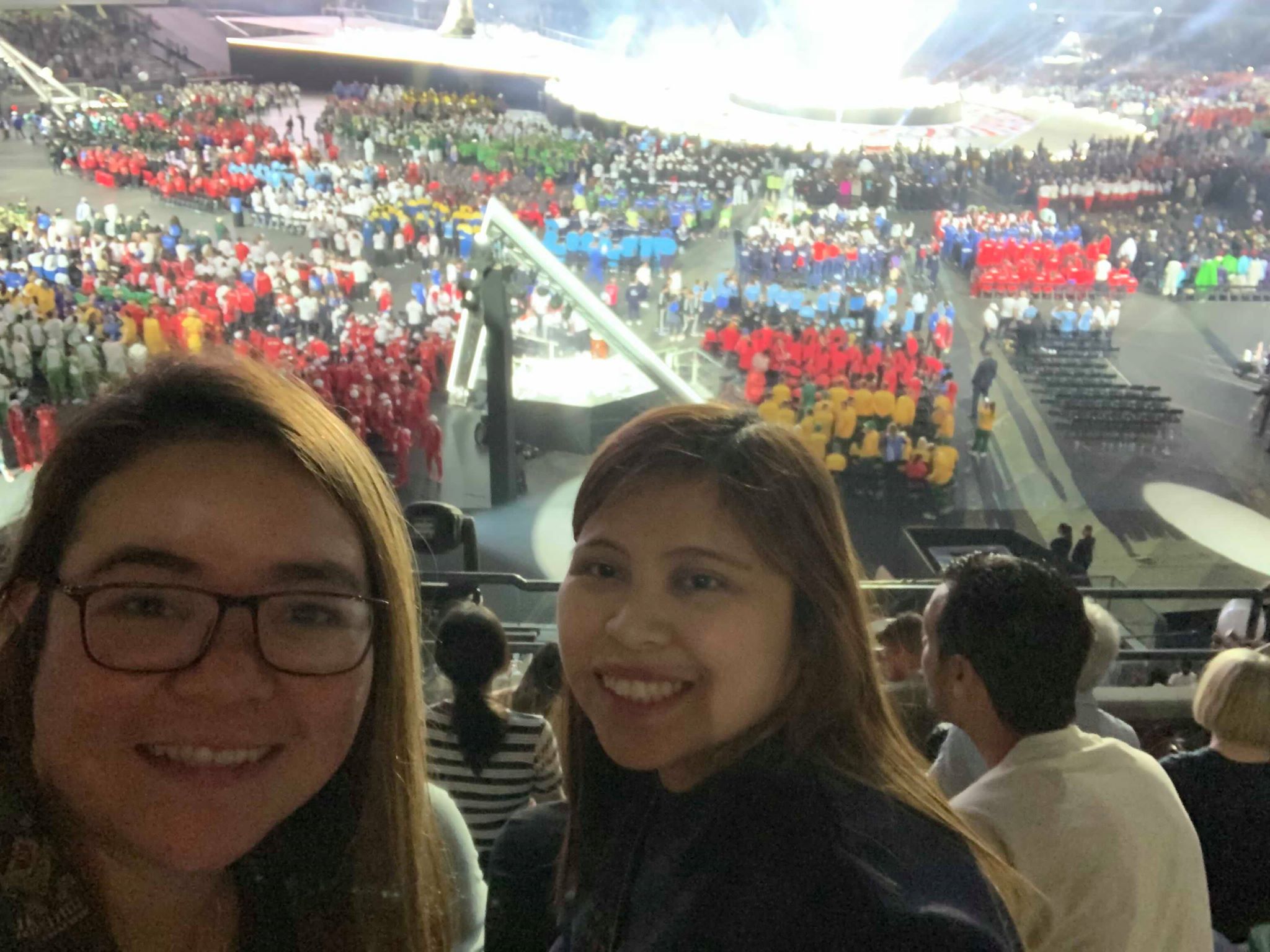 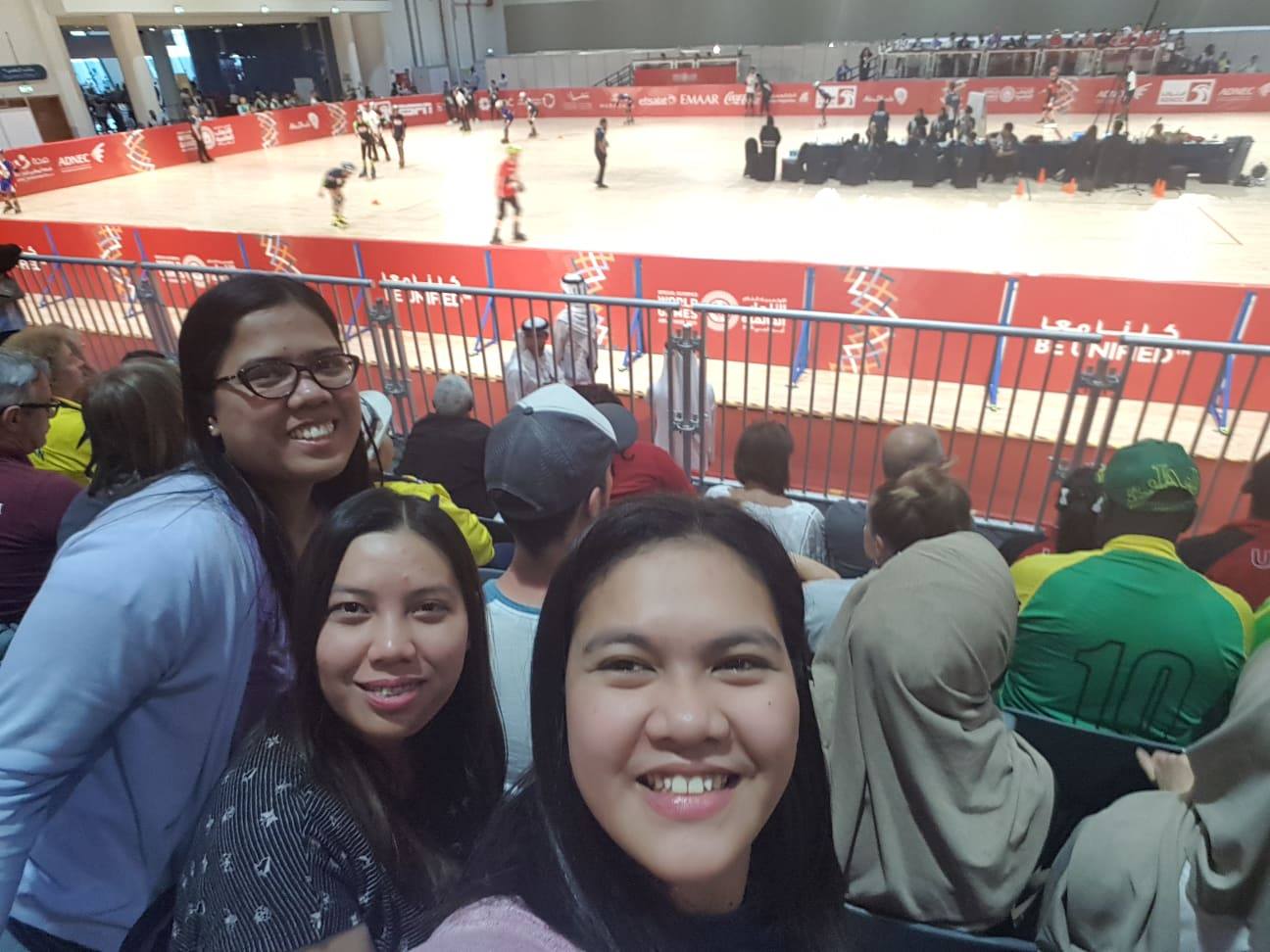 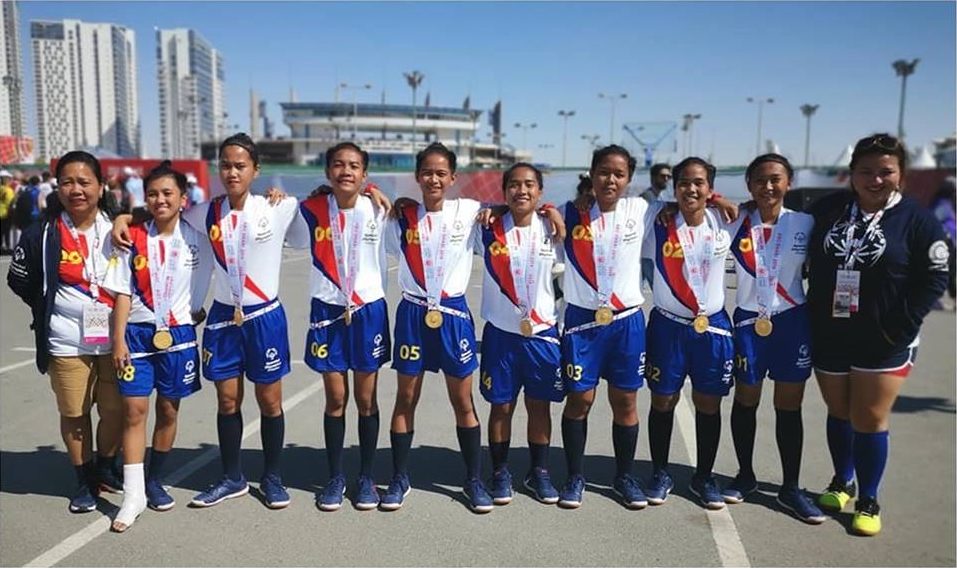 The Philippine delegation to the ongoing Special Olympics World Games Abu Dhabi 2019 has brought pride to the country as they will be taking home a total of 9 gold, 10 silver, and 10 bronze medals.

These, along with the priceless friendships that they have now forged together with people of determination from other countries will be a memory to treasure as they look forward to the next games.

Here are the medals won by the Philippine delegation so far as they compete with over 200 nationalities from around the world: 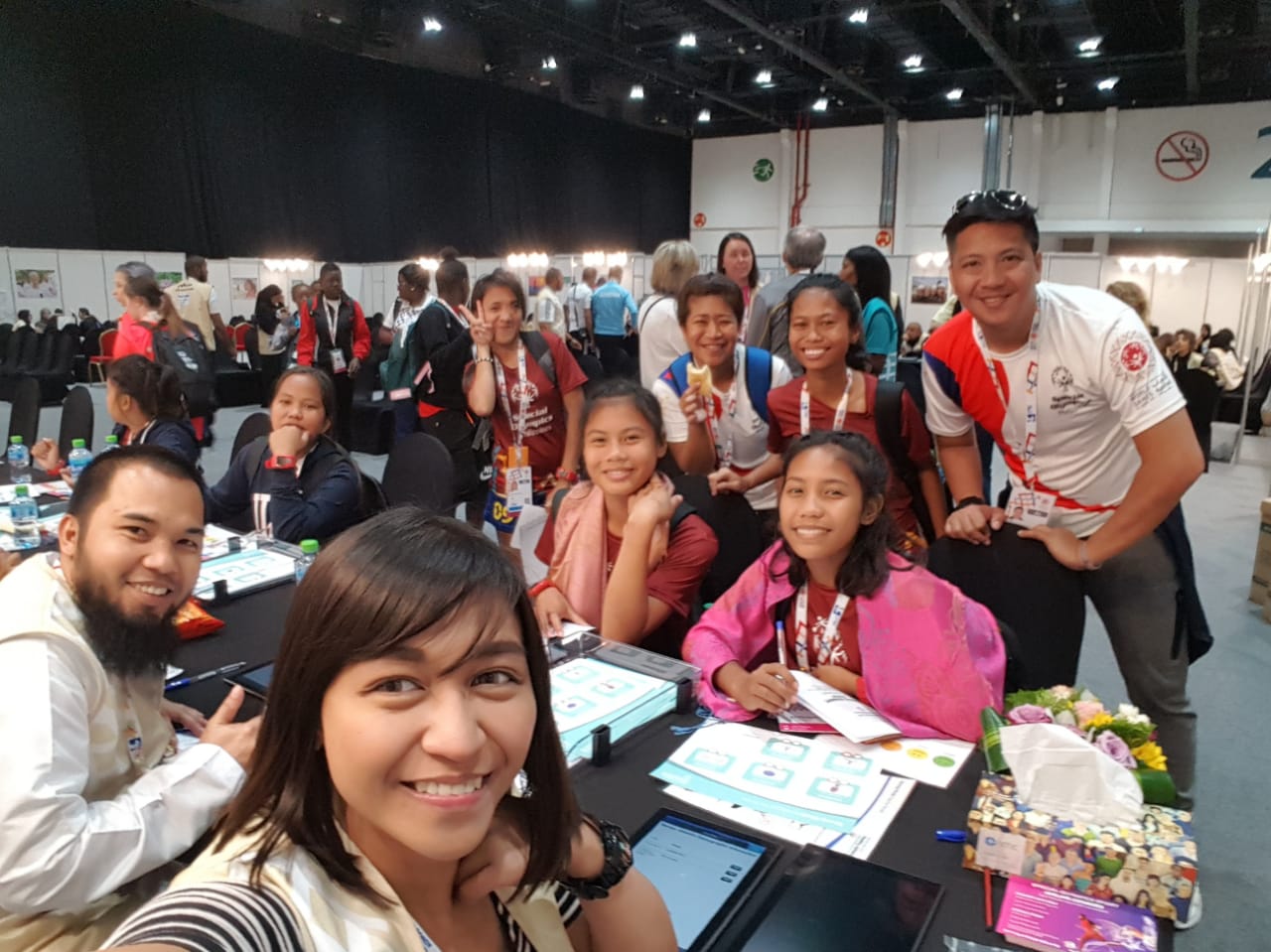 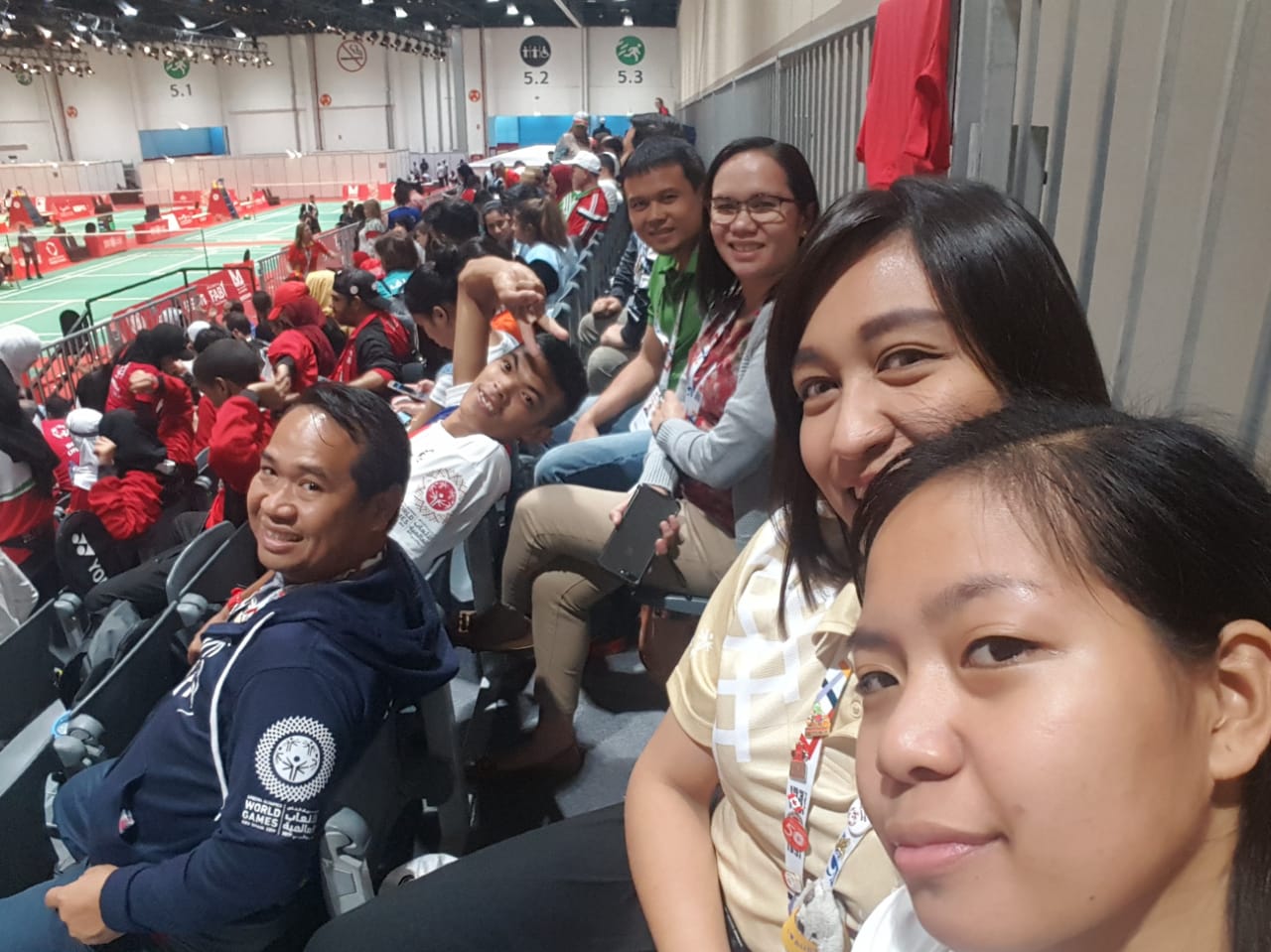 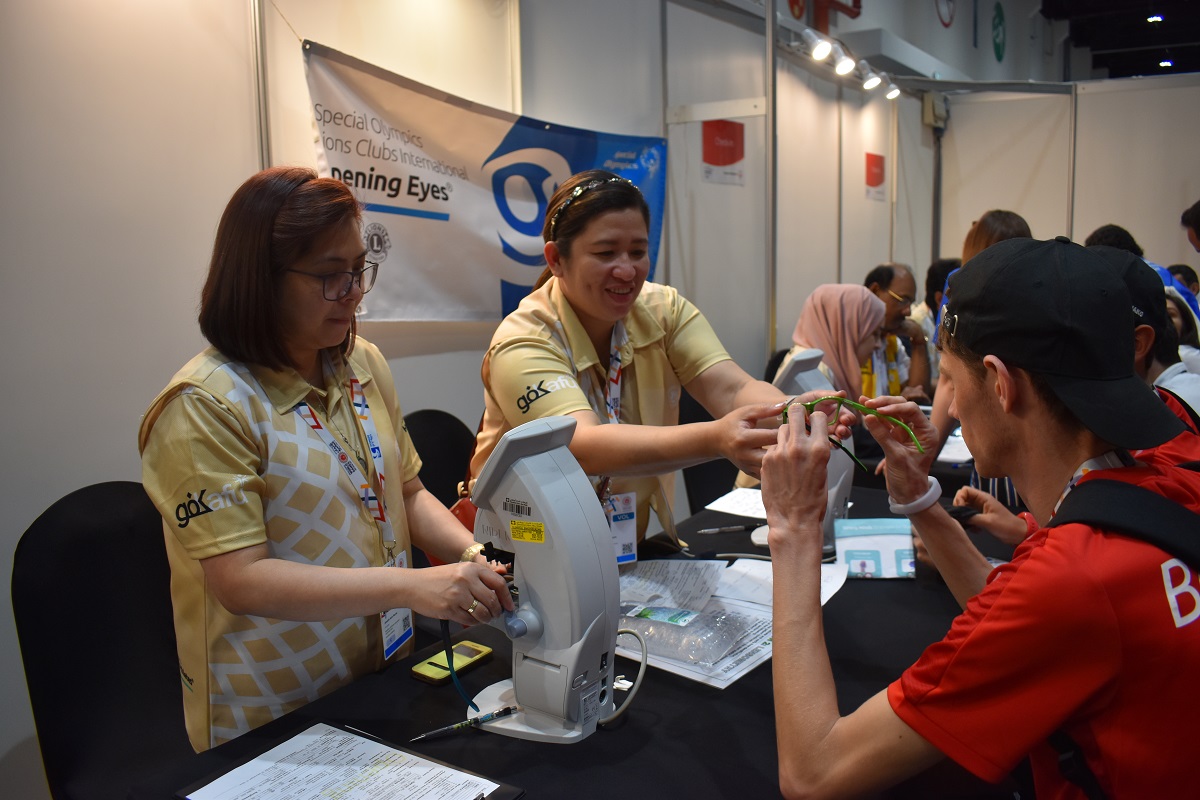 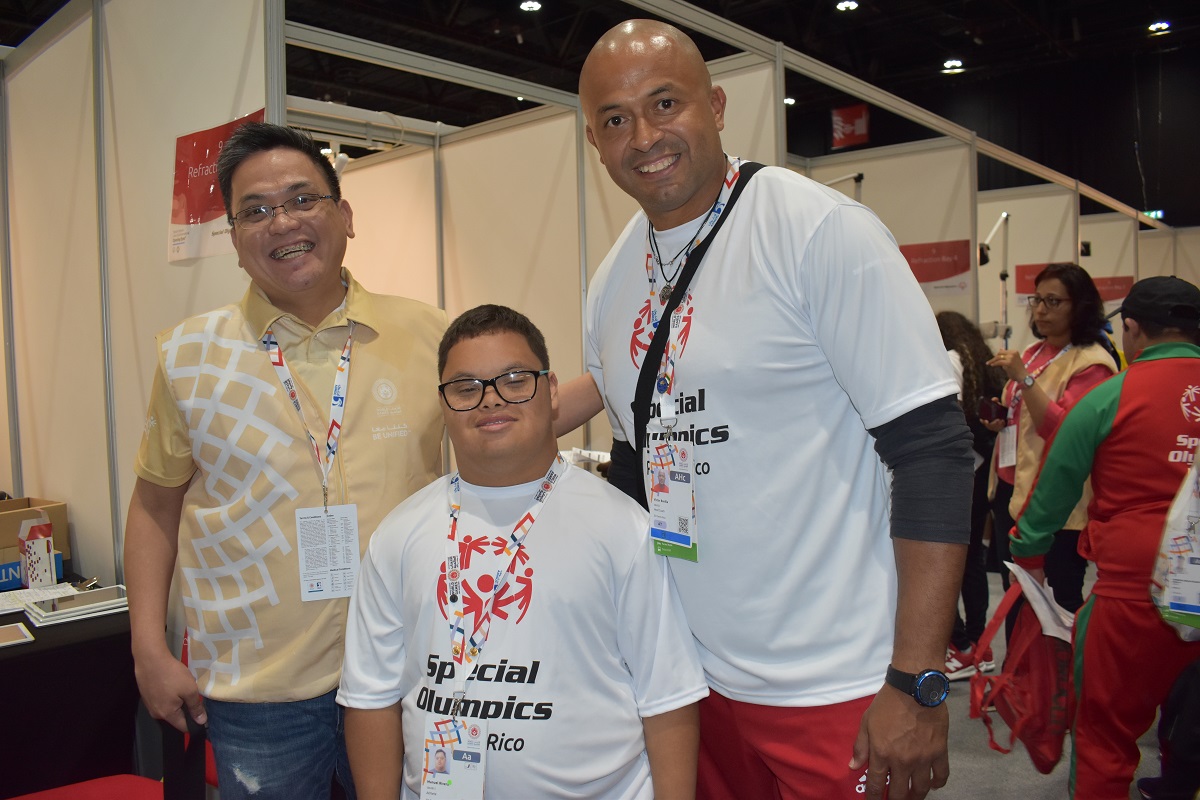 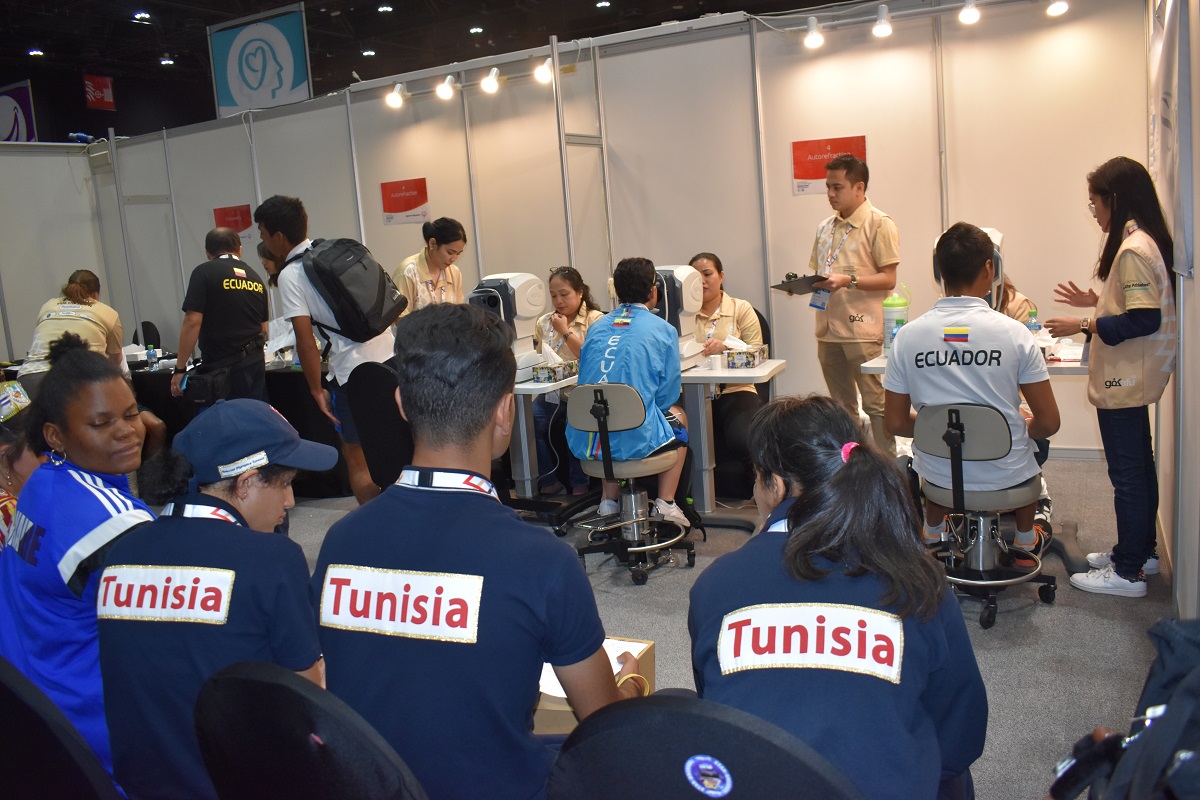 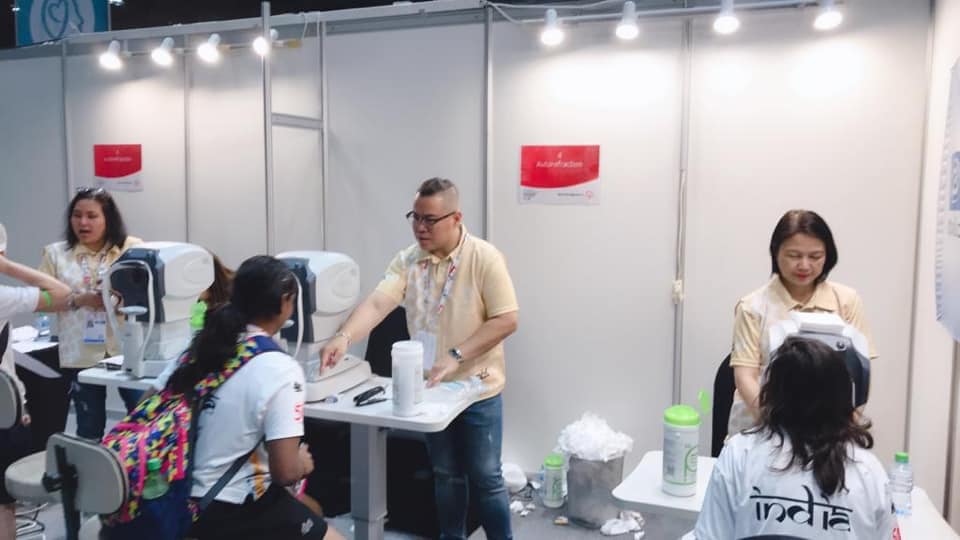