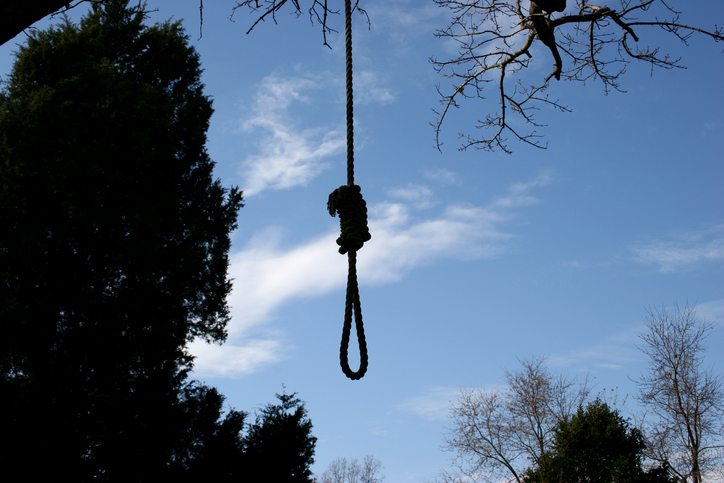 Residents of Barangay San Isidro in Talisay City, Cebu, were horrified after waking up with the sight of a man hanging by the neck from a concrete bridge, early morning of Monday, July 22.

Talisay City Police identified the fatality as Reynante Otero, who was found suspended from Mananga Bridge with a rope tied around his neck, his face covered with a cloth, and his pants was already at his ankle after the assailants used his belt to tie his hands behind his back.

The other end of the rope was tied to the railing of the bridge.

The 41-year-old man, a resident in the barangay, also bore gunshot wounds in different parts of the body.

A piece of cardboard with printed words “ayaw ko ninyo sunda tulisan ko (Do not follow me. I am a robber.)” was also found attached to the victim’s body.

Police Capt. Nazareno Emia, deputy chief of the Talisay City Police Station, said that they had jailed the man several times for robbery and illegal possession of firearms cases.

Residents just below the bridge said that they heard rapid gun shots around 3 a.m.

But they never checked because they were afraid they might get involved.

Emia said it was possible that the man was shot from where he was hanged since spent shells of an undetermined gun were found in the bridge.

A barangay official confirmed that the man was a notorious robber in their area.