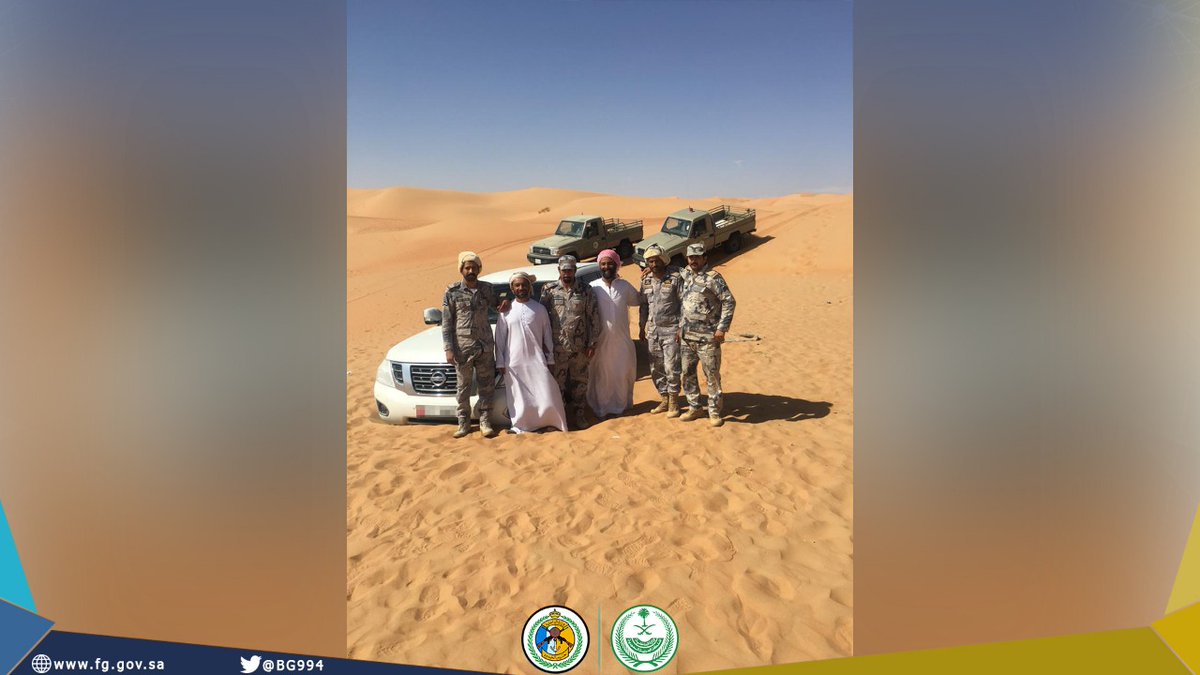 Two Emiratis were rescued after being stuck and lost in the middle of a Saudi desert for five days.

According to the Saudi Arabian Border Guards, the SUV of the Emiratis got stuck in the Rub’ Al Khali area along the Saudi border.

In a statement, the Saudi Arabian Border Guard said: “The Dammam Medical Rescue and Coordination Centre (DMRCC) had received a notification on Sunday that an Emirati man had last been seen and heard from on Wednesday after he passed through an area nearly 68 kilometres south of the Shubaita Centre in Rub’ Al Khali.”

The two Emiratis were eventually located with the help of the Saudi General Security Aviation Command which deployed patrols to help in the operation.

The Emiratis were found barefoot and were immediately given medical attention.