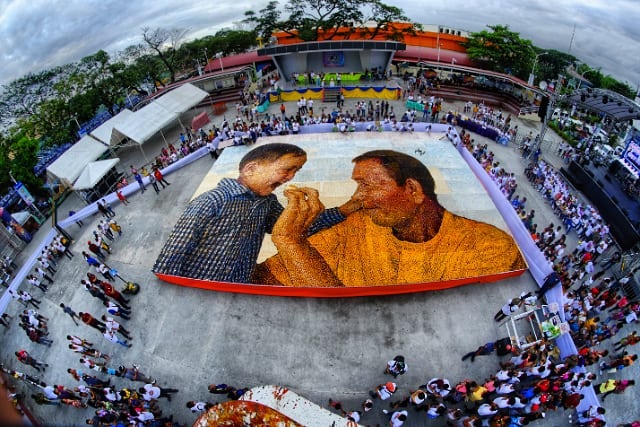 Residents of Calasiao, Pangasinan were able to snatch the Guinness World Record for the “largest rice cake photo mosaic” after creating an artwork made of more than 300,000 rice cakes or “puto”.

Rice cakes in various colors were used to create the extremely detailed mosaic which features an older man giving bread to a kid. The mosaic is 208 square meters in size or equivalent to 70 plywood tables, reported ABS-CBN News.

The residents were able to finish the mosaic after three days in 2017.

It was only until this year, however, that the Guinness World Records officially hailed the photo mosaic made of rice cake as the largest in the world beating out the previous record holder, Japan.

Residents in Calasiao hopes that the mosaic will promote and boost the puto-making business which the municipality is known for.

They are also hopeful that the mosaic will boost tourism in their area.