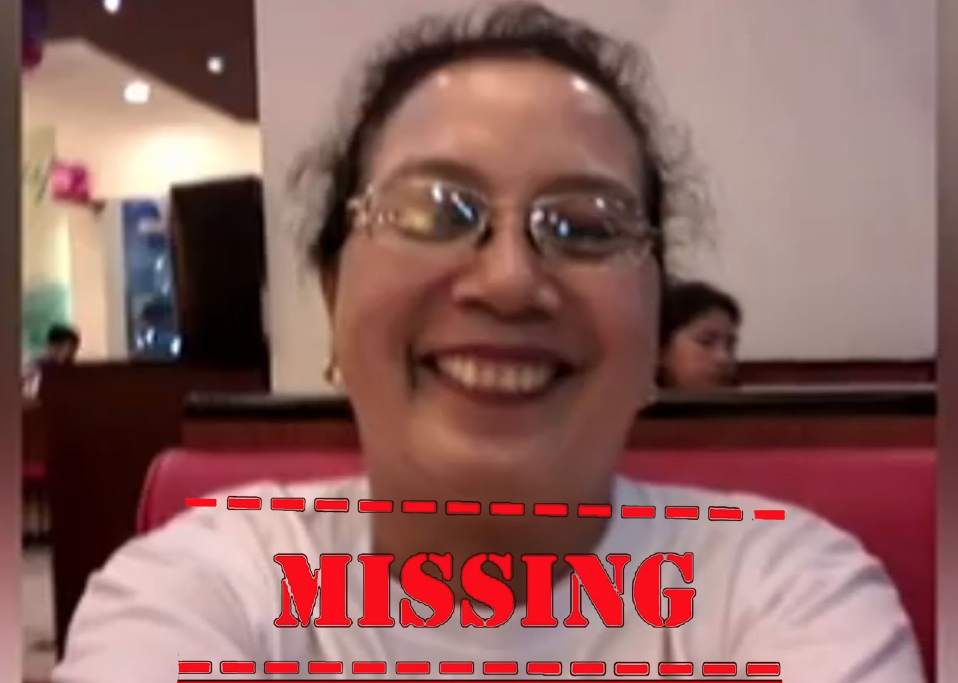 The daughter of an overseas Filipino worker (OFW) is appealing for help to locate her missing mother in Dammam, Saudi Arabia.

Her mother flew abroad in June to work as a household service worker.

According to Rachelle Cornejo, her last conversation with her mother, Norma Cornejo, was on August 7. The OFW had problems with her first employers because she was deprived of food and salary so she went to the Philippine Overseas Labor Office-Overseas Workers Welfare Administration in Dammam to seek help.

According to their last conversation, someone from POLO-OWWA contacted Norma’s agency and agreed to transfer her service to a Filipino couple.

A person came to fetch Norma and told her that they would go to the agency. Convinced, she went along without bringing any clothes or even her phone.

That was the last they have heard of her.

Meanwhile, OWWA promised to do everything to collect information regarding the missing person. Deputy administrator Arnell Ignacio also said they will contact the OFW’s agency to alarm them about the situation, reported ABS-CBN.