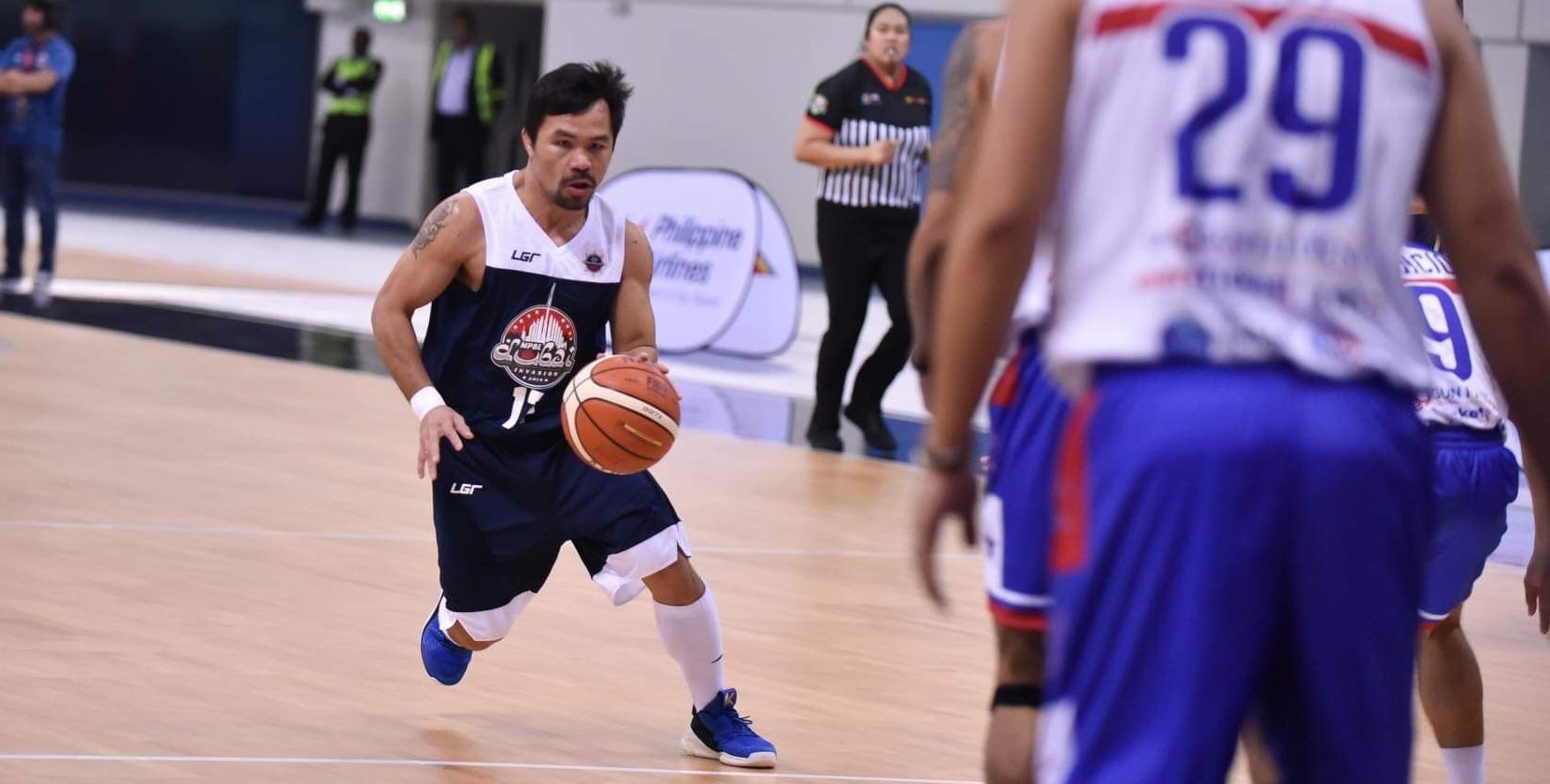 DUBAI: Senator Manny Pacquiao sustained his fiery form as Team Maharlika Pilipinas Basketball League Executives got back at Dubai All Stars-DJMC 107-101 last night, at the close of the MPBL Dubai Invasion 2019 showpiece at Hamdan Sports Complex.

A night after scoring 35 points in a 99-96 setback, the 40-year-old Pacquiao showed no signs of slowing down, exploding for a game-best 42 points, spiked by six triples, while leading his team to an impressive wire-to-wire victory in the weekend hoopfest supported by Dubai Sports Council and Hamdan Sports Complex management.

Former pro Emmer Oreta scattered 12 of his 14 points in their dominant first-half performance while David Sisson, Pacquiao’s personal assistant, added 12 points, all from beyond the arc, as the visitors asserted their might in the second canto, led by as many as 26 points and did enough to hold off the hosts’ repeated rallies.

“It’s been a great weekend for us,” said Pacquiao, the league founder who also issued a team-best six assists on top of two steals and as many rebounds. “I really enjoyed competing against my Kababayans here in the UAE. Thank you to everyone who came and supported us.”

“It’s an honor to have Senator Manny back here in Dubai. And we look forward to future collaborations with him. Expect a bigger and better show next year.”

Top gunner Val Acuna finished with 19 points while Melano registered a double-double of 18 points and 10 rebounds for the Athletics, who bounced back from a 67-57 setback dealt by the Davao Occidental Tigers last Friday and improved their record to 10-5 in the South Division.

The Bandera, in the process, suffered their sixth straight setback and fell to 3-12 overall.

All eyes, as expected, still focused on Pacquiao, the only eight-division world champion in boxing’s rich history who proved that he can also provide top entertainment through the sport closest to the Filipinos’ hearts.

With the result already beyond doubt, Pacquiao did his best impersonation of former NBA superstar Tracy McGrady’s trademark move twice, bouncing the ball off the board before laying it in that drew loud cheers from throngs of fans in attendance.

Lefty Jerry Mendez finished with a team-high 22 points while skipper Sonny Toring, Jacob Rosal and Enrico Bawic tallied at least 11 points each for the Dubai All Stars-DJMC team comprised of Filipino expats in the Middle East, who still received US$1,000 as consolation prize from Pacquiao.