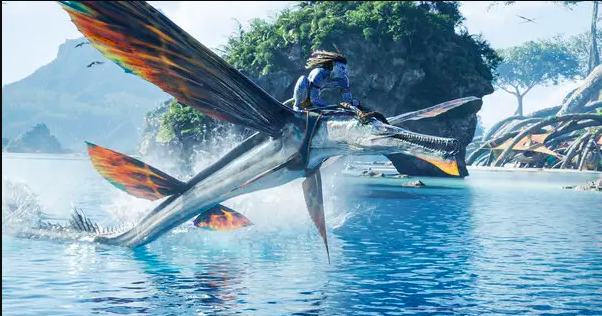 The movie sailed past the $2 billion mark globally, the best in the pandemic era, with amassed ticket sales of $598 million domestically and $1.42 billion globally.

The much-awaited sequel to the 2009 sci-fi fantasy ‘Avatar’ is now the sixth movie to gross over $ 2 billion globally. It is also the third Cameron movie to have achieved this milestone, along with ‘Titanic’ and ‘Avatar’.

It also makes the Disney/20th Century film only the sixth movie ever to exceed the $2 billion mark (albeit not adjusted for inflation), though it still trails behind the all-time blockbuster, the original “Avatar,” by a formidable $1.5 billion.

Meanwhile, displaying considerable promise after five weeks out, Universal’s family-friendly flick “Puss in Boots: The Last Wish” move up one spot from last weekend to place second at $11.5 million.

“M3GAN”, a scary-doll thriller from Universal and Blumhouse Productions, was down one spot at $9.8 million. The film’s title doll, conceived as a friend to a young orphan, slowly takes on a creepy life of her own.

In the fourth spot was Sony’s new release, “Missing,” at $9.3 million. Its story revolves around a teenager desperate to find her mother after she disappears during a vacation in Colombia.

And in fifth, down one spot from last weekend, was Sony’s feel-good “A Man Called Otto,” garnering $9 million. Tom Hanks plays the title curmudgeon, a character based on the popular Swedish novel “A Man Called Ove.”