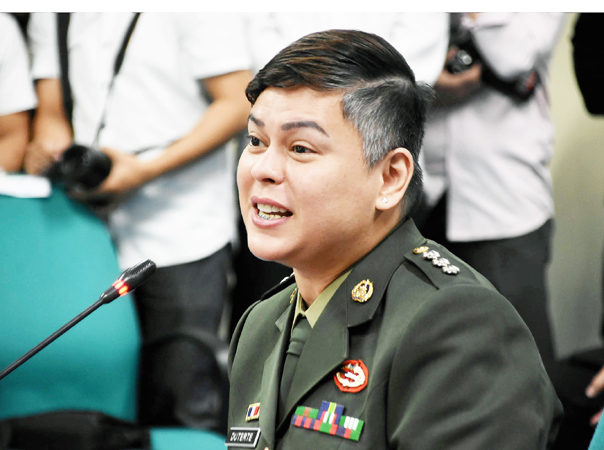 Duterte is set to become the Secretary for the Department of Education (DepEd), under the Marcos administration.

“I, along with the whole DepEd community, am prepared to work with Duterte-Carpio for the transition of work,” Briones said in a previous statement.

She stated that they will hand over the Basic Education Plan 2030 to Duterte.

“It will be the first time in DepEd to leave a medium-term plan for the new set of officials. We are confident that the new leaders will be fit to do the job and will continue what we have started,” she said.

A legislator said on Friday that likely Vice President Sara Duterte is a “strong woman leader” who can effectively advocate for reform.

Representative Ducielle Cardema of the Duterte Youth party-list delivered the comment as she backed Duterte’s probable nomination to DepEd despite questions of her qualifications.

“If you need to reform and uplift a very big organization, especially the biggest in the country like DepEd, what you need basically is, a strong leadership character and the nation knows that Mayor Sara Duterte is a strong woman leader with a strong political will to enact changes,” Cardema said in a statement.