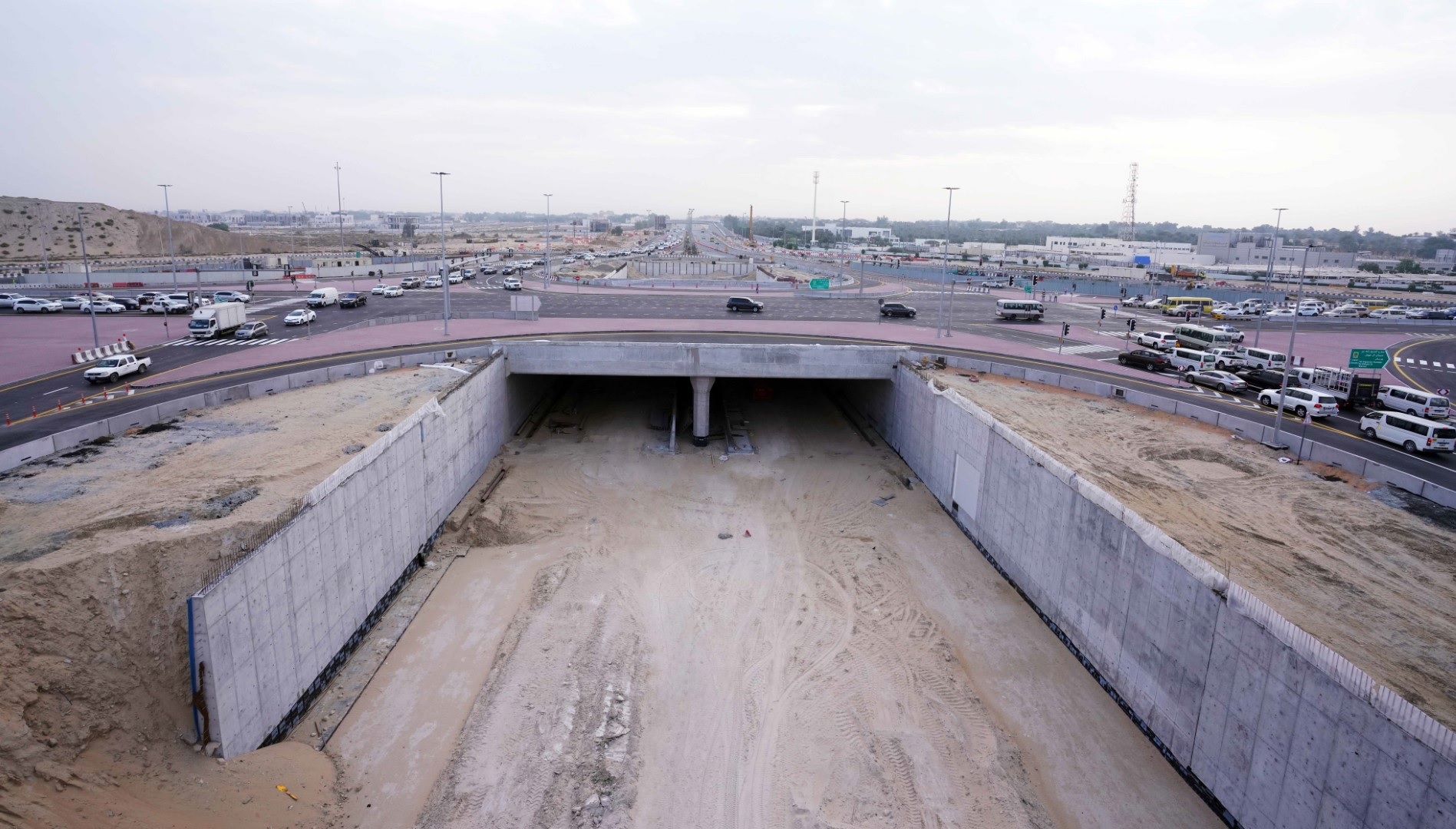 Mattar Mohammed Al Tayer, Director-General, Chairman of the Board of Executive Directors of the Roads and Transport Authority, RTA, announced that the completion rate of construction works in the intersection of Al Khawaneej-Sheikh Zayed bin Hamdan Al Nahyan Roads had reached 72 percent.

Al Tayer expected all work on the intersection to be completed and the tunnel opened in March 2021. 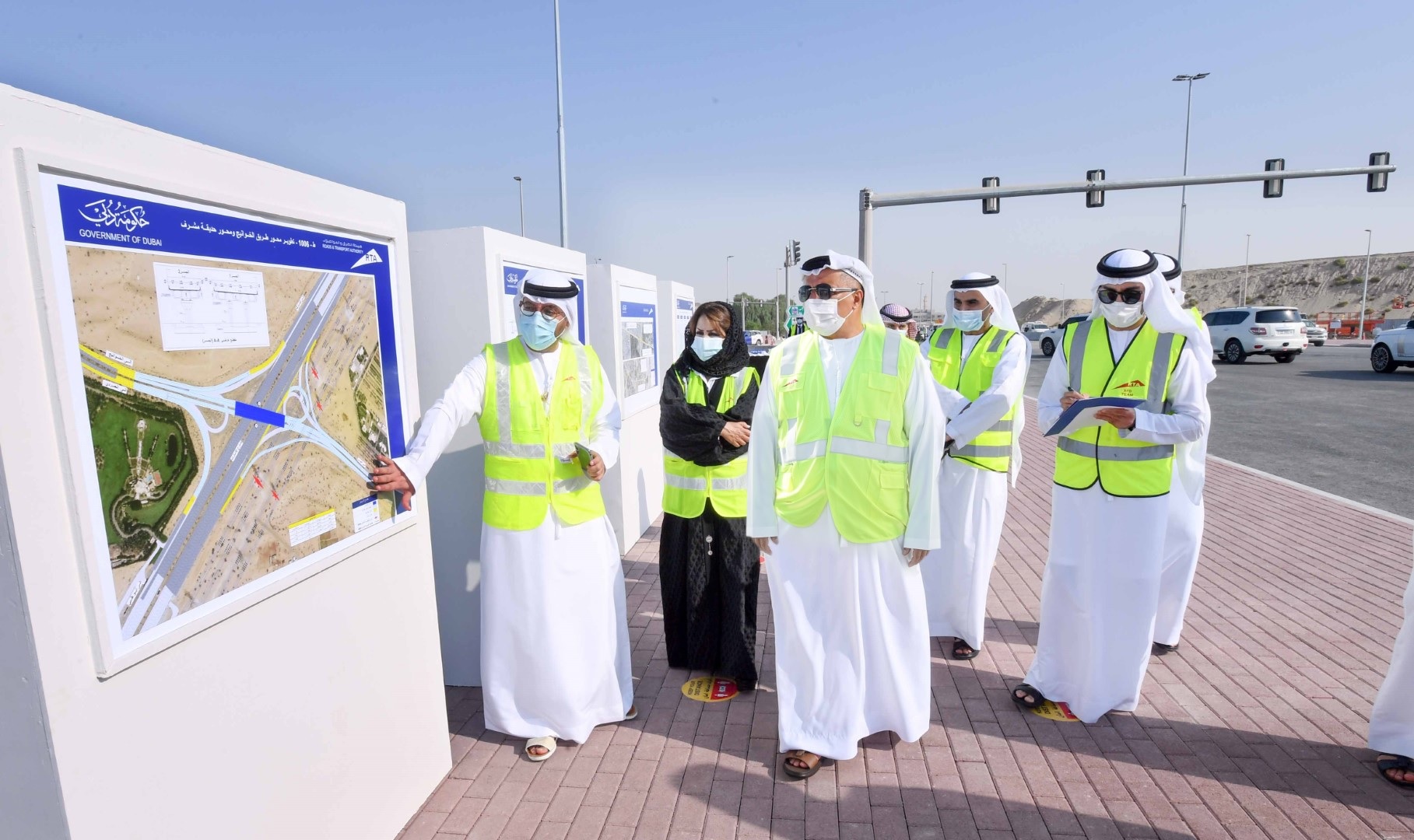 Al Tayer made these remarks during a tour of the project accompanied by engineers to inspect the progress of the project at the site. Recently the RTA opened the surface signalised junction of Al Khawaneej-Sheikh Zayed bin Hamdan Al Nahyan Roads, which eased the traffic congestion by 40 percent compared to the situation with the previous Roundabout. Completion rates reached 73 percent in the underpass of Al Khawaneej Road, and 45 percent in the bridge leading to Al Awir. Recently, the RTA completed the surface junction of Al Khawaneej-Al Amardi Streets as well as the improvements of junctions of Algeria Street at Al Warqaa nearby Uptown Mirdif and Shorooq and Ghoroob Mirdif.

Al Tayer explained, “The improvement of Al Khawaneej Corridor is one of the key strategic projects for improving the links between Dubai and Sharjah through the improvement of vertical roads linking with the Emirates Road and Sheikh Mohammed bin Zayed Road up to the Airport Street. The project will also accommodate the current and projected growth of traffic. Upon completion, it will slash the travel time between Emirates Road and the Sheikh Mohammed bin Zayed Road from 25 minutes to nine minutes, and the waiting time at the junction of Al Khawneej-Sheikh Zayed bin Hamdan Al Nahyan Roads (Al Khawaneej R/A) from 330 seconds to 45 seconds. It will double the capacity of the junction from 8,000 vehicles per hour to 16,000 vehicles per hour.

“Replacing the roundabout at the intersection of Al Khawaneej-Al Amardi Roads by a surface junction will halve the waiting time from 120 seconds to 60 seconds.”

“The project works include the construction of a tunnel of three lanes in each direction extending 680 metres at the intersection of Al Khawaneej-Sheikh Zayed bin Hamdan Al Nahyan Roads. Works also include the construction of a surface signalised junction to ensure free and safe traffic flow on Al Khawaneej Road, and replacing the existing roundabout at the intersection of Al Khawaneej-Al Amardi Streets by a signalised junction. Al Amardi-Emirates Roads junction will be upgraded to a flyover of two lanes in each direction extending 201 metres above the Emirates Road in the direction of Al Awir. 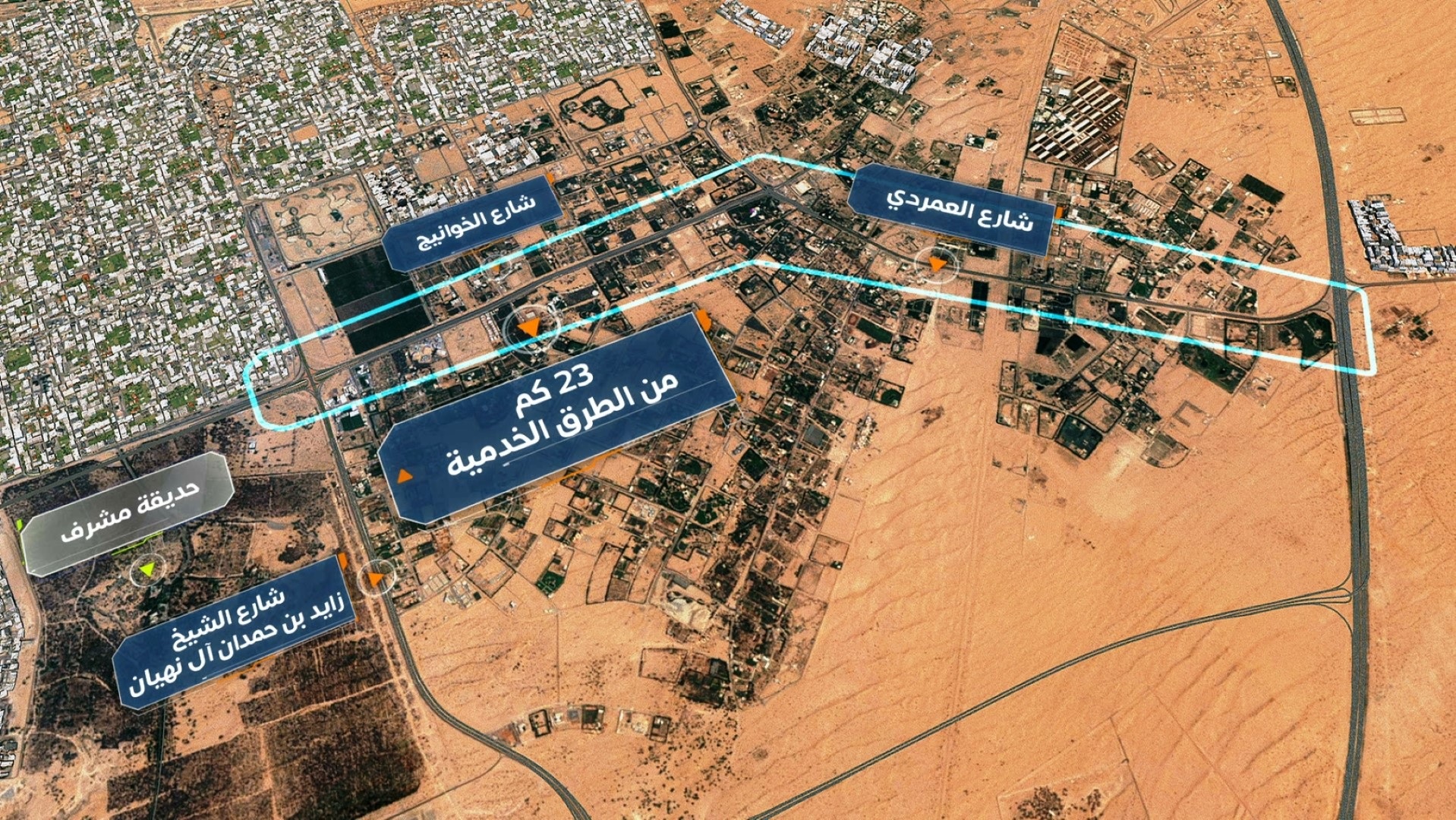 The Improvement of Al Khawaneej Road Project follows the completion and opening of all phases of Improvements of the Airport Street Project involving upgrading four intersections: Rashidiya, Nad Al Hamar, Marrakech, and Casablanca. The project had immensely improved the traffic flow, reduced the waiting time and sorted out congestions caused by overlapping traffic.