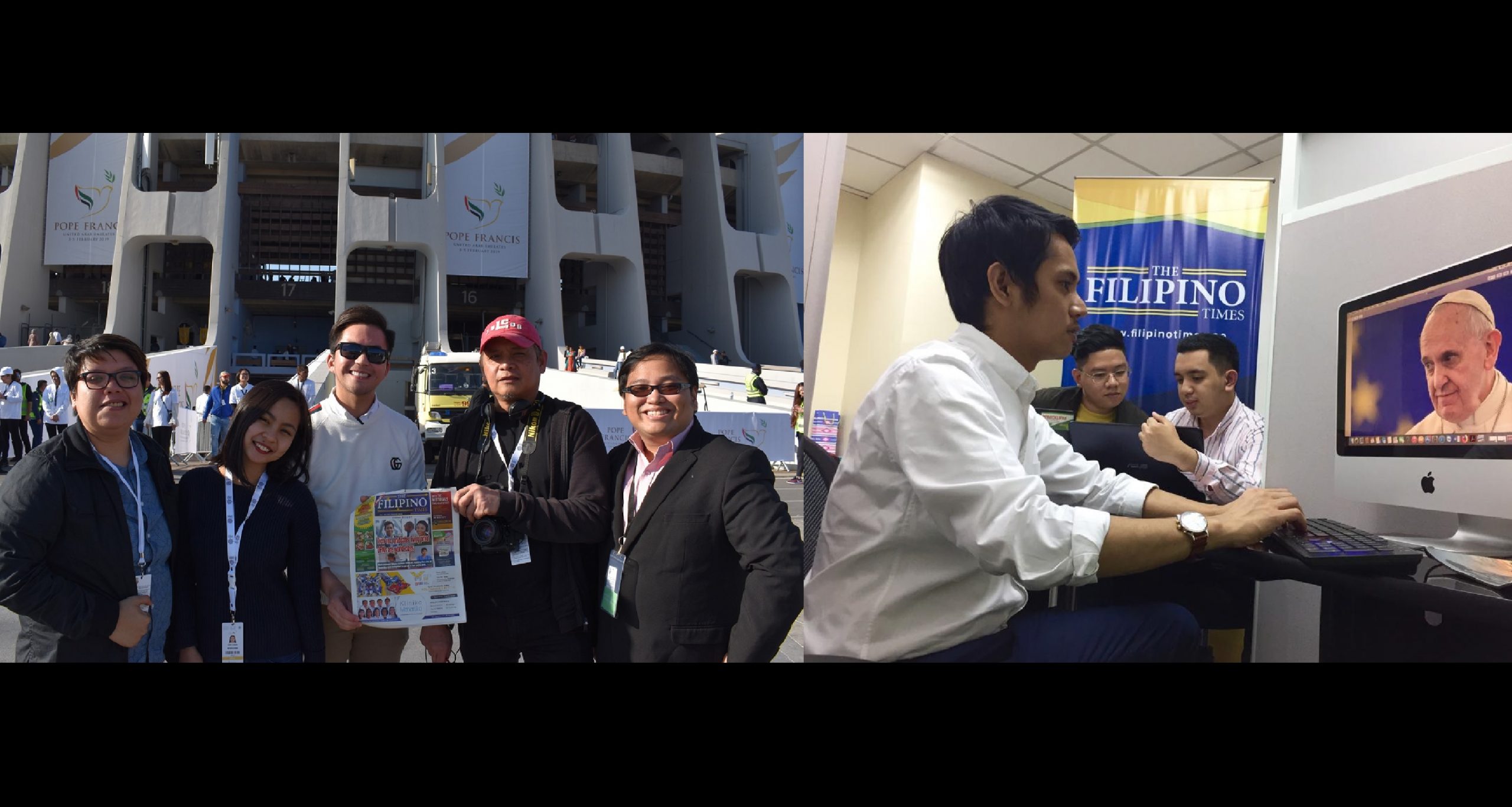 When the Papal Visit was announced around December, I’m pretty sure I was among thousands of people who wasn’t just excited thinking about the opportunity to meet the Pope, we were also filled with happiness as the visit would conclude with a Papal Mass that will be attended by more than 130,000 people (with actual numbers at 180,000) and witnessed by millions worldwide.

Fast forward two months later, while we were fully prepared with ideas of what to write, which photos to take, and what to expect, nothing could have prepared me for that indescribable feeling of joy and inner happiness that I experienced the moment the Pope was welcomed here in the UAE.

The grand welcome of His Highness Sheikh Mohammed bin Zayed bin Sultan Al-Nahyan, Crown Prince of Abu Dhabi and Deputy Supreme Commander of the UAE’s Armed Forces together with the UAE’s cabinet ministers has shown the world that the UAE treats its visitors with utmost respect and dignity not just because of protocol, but more so because the Pope was embraced as part of the UAE’s united family.

I stayed up most of the evening reflecting on what I consider as the highlight of that first evening that struck a tear-jerking reaction: The moment when Pope Francis gave the warmest hug to His Eminence Dr Ahmad At-Tayyeb, Grand Imam of Al Azhar Al Sharif and Chairman of the Muslim Council of Elders. It dawned on me right there and then that if the leaders of two of the world’s largest religions can treat each other like brothers, then true peace between religions is possible.

Since Pope Francis arrived in the middle of the night, most people who were probably sleeping at the time only got to see a first glimpse by the time the news broke out on their social feeds in the morning. Another grand welcome was given to him, this time by His Highness Sheikh Mohammed bin Rashid Al Maktoum, Vice-President and Prime Minister of the UAE and Ruler of Dubai, together with HH Sheikh Mohamed bin Zayed.

That day, many journalists came together to anticipate the Pope’s arrival at Abu Dhabi’s Sheikh Zayed Grand Mosque. Over 700 journalists and photographers waiting for that perfect moment to witness the event first-hand saw the Pope together with the Grand Imam riding on a humble Kia Soul, and posed in front of the Grand Mosque. That was the first time that I ever got to meet the Pope at a distance: It was brief, yet meaningful.

Like many other faithful that day, I couldn’t contain my excitement and barely had enough sleep as we were at the Nation Towers access hub as early as 1:00 am where we saw thousands of the faithful lining up to get to the event venue as soon as they can.

Upon arrival on the site and after thorough security checks, people were given food and water by the organizers and took the opportunity to rest up and sleep before the mass celebration began. With free caps, flags, and a booklet of the Papal Mass in tow, the audience awaited the historic High Mass to take place.

The Pope delighted the attendees with an unannounced motorcade as he drove through the streets within Zayed Sports City to greet all who came to see him.

The celebration of the mass itself was very solemn, with Filipina conductress Joy Santos guiding the 120-member choir, most of which were Filipino, as well as the prayer for migrant workers which was spoken in Tagalog during the Papal Mass.

Till we meet again, Pope Francis

As the Pontiff placed his final blessing for the attendees and left the country, I’m still in awe of what had just transpired over three days here in the country. I’ve worked in the UAE for many years, but never did I expect that the Pope would visit and leave a legacy of being the beacon of unity and harmony between religions.

And with the UAE as the venue that made all of these momentous events possible, this country continues to show to the world that this is a place where the spirit of tolerance is of great importance to ensure peace and love amongst its citizens.

I would like to take this space to thank the entire team from The Filipino Times who tirelessly worked behind the scenes to share these significant stories about the Papal Visit. Rest assured, we will continue to chronicle events and stories as we serve Filipinos in the UAE and around the world.