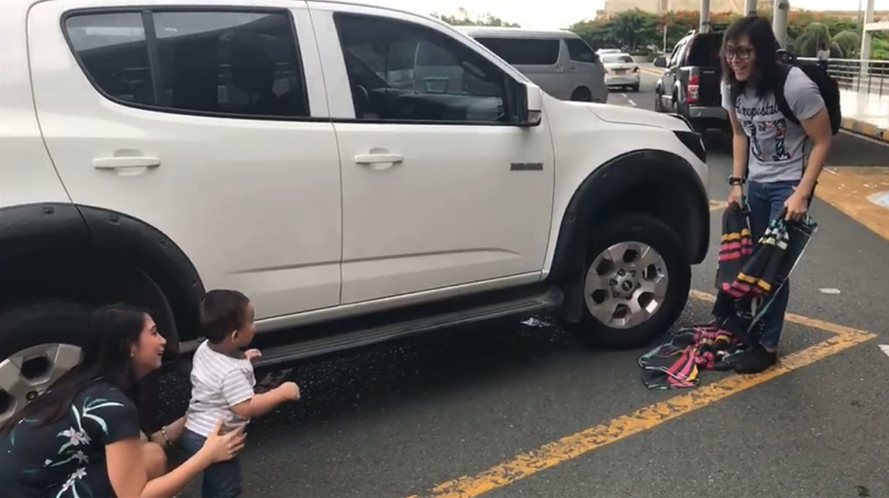 A video uploaded on Facebook by an overseas Filipino worker named Nafson Tolentino has gone viral over the weekend because of his creative yet heart-wrenching way of saying goodbye to his son.

As seen in his Facebook video, Tolentino unravels a large blanket in front of his son before performing a ‘magic trick’.

The OFW is heard repeatedly saying, “I’ll do magic”, to his son who appears to have no idea on what’s going on.

Tolentino then raises the blanket above his head and when lets go of the cloth, he disappears before the eyes of his child.

The video caught the attention of netizens who were touched by the father’s idea.

As of this writing, Tolentino’s video has gained more than 3.2 million views and more than 11,600 reactions on Facebook.