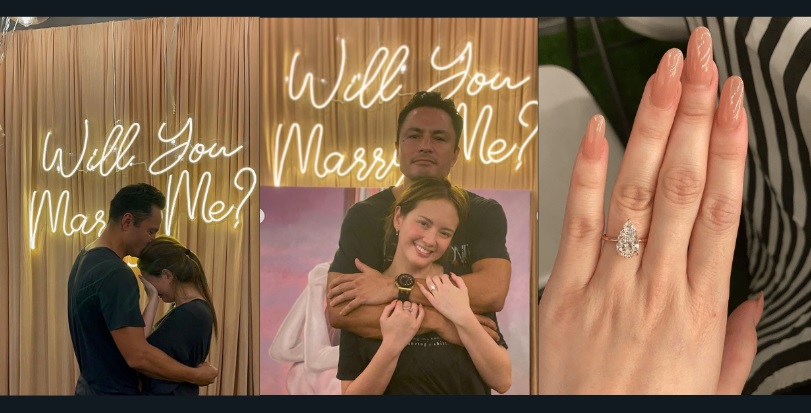 The first photo showed Derek in a wacky post with Ellen’s hand and ring on it.

Another photo showed Ellen who turned emotional after the proposal of the Kapuso actor.

At the back of Ellen’s photo, the words ‘Will you marry me?’ were posted.

In a previous interview with Pep.ph, the two said that they have been dating for a month.

Ramsay said that their relationship started during the dinner they both attended on New Year’s Day.

After the dinner, the two of them started working out together. The Kapuso actor said it wasn’t a “normal relationship,” and that there wasn’t any courtship, but he was always the one inviting Ellen out.

The two said that one month feels like a year for them.

Ramsay recently broke up with Kapuso actress Andrea Torres. Adarna on the other hand has a son with actor John Lloyd Cruz. (TDT)