Before she became one of the biggest names in the Philippine showbiz industry, Maymay Entrata also had her fair share of life struggles.

She grew up in Cagayan De Oro City with her brother where they were raised by their grandparents while their mother worked abroad.

During her teenage years, she started auditioning for several singing competitions on television but was not fortunate enough to enter any of them. But that all changed in 2016 when she auditioned for Pinoy Big Brother Lucky Season 7, which she eventually won.

Ever since Maymay was hailed as the winner of Pinoy Big Brother Lucky 7, blessings have not stopped coming into the 21-year-old singer-actress’ life.

In an interview with PUSH, Maymay said that her showbiz career has given her the opportunity to live the life she did not have before.

She said that she can now treat herself and her family without forgetting to budget properly her hard-earned money.

Another thing that she is thankful for might seem trivial for some, but it is something that means a lot for Maymay.

Maymay said that because of financial constraints that her family experienced before, they cannot afford to serve fried chicken during family dinners.

She added that it was their favorite dish but they can only eat it during birthdays since they had no money to afford it, but that is no longer the case today.

Dubbed as the new concert princess, Maymay has been featured in concert stages, TV shows and advertisements, magazine covers among many others. She also has a budding career as a recording artist after the release of her self-titled debut album.

Moreover, she is also on her way to becoming an international model after she got accepted to walk during the prestigious Arab Fashion Week 2018 for Dubai-based Filipino fashion designer Furne One.

In simple words, a successful career in the showbiz industry is ahead of her. 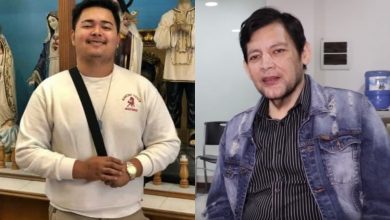