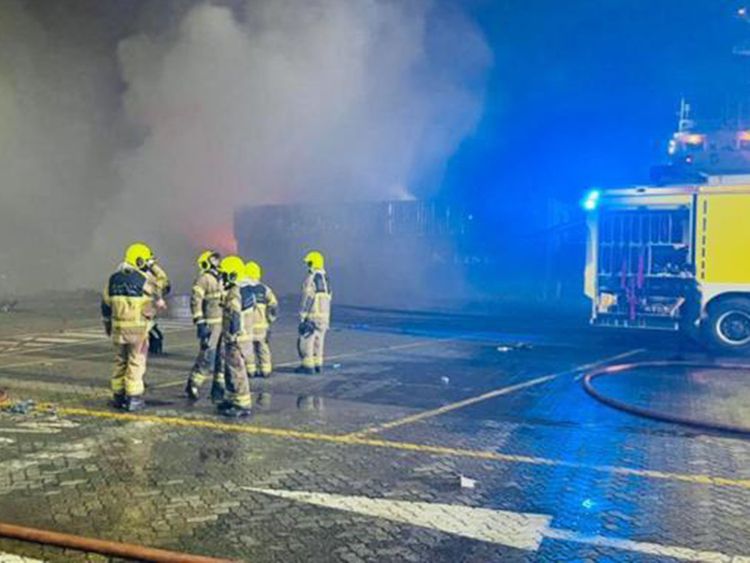 Five men have been held accountable for last year’s explosion at Jebel Ali port and were sentenced each a one-month suspended prison term.

They were also fined AED 100,000 for the fire on the container ship.

The Dubai Misdemeanour Court heard the case that the vessel’s 42-year-old Indian captain and four Pakistanis owning and representing shipping companies overlooked safety procedures on it.

The container with 640 barrels of organic peroxide type C was moved on July 7 last year and it was found that the organic compounds were allowed to decompose due to negligence by the cargo shipping company.

Besides one shipping and two cargo companies, a marine services business and a trading company were also fined AED 100,000 each by the court while the damages were estimated at about AED 24.7 million.

In the blast, five people suffered minor injuries as the containers arrived at Dubai’s Jebel Ali port on June 27 from China and were kept in direct sunlight for 12 days until the day of the incident.