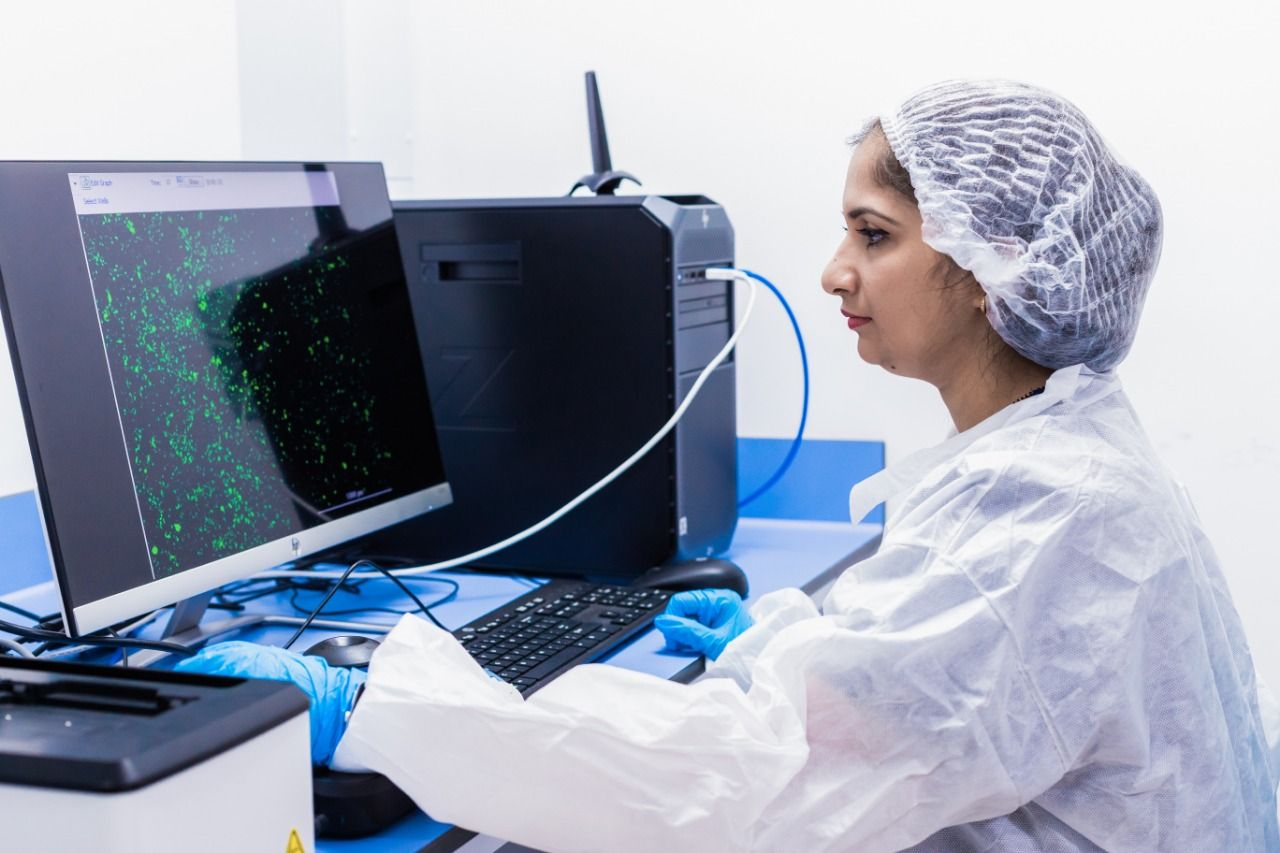 (WAM) — Researchers in the UAE trialling an innovative new stem cell treatment for COVID-19 infections have secured intellectual property rights protection, opening the way for the technology to be shared widely so more patients can benefit.
A team of doctors and researchers at the Abu Dhabi Stem Cell Centre, ADSCC, led by Dr Yendry Ventura, Inventor and Principal Investigator, announced last month they had discovered a unique new treatment for patients of COVID-19, which appeared to help the body fight the virus and make the disease less harmful. The treatment involves extracting stem cells from the patient’s own blood and reintroducing them as a nebulizing mist after reactivating them.
Initial results from the treatment, administered in the UAE to 73 COVID-19 patients with moderate to severe symptoms, were promising, with all patients responding well to the treatment, demonstrating it was well-tolerated. However, researchers stressed at the time that the results were preliminary and further analysis of the data was needed.
ADSCC announced today that the results of that analysis showed the treatment was effective and safe as an add-on to standard care.
RELATED STORY: Sheikh Mohamed bin Zayed saves critically ill COVID-19 patients by covering their stem cell treatments

Patients were excluded from the new treatment arm if they had hemoglobin levels below ten, any blood infections, a history of cancer, or received any treatment that was not part of the standard protocol such as convalescent plasma therapy. Patients below 18 years old were also excluded from the new treatment.
ADSCC said researchers are at various stages of several investigatory efforts to establish effectiveness (Phase 3 trial), optimal efficacy of dosage, and efficacy to treat other respiratory diseases such asthma, COPD, and cystic fibrosis.
Three protection levels have been obtained: a patent on the method of harvesting (Granted by the International Centre for Patent Registration. UAE Ministry of Economy, April 30th, 2020), copyrighted works of science on treatment procedure recommendations (Copyright Certificate No. EC-01-002809), characterization of a method to harvest the stem cells (EC-01-002810), and a cell obtaining procedure (EC-01-002811), all IP-works were registered on 26th May 2020, in European organisation INTEROCO Copyright Office (Germany) with worldwide recognition in all countries – members of Berne Convention on copyright, and Know-How protection under trade secret corporate legal framework.