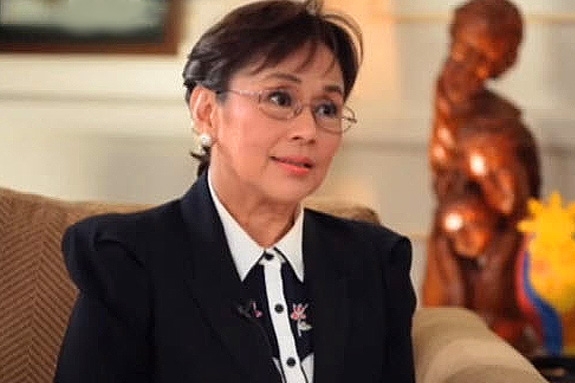 House Deputy Speaker and Batangas representative Vilma Santos-Recto said that it’s about time for the House of Representatives to tackle the pending ABS-CBN franchise renewal bill.
“It’s about time. I think House committee on franchise should once and for all hear the renewal ng franchise of ABS-CBN. They should hear the other side,” Santos said on Saturday.
RELATED STORY: Cayetano assures ABS-CBN can still operate after franchise expiry
The ‘Star for All Seasons’ and lawmaker was among the sponsors of the bill that seeks to renew the network’s franchise.
House Speaker Alan Peter Cayetano previously said that the franchise renewal is not urgent and assured that the network can still operate beyond March 2020.
About 11,000 employees will be affected should the network shut down its operations.
READ ON: ABS-CBN says it’s not a perfect organization
Senators are also expressing support for the network, and they will be holding an inquiry about the franchise soon.
“Sa Senado, 2 isyu ang pag-uusapan du’n, ‘yung rehabilitation ng Taal victims dito sa lalawigan ng Batangas at ‘yung prangkisa ng ABS-CBN,” Senator Ralph Recto said.

This website uses cookies to improve your experience while you navigate through the website. Out of these, the cookies that are categorized as necessary are stored on your browser as they are essential for the working of basic functionalities of the website. We also use third-party cookies that help us analyze and understand how you use this website. These cookies will be stored in your browser only with your consent. You also have the option to opt-out of these cookies. But opting out of some of these cookies may affect your browsing experience.
Necessary Always Enabled
Necessary cookies are absolutely essential for the website to function properly. These cookies ensure basic functionalities and security features of the website, anonymously.
Functional
Functional cookies help to perform certain functionalities like sharing the content of the website on social media platforms, collect feedbacks, and other third-party features.
Performance
Performance cookies are used to understand and analyze the key performance indexes of the website which helps in delivering a better user experience for the visitors.
Analytics
Analytical cookies are used to understand how visitors interact with the website. These cookies help provide information on metrics the number of visitors, bounce rate, traffic source, etc.
Advertisement
Advertisement cookies are used to provide visitors with relevant ads and marketing campaigns. These cookies track visitors across websites and collect information to provide customized ads.
Others
Other uncategorized cookies are those that are being analyzed and have not been classified into a category as yet.
SAVE & ACCEPT
176 shares
Close