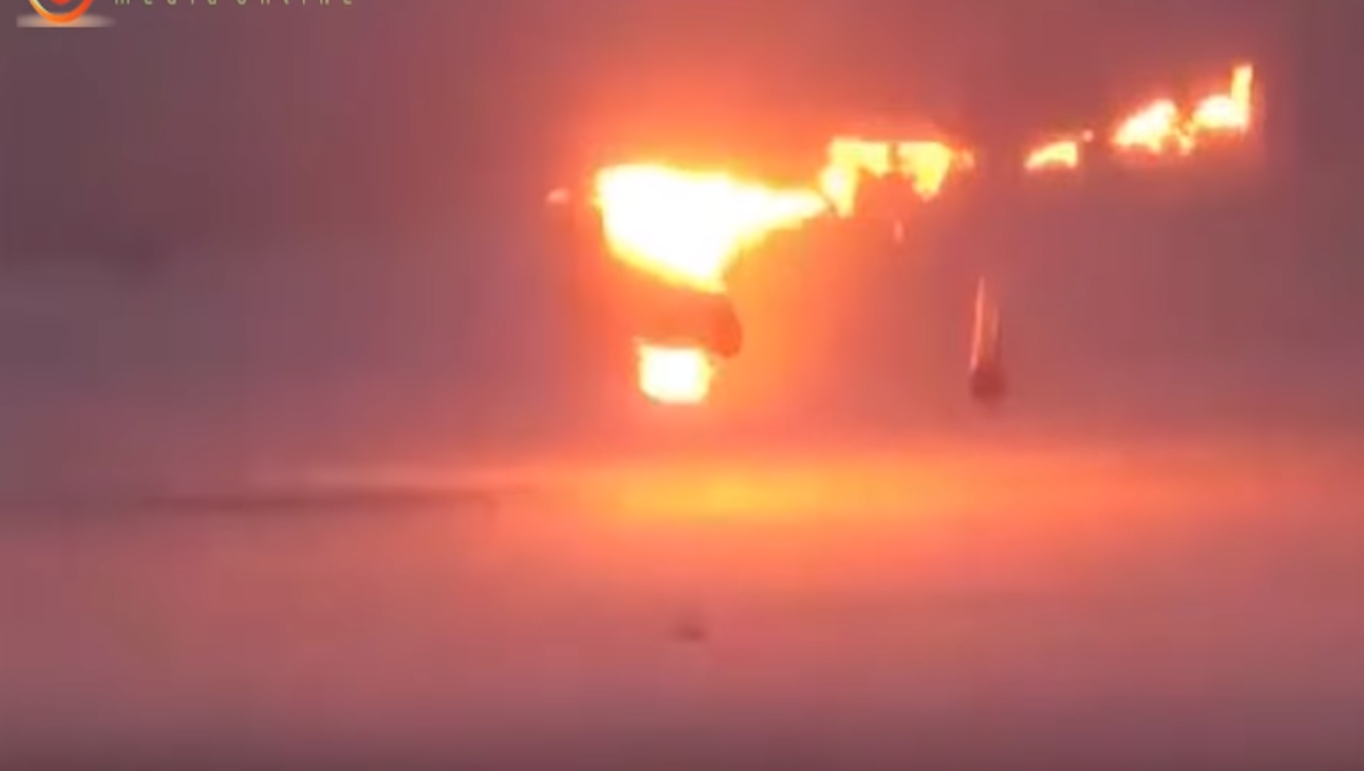 A Russian bomber jet was split in two and exploded during a training exercise at the Olenya air base above the Arctic Circle.

Reports state that the Russian Tu-22M3 bomber jet was attempting to land when it bounced on the runway forcing the aircraft’s aircraft’s fuselage to split into two. The aircraft exploded and was engulfed in flames immediately after.

The bomber jet was used as a part of a military training exercise when the incident happened on January 22.

A video of the incident shows that it was foggy due to heavy blizzard which led to low visibility. It is believed that strong wind gust was the possible reason for the incident.

“The crew did not respond the commands of flight management team. The fuselage burned down,” a leaked accident report states.

The incident took the lives of three people who were identified as captain Major Alexey Guryev his two co-pilots Konstantin Mazunin and navigator Viktor Greyf.