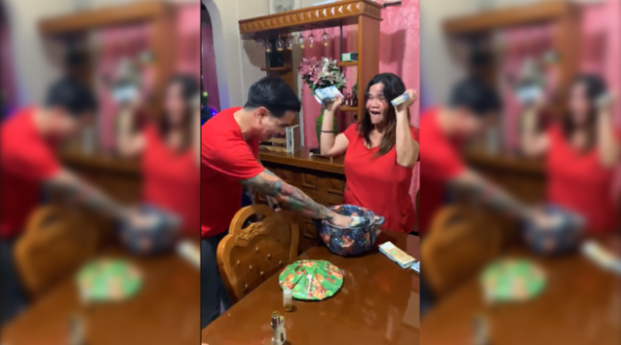 In a video posted on Facebook, Rotski Bautista explains how he likes playing around with his mother. For the Christmas season, Bautista says he would surprise his mother with an unexpected gift.

He called his mother, Paz, to play a similar game to Pera or Bayong. Then he asked her mother to choose between cash worth Php10,000 or the item inside the box.

Nanay Paz chose the gift in the box, which was later revealed to contain a cooking pot, over the Php10,000 cash.
Then for the second round, she was asked to choose between Php15,000 cash or the item inside the pot.

In a GMA News report, Bautista explained that his mother raised him and his two siblings by selling lugaw. In an act to thank his mother for her sacrifices, he decided to give his first million to his mother.