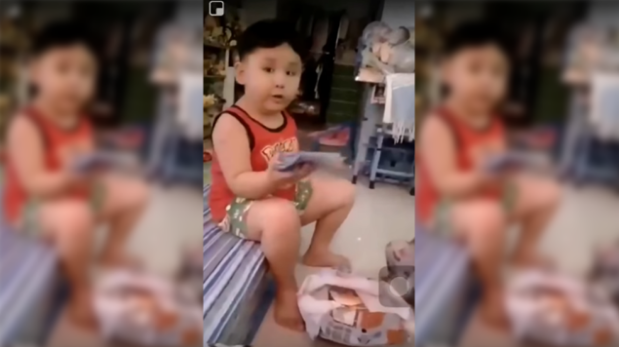 The Christmas season may be over but a video of a young boy’s “disappointed” reaction over a handkerchief gift continues to make the rounds on social media.

In a video credited to Les Villanueva, a young boy is seen opening his Christmas present.

To his disappointment, he only received two sets of handkerchiefs.

In his crisp Batangueno accent, the young was only able to say: “Naku po, panyo lang. Aba, dalawang panyo, eh”.

The young boy’s reaction coupled with his crisp accent has been viewed for more than 400,000 times.

Many netizens said that the video was able to give a smile to their faces.

Another netizen said that the young boy reminded her of her niece.