The daughter of an overseas Filipina worker (OFW) in the United States is running for a seat in Texas’ 23rd Congressional District.

Political experts say that she might be the first Filipina-American in the US Congress.

After winning the Democratic primary runoff, Filipina-American Gina Ortiz Jones will have an uncertain route to the Congress as the Texas district is considered as a “toss-up”. Jones will be facing Republican representative Will Hurd who won the elections in 2014 and 2016, reported The FilAm.

Jones’ American roots began when her mother, Victorina Ortiz, flew to the United States to work as a domestic helper in the 1970s. Today, her mother works as an educator and works closely with children with special needs.

While Jones have been residing in the US for most of her life, she said she is very proud of her Filipino roots.

“I’m very proud of my Filipino background. My mother is from Pangasinan. She is Ilocano, I am Ilocano,” Jones said. 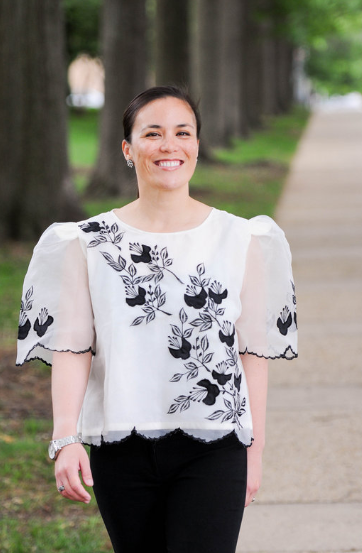 What are her chances to win?

As mentioned, Jones’ district is a toss-up. While Texas as a state is considered to be a Republican state for decades, immigrants and the changing demographic in Jones’ district could help her get a win as her opponent, Hurd, is a supporter of US President Donald Trump’s anti-immigrant laws.

Moreover, Hurd’s win in 2014 and 2016 was not a landslide victory thus giving the Filipina-American a better chance to snatch a win as her opponent.

Democratic presidential candidate Hillary Clinton also won in the district during the 2016 presidential elections. Democrats are also expected to win control of the US House of Representatives with the upcoming midterm elections this November.

Jones’ beginnings and credentials is also expected to work for her since she is an immigrant and a veteran who served as an Army intelligence officer in Iraq, and a government servant who worked as a director in the office of the U.S. Trade Representative.

“I’ve been honored to serve our country in and out of uniform. I studied hard and worked hard,” Jones said. “We are being tested as Americans.”

In one word, the report best described Jones’ candidacy as a “toss-up”. If one would ask Jones, however, her response when asked about her chances of winning is blunt and simple: “A hundred percent.”

‘It’s time to give back to UAE’: Meet Pinoy volunteers at Expo 2020 Dubai

Sara Duterte thanks supporters for funding ads about her