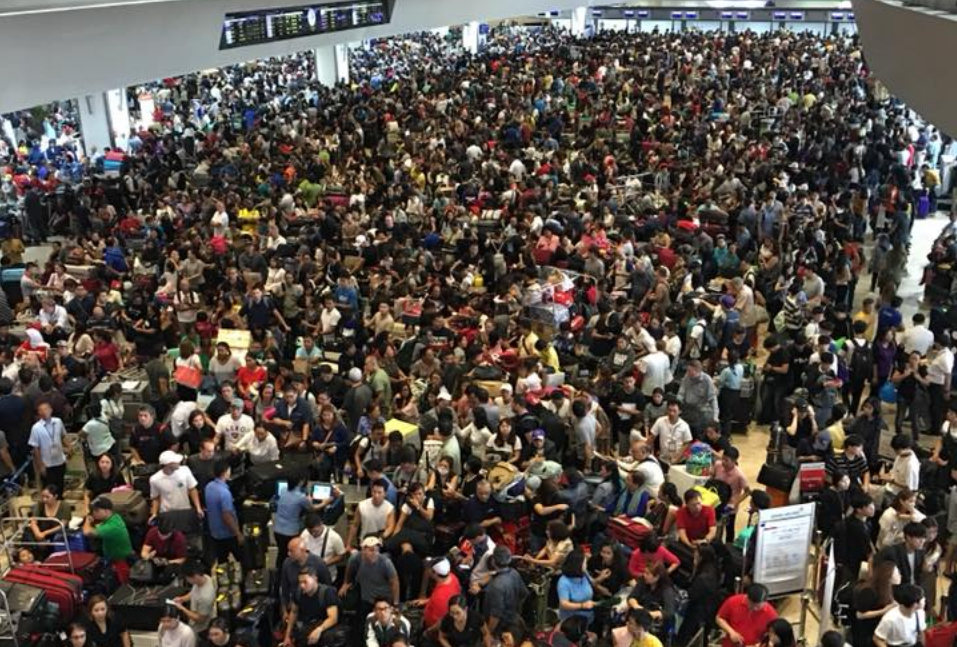 The Department of Foreign Affairs said that they will be providing financial assistance worth P5,000 to overseas Filipino workers who have been affected by the runway closure at the Ninoy Aquino International Airport.

OFWs who are still in the country can claim the money at NAIA Terminals 1, 2, at 3 in the office of migrant workers affairs in Roxas Boulevard.

DFA also said that they are willing to extend help to the affected OFWs by releasing certifications that their flights got delayed in order for them to keep their employments.

They also said that they are ready to coordinate with the OFWs’ employers regarding the incident.

Previous report stated that a Xiamen airlines aircraft ripped off one of its engines resulting in multiple cancellation of flights because the runway was blocked off at NAIA.

Due to the incident, many passengers were left stranded at the airport and some overseas Filipino workers even feared of losing their employment because they were not able to board their flights.